Bottom of the table Adelaide United and Perth Glory share the points in tight match.

Perth can make a comeback

Going into the sheds down 2-0 at half time, things weren’t looking so good for Perth. But Bobby Despotovski’s team proved that they have the fighting spirit to make a comeback.

It was a tough game, where the Glory were losing despite having a number of early chances.

The Glory had an uphill battle to fight, but they worked tirelessly in the second half to get a point out of this game.

Within seven minutes of the second half, Crystal Thomas was able to get one back for the Glory. For the majority of the second half Perth continued to push, but it looked as though the score would remain 2-1 to Adelaide.

Finally, the equaliser came for Perth in the dying minutes of added time. Morgan Andrews took a penalty with moments to spare, making the score 2-2.

This game shows that Perth have the fighting spirit and the belief in themselves to make a comeback, even when the situation seemed bleak.

This was Perth’s second draw of the season, which means they now have two points to their name.

The moment @PerthGloryFC
snatched a point from the jaws of defeat. #ADLvPER #WLeague

The moment @PerthGloryFC
snatched a point from the jaws of defeat. #ADLvPER #WLeague 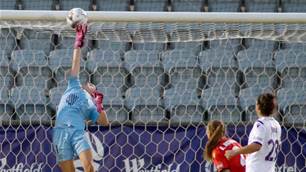