Hockey Australia have announced the 27-member 2019 National Senior Women’s Squad as the team builds towards the 2020 Tokyo Olympics.

The Hockeyroos, who finished the 2018 year ranked third after being runners-up at the Champions Trophy in November, will compete in the inaugural FIH Pro League from January to June next year, followed by the Oceania Cup which is the qualification event for the Tokyo Olympics.

The Selection Panel considered a number of priorities upon selecting the squad, with a long-term view to medal at the 2020 Tokyo Olympics along with achieving performance benchmarks in 2019 at the Pro League and Olympic qualification.

The Selection Panel also looked to reward impressive performances within the daily training environment and national/international matches throughout 2018.

"We’re looking to narrow our focus towards Tokyo and have identified the key skills we believe necessary to enable success.

“It’s been a tough process. There’s a lot of good players who’ve missed out.

“But we want to give some opportunities to people who’ve been performing well in our national level, internationally or in their domestic environment.”

There are five new inclusions in the 2019 National Senior Women’s Squad, with Rebecca Greiner, Greta Hayes, Hayley Padget, Penny Squibb and Sophie Taylor added after all debuted in 2018.

Greiner, who is a 19-year-old forward who hails from Bundaberg, debuted for Australia at the 2018 Champions Trophy in November where she scored on debut, having finished as the joint top scorer at the 2018 Australian Hockey League (AHL) and having won the 2018 Under-21’s National Championships Player of the Tournament in July.

“Beck is a young fast striker who can score goals,” Gaudoin said. “She’s got a great heart and works really hard. She’s been fantastic.”

Sydney University midfielder Hayes, 22, also debuted for Australia at the 2018 Champions Trophy, where she provided an assist in her second cap. Hayes was part of Australia’s 2016 Junior World Cup team and played a key role as the NSW Arrows won the 2018 AHL, including scoring in the final.

“Greta is a hard-working midfielder,” Gaudoin said. "She’s got a great engine that will allow her to go with a lot of opposition midfielders internationally."

Victorian midfielder Padget is a great tale of determination, overcoming years of injury and frustration to debut for the Hockeyroos as a 26-year-old in September’s Four Nations in Japan where she scored in her maiden appearance.

“Hayley is a fast attacking midfielder who can create goals and create chances,” Gaudoin said.

Tambellup defender Squibb joins the squad as a 25-year-old after several years in the National Development Squad. She also debuted at the Champions Trophy, scoring in her fifth cap, while she was a joint top scorer at the 2017 AHL for the WA Diamonds.

“Penny is a strong defender who has a great penalty flick and reads the game well,” Gaudoin said.

Victorian defender Taylor memorably debuted for Australia on her 23rd birthday at September’s Four Nations in Japan. She was part of Australia’s 2016 Junior World Cup team and helped the Victoria Vipers win the 2017 AHL title.

“Sophie is another good young defender who has a great out-letting range,” Gaudoin said.

Still lost for words... but I’m very excited to finally be able to share this news! Can’t wait to be apart of the 2019 Hockeyroos squad and looking forward to moving to perth. Thank you to all the special people who have made this dream become a reality 💛💚 Think it’s time for a new head shot...!

Queensland pair Ashlea Fey and Jordyn Holzberger and Victorian forward Emily Hurtz are omitted from the 2019 squad, while WA forward Kathryn Slattery has opted to step away from the National Program indefinitely.

“Performances have been taken into account over the past year and more. Whilst it’s disappointing for those who miss out, we’re excited about those coming in as well.”

On 25-year-old Slattery, Gaudoin added: “We wish Slatts all the best and we’ll see where it takes her. The door is definitely not closed with her on returning.”

The squad, whom are now on a break after finishing runners-up at last month’s Champions Trophy, will reconvene for training in Perth on Monday 14 January.

The Hockeyroos will play world number one Netherlands in their opening game of the inaugural FIH Pro League in Melbourne on Saturday 2 February on FOX SPORTS. Tickets are on sale now via ticketbooth.com.au. 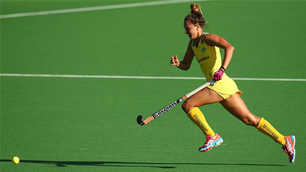 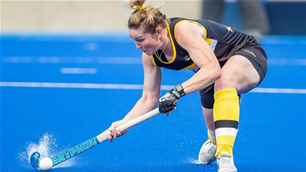 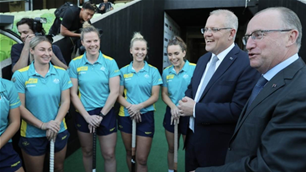