Goals from Logarzo, Harrison and Raso see the Young Matildas through 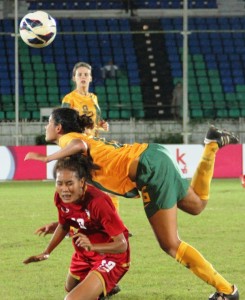 Goals from Logarzo, Harrison and Raso see the Young Matildas through

The Young Matildas are through to the semi finals of the AFF Women's Championships after a hard fought 3 - 2 win over Thailand in the crucial Group A match at the Youth Training Centre, Yangon.

The two top sides of Group A, the match started quietly for Australia with Thailand almost taking the early advantage when striker Sunisa Srangthaisong tested MacKenzie Arnold  in the eighth minute.

A see sawing midfield battle ensued with neither side able to gain the upper hand until the 28th minute when the lightening pace of Hayley Raso opened up the Thai defence on the counter. A lovely ball to Logarzo saw the Sydney FC forward slam home the opener.

On top on the scoreboard the Young Matildas doubled their advantage on the shadows of half time when Amy Harrison tried her luck on the edge of the box with a lovely strike.

A lapse in concentration enabled the  Thais to pull one back with an easy goal Wilaiporn Boothduang despite  Arnold's best efforts.

Buoyed by their goal, Thailand started the second half brightly and just three minutes in they were level.  Concentration was again the issue when  Taneekarn Dangda punished uncertain Australian defending to poke the ball for the equalizer.

Just on the hour Australia re-took the lead with Raso quick to pounce on a failed clearance with the Young Matildas' top goalscorer tucking home their third and the eventual match winner.

The win sees Australia sit on top of Group A and secure a semi final berth with three wins from their opening three games.

Their next match is on Tuesday, 17 September against second placed Vietnam at 7.00pm (AEST). 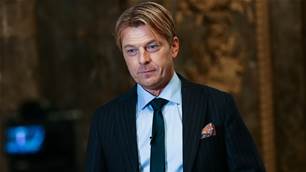