Former US Open champion and tournament favourite, Samantha Stosur, has received a wildcard to the US Open.

The 35-year-old former world number four won the tournament in 2011 and has forged a strong reputation in the States as a competition favourite, not just among fans but the organisers themselves.

Stosur was of course also world number one in doubles for a whopping 61 weeks, her transition from doubles domination to Grand Slam singles success a model followed by current Aussie world number two, Ash Barty.

Persistent shoulder injuries have hampered Stosur over recent years, leading to her drop in the rankings to her current spot barely inside the top 100, at 94. 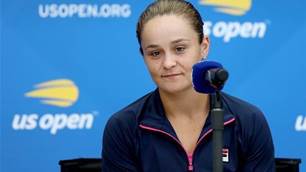 So Close, Yet So Far: Best & Worst of the US Open