Tameka Yallop believes there is plenty of improvement left in the Matildas between now and their opening FIFA Women's World Cup game.

The national team are on the fifth day of their pre-World Cup training camp in Turkey.

However, it's not long until the team fly to Eindhoven to take on the world No.8 Netherlands in their last friendly before the Matildas head to France.

The whole team is looking forward to getting back on the field for a match once again.

"I think any game is exciting for us especially once you are in camp and you are training, and we are training towards our first game at the World Cup,” Yallop said.

“But it’s nice to have a good hit out in between then and the girls are definitely looking forward to it.” 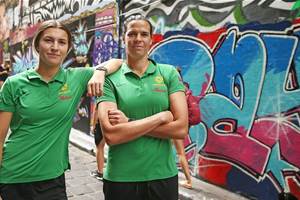 Australia goalkeeper and World Cup veteran Lydia Williams says the Matildas' combination of youth and experience will be crucial for their campaign in France.

It's can't be beaten around the bush that it hasn't been a smooth ride in World Cup preparations for the Matildas with coaching changes in February, injuries, lack of match fitness and a new style of play.

However, Ante Milici's side does have a secret weapon.

There are 17 players in the current crop of 23 that played together at the Asian Cup last year with many of them having history that goes back further than that.

"I think we are all pretty used to each other so we know how we perform and we have set expectations and standards," Yallop said.

"We're excited and kind of holding up what we want to achieve so we are definitely driving for that and I think we will be there."

Yallop is also one of six Matildas headed to their third World Cup but both previous World Cups have been to feel pretty different to the 27-year-old.

"One was in Germany, it was in Europe so it was grass-based, and Canada was turf, which was quite different," she said.

"I am looking forward to getting back on the grass and also in Europe, which is where I have been playing club, so for me, it is less of a transition.

"I think the atmosphere is going to come at us in France and will be pretty similar to Germany, but the women’s game has gotten so much bigger as well since then, so I am excited for it.” 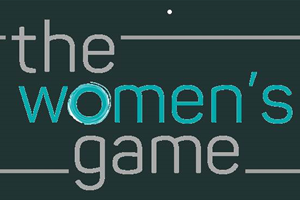 The Matildas face the Netherlands on June 2 (AEST) from 2:15 am with the match to be broadcast LIVE on FoxSports and SBS Viceland before they open their World Cup campaign against Italy on June 9.