Australia is bidding for a FIFA Women's World Cup.

Australia is bidding for a FIFA Women's World Cup.

For many in Australian women's football, and football in general, Tuesday's announcement by Prime Minister Malcolm Turnbull was welcome and, arguably, overdue.

With rumours as far back as 2011, an Australian bid for the biggest women's sporting event in the world is seven years in the making.

For Football Federation Australia's Head of Women's Football Emma Highwood, the announcement of bid is on the back of six months of intensive consultation with several key stakeholders including the Australian Federal Government and the FFA Board.

"It has been a long journey to get this stage and we are pretty committed," said Highwood post announcement.

"We feel like that it's going to be a real game changer for the women's game and for sport more broadly."

The Australian bid is part of the implementation of the FFA's "Whole of Football Plan" released in 2015 and the more targeted Women's Football Strategy released in 2016.  As well as the governing body, the hosting of Women's World Cup is also prevalent in the PFA's Grassroots to Greatness women's football blueprint.

For the FFA, one of the key drivers in bidding is the potential impact of a successful World Cup for women's football locally. 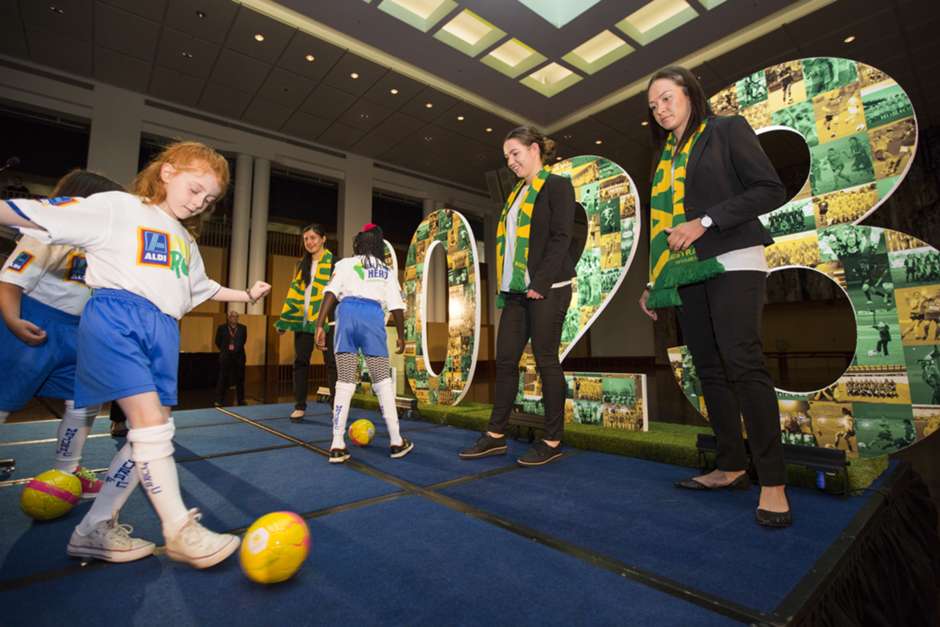 Legacy is a loaded word when it comes to nations hosting international tournaments.  However, in the past two decades, the Women's World Cup is one such tournament that has seen tangible legacies for its hosts.

The United States' hosting in 1999 famously resulted in an explosion of the women's game and eventually the professionalisation of their national team and creation of women's football leagues – even if it has taken a third incarnation to stick. Women's football in America is big business now. Nearly 23 million Americans watch the USWNT hoist the 2015 WWC trophy and the team itself generates millions of dollars in revenue for the USSF.

The 2011 WWC in Germany saw the DFB make a €7.6 million profit with approximately €5 million reinvested in women's football and another €20,000 provided to the stadium operators for each match held at their venues.

Canada's financial return has been less visible but there appeared to be a windfall of approximately $10 million reported from their hosting of the 2015 tournament.  Canada too is experiencing an increase in participation numbers and support for their national team with their last match seeing a crowd of 20,628.

With over 273,000 girls registered in the sport and thousands more youth and adult women, that potential impact on the game locally combined with the global reach was enough to get the federal government on board.  A federal government that would have been understandably wary considering the last FIFA related bid.

"The Australian Government are supporting women's sport," Highwood continued.  "That has been seen both at State and at Federal level so that was an important part of our discussions."

"It is not just about the tournament, it is about the impact that will have on women's football and football more broadly."

"It will be bigger than the Asian Cup; the reach is broader, certainly from a broadcast perspective and also from an attendance perspective."

Australia is no stranger to hosting significant international tournaments and boasts a strong track record from the 1956 Melbourne Olympics through to the 2015 Asian Cup.

In fact, it could be argued that one of the legacies from the successful Asian Cup tournament was a renewed appetite for bringing another significant football tournament to Australia.

The Asian Cup did a lot of things right.  Apart from the technical and operational aspects, the Local Organising Committee's strategy of engaging local communities proved to be effective.

Activating the football community and the general Australian public will be one of the keys for a successful tournament.  It also looks to begin to address one of the criticisms from many corners in relation to women's football and the W-League, particularly in light of the encroachment of other sporting codes.

Aware of this challenge, Highwood believes the Women's World Cup would provide an excellent opportunity to boost those conversations.

"There are more and more kids, girls and boys, Mums and Dads engaging with our game and we need to start to connect them with our Matildas and W-League stars."

"That is the next stage of evolution for women's football at the grassroots."

"There is a very passionate and activated community and we need to make sure that we leverage that and give them the opportunity to help us to grow the game and this tournament."

"Our state federations, local associations and local clubs are going to play a crucial role in that."

Activating the football community, and the sporting public, generally has been a recipe for success in previous tournaments.  USA 1999 saw the USWNT travel America for months on end, connecting supporters and non-supporters alike.  The same strategy was used in Germany and Canada.

For Australia it could mean a further uplift in the already growing profile of the Matildas.  Highwood's view is that the benefits could potentially expand beyond women's football.

"We are an international sport and hosting a tournament like this can actually help us to leverage the potential for the sport as a whole;" she said.

"There are more and more girls playing the game, there is more commercial interest coming into the game but at the end of the day if we can bring the best football from across the world and showcase that in Australia, that is going to have an impact on the game as a whole."

Decision made, the real work now commences for the FFA with a Bid Team set to be established.  The bidding process is roughly as follows:

For Australia, their very public expression of interest means Highwood and her team are commencing the consultation process first.

"Being in a federated structure, we want to start early," she said.

"From there we will start to engage with a number of state and territory governments to determine in the interest." 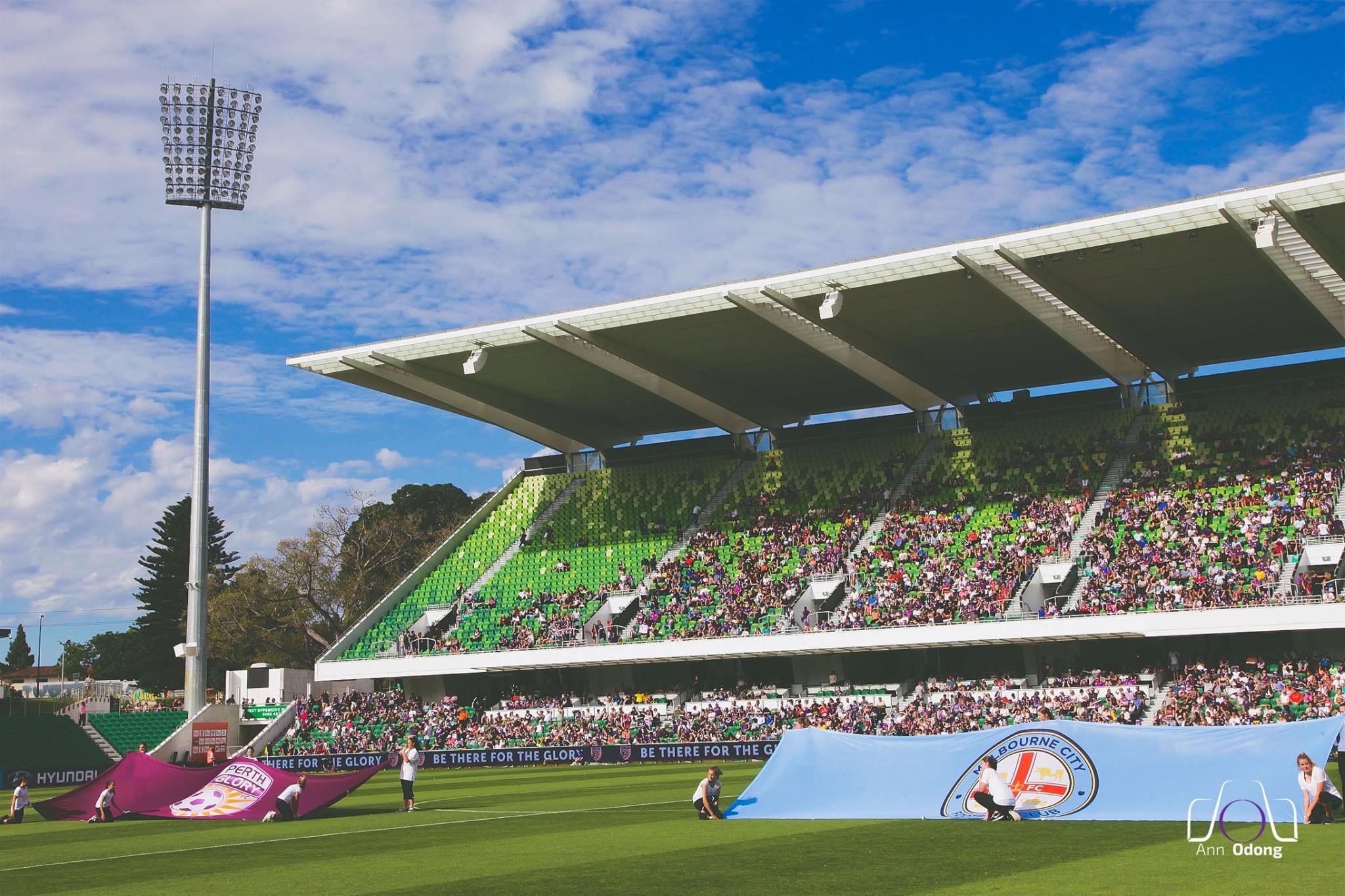 2023 is open to all states and territories to demonstrate their interest and put forward their proposals.  As to the criteria to become one of the 6 host cities, the financial aspects will be just one factor.

"One of the critical things for us will be not just bums on seats but how can they use this to really activate the local community and really engage with that local community at the grassroots."

That ACT Government, through ACT Sports Minister Yvette Berry, has already expressed their interest in being a part of the bid.

"The government is yet to be formally approached by the FFA regarding the Women's World Cup bid, [but] the ACT government would be interested in being part of the bid subject to a full understanding of the costs and benefits," Berry told The Canberra Times.

"The ACT government has made a strong commitment to women's football."

"We strongly support this bid and the hosting of games here in the ACT, it represents great progression for Australian women's football."

The Bid Team will then prepare bid documents for submission in late 2018.

Australia is not the only nation to express their interest publicly with Colombia, Trans-Tasman rivals New Zealand, confederation neighbours Thailand and women's football heavyweights Japan doing so back in December 2013,

"I think from our perspective, we actually feel that we have a really good shot at this to be honest.  We wouldn't actually be proceeding if we didn't."

Of the all the nations, Japan is the biggest threat to an Australian bid.  The Japanese Football Federation have been one of the strongest supporters of the women's game previously hosting the 2012 U-20 Women's World Cup as well as an invitational Women's Club World Championship and investing heavily in their own women's programs.  The result has been a host of medals at the WWC, the U20 WWC, the U17 WWC and the Olympic Games.

"We have engaged with the AFC and already engaged with FIFA in this space but we have got to focus on really selling our bid locally, within Asia and internationally as well."

"We are convinced that we will have the best opportunities to showcase football in Australia."

While there several good candidates and there are still hurdles to navigate, Highwood is reasonably confident in Australia's chances of securing one of the world's biggest sporting tournament.