A bid for the 2023 Women's World Cup was one of the key points outlined in the FFA's launch of the Whole of Football Plan (WOFP), a 20-year vision for Australian Football.

A bid for the 2023 Women's World Cup was one of the key points outlined in the FFA's launch of the Whole of Football Plan (WOFP), a 20-year vision for Australian Football.

The WOFP comes after consultation with the major stakeholders, FFA key commercial partners and the Australian Football community, including more than 20,000 people on the online survey and 13 community forums.

FFA CEO David Gallop said the WOFP would provide the blueprint as football aims to become Australia's largest and most popular sport.

“The Whole of Football Plan gives everyone in Football a long-term view of what the game needs to do in order to fulfill its potential and reach its destiny,” said Gallop.

“Football is on a mission to become the largest and most popular sport in Australia. It’s a bold idea, but now is the time for the Australian Football community to bring it to life."

The WOFP covers the areas of competition (including the W-League), national teams and administration (including coaching, refereeing and facilities).  It will form the basis of the 2015-19 FFA Strategic Plan to be published later this year.

The motherhood statement is as follows:

"Women’s Football will not be viewed in isolation; instead it is a critical consideration across every part of the Football Ecosystem."

The headliner from women's football's perspective is that for the first time, in print, the FFA has stated they will bid for a Women's World Cup and, in particular, the 2023 edition.

"Hosting a FIFA Women’s World Cup would provide a great showcase for the women’s game in Australia and inspire a generation of women to take up Football."

While it is great news for those who have been advocating for an Australian Women's World Cup bid, the WOFP also sets out some crucial landmarks to be achieved for women's football. 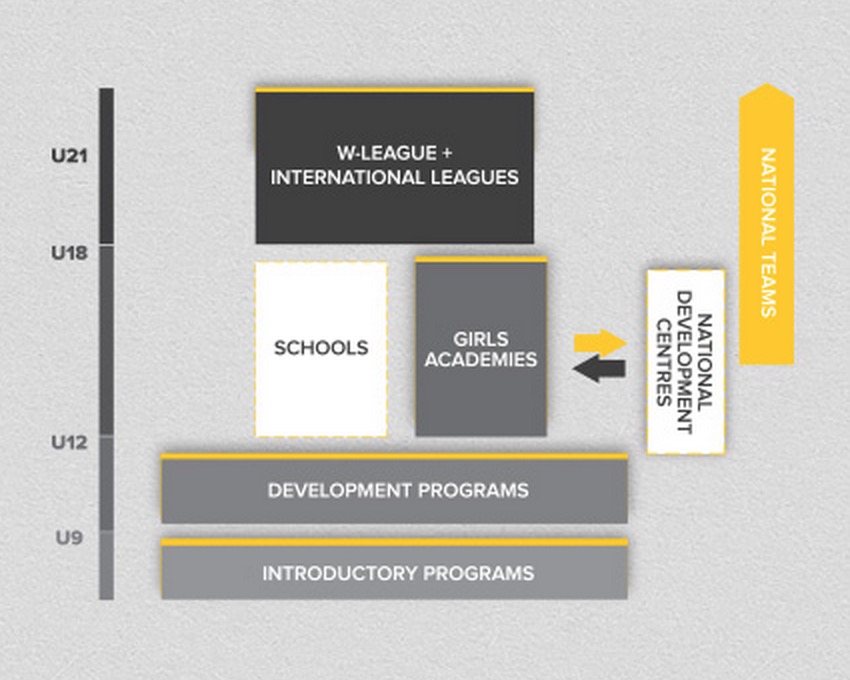 The WOFP covered several areas and as a blueprint it has not provided any costing or concrete time period apart from the 20 years. What remains to be seen in the next 12 months is the structures to be set in place to achieve these projections and goals.