Tributes are pouring in for Joe O’Connor, a pioneer of women’s football, who passed away at the age of 88 in Perth on Wednesday night.

O’Connor, the husband of FFA Hall of Famer Pat, was instrumental in building the foundations of women’s football in NSW and also nationally.

Along with Pat, O’Connor started the NSW Metropolitan Ladies Soccer Association (MLSA) in 1967, and also built the Australian Women’s National Championships in 1974. All of this while standing up to the doubters, many of whom were opposed to women’s football.

Trixie Tagg, who played under O’Connor for Sydney Prague, St George and NSW paid heartful respect to a man she credits as having a significant impact on her life.

“Speaking from the heart, he was simply the best,” she said. “He was a coach, mentor, friend and father figure.

“He influenced in the most positive and caring ways so many of our girls' lives on and off the football field.

“His Irish accent and sense of humour would brighten anyone's day.

“He loved his wife Pat and son Kirk immensely. I am sure his grandson and granddaughter will also be proud of his achievements.”

O’Connor also coached the ground-breaking 1975 Australian XI, who played in the first ever Women’s Asian Cup in Hong Kong. They finished third. This team has never been officially recognised as Matildas, with many including O’Connor fighting for them to get recognition.

Tagg, who also part of that Australian team, went on to become the Matildas first ever female coach in 1980.

“Joe and Pat O'Connor were instrumental in promoting womens football and laying the foundations of Australia co-hosting the 2023 Womens World Cup,” she said. “They are the godfather and godmother of women’s football in Australia.”

O’Connor coached several players who went on to play for the Matildas including the likes of Kim Coates, Julie Dolan, Cindy Heydon and Connie Selby, with a number of his charges ending up in the FFA Hall of Fame along with Pat.

Coates, who represented Australia between 1978 and 1983, was glowing in her praise of her former gaffer.

"I have such fond memories of such a wonderful, kind and caring man who was a huge influence on my life,” she said. “Joe not only taught me how to enjoy playing soccer, but how to be a part of a team.

“A team of wonderful girls and women who genuinely cared for each other. This was due to both Joe and Pat O'Connor.

“I remember times at Pat and Joe's learning how to head the ball in the pool or how to side kick. Having fun while learning soccer skills. This was Joe's way of training...learn your skills but whenever possible have fun while doing it.

“I have some many wonderful memories of my soccer days under Joe's coaching. Training was always something I looked forward to as well as playing alongside some of the best women's players this country has ever or will ever see.

“All under the watchful eyes and guidance of Joe. I know I might be biased but for good reason and I know what I know.” 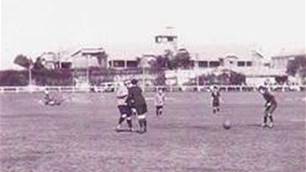