Amanda Farrugia is on holidays, a time to take a break from the day-to-day “coaching” of her young students as a Physical Education teacher in Sydney’s west.

She’s also on holidays of sorts from her other career as captain of the Greater Western Sydney Giants – right in the middle of a long off-season stretching from March to January.

While she might have plenty of formal time off, Amanda won’t be resting on her laurels. Whether it’s planning for next term, preparing to be involved with the Women in Sport Summit or even making sure her escape-happy canine companion gets apprehended mid-interview, Farrugia embodies a stellar example of industrious pro-activity for girls and women interested in diving into sports.

You’ll catch me doing this again next year. Cant wait to be back on the bus with my Giants gals. #neversurrender @gwsgiants #aflw2019

“Girls will find their way in the world and in sport, as long as they work hard and they see the talent that they have & they use it in the right way – they’ll be just as successful as any boy.”

Amanda puts her faith squarely in the abilities of women to rectify inequalities in the sporting landscape and sites examples in other sports as complementary to the AFLW, if not exactly the same.

“I think the best thing for girls participation now is that they’re seeing very clear pathways for professionalism in lots of sports, not just Australian Football.

"Netball, cricket, rugby union and now rugby league...sports like cricket and netball allow their players to be completely professional and that’s really good, but those sports have been around a lot longer than what we have and there’s been a lot more development in the quality and skill of each.”

Moving towards pay equality has been an issue getting plenty of airtime of late and its unresolved status continues to plague many of these sports mentioned by Farrugia. Presenters at the Women in Sport Summit will be discussing how to best tackle the pay disparity, what’s her take?

“In terms of equal pay; it’s very topical and there are a lot of sports grappling with that concept. If you speak to women generally, they’ll have an opinion of ‘Yes, we want to be paid more & so we should.’  Men, they’re usually pretty silent on the matter.

"I think it’s really important that there continues to be male champions in the AFL space that will advocate for what we need – as female athletes and just as athletes passionate about the game.

"Eventually that will mean equalling out some of the pay-gap, which at the moment is significant."

“On the flip side, I’m also a firm believer that your contribution to the game should be matched by your pay & at the moment there is a financial outlay the AFL are making to make this league viable.

"I don’t have any issue with the pay situation at the moment; it’s a semi-professional sport [and] we’ve been able to get an increase in pay every single year that we’ve played as a result of the AFLPA pushing for us to receive that.”

The Women in Sport Summit will take place at the MCG in Melbourne between August 21-23.

The summit highlights the key areas where female audiences, athletes, and executives are growing and changing the business of sport. 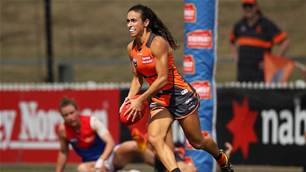 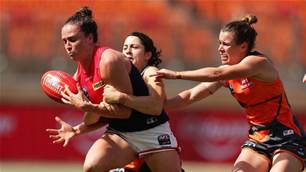 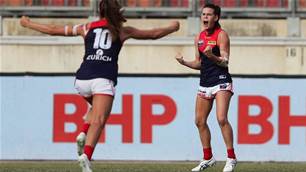