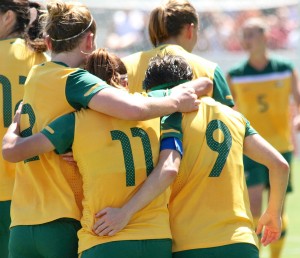 The hunt is over the US Women's National Team with Tom Sermanni announced as they new coach but it all begins now for Australia as they look to replace the charismatic Scotsman.  So what now?

The first question to ask is what role will the new coach have?  The obvious answer is to coach the Matildas.

However, as it currently stands, the position of Head Coach of the Matildas encompasses more than that. There is the national team, AIS coach and Technical Director to name a couple of roles.

Will the FFA search for a coach to perform all those functions, or, as they have with the men's game, will they spend the money to de-couple these roles and hire separate people to perform these functions.

Once that question has been answered then we can have a clearer understanding of the candidates.  For the moment we will just throw some names out there (in no order.

1. Jitka Klimkova: Klimkova is the coach for Canberra United, the defending champions of the W-League.  The Czech checks all the boxes.  She has the right education (a rare female with a UEFA Pro Licence), has coached on the international stage with the Czech under age team, has developed young players (Georgia Yeoman-Dale and Hayley Raso made full international debuts) on a her watch and has a real football philosophy for her side.

2.  Spencer Prior: Prior is a former English football professional who was last year appointed assistant to Sermanni.  He was also recently appointed the Young Matildas coach.  Again Prior has the necessary coaching badges and has the advantage of having worked closely with Sermanni for close to two years.  Prior also has a development background having worked within the AIS system, looking after the U17s for a period of time.

3.  April Heinrichs: The current Technical Director of the USSF would be a fine candidate.  Like the above two, Heinrichs has all the credentials and has the advantage of previously coaching the US WNT.

4.  Thomas Dennerby: The former coach of the Swedish National Team comes with plenty of experience and an impressive CV after claiming third place at the 2011 Women's World Cup.  Dennerby would nicely complete the coaching merry-go-round with Sundhage replacing him at the Swedes and Sermanni assuming her role at the US.  The only question about Dennerby is his ability to develop young players.