The regular season is done and dusted for the WBBL for 2018, let's take a look at the last results.

The match with the least riding on it turned out to be the match of the day, with Hobart defeating Melbourne by two runs.

Hobart got off to a good start, with Hayley Matthews and Stefanie Daffara putting on 38 for the first wicket before Daffara was stumped off the bowling of Alana King. Daffara, Matthews, then Georgia Redmayne and Sasha Moloney were all dropped by Stars fielders, with mostly simple chances going down.

Redmayne made the Stars pay, scoring 40 off 37 after being dropped on seven. In the end, six dropped catches proved to be extremely costly for the Stars, as the Hurricanes made the most of their solid platform, scoring 34 runs off the last four overs.

The Hurricanes bowled tightly all innings, and as the required run rate crept up towards eight, Georgia Elwiss felt the need to accelerate the innings. This resulted in her dismissal as Isobel Joyce executed a fantastic run out from her own bowling.

The match was seemingly over when Makinley Blows came to the crease, but she immediately scored 16 off 10 to give Melbourne a chance.

The Stars needed eleven off the last over to win and when Annabel Sutherland hit the first delivery for four, they looked to be a chance. With six off four needed, Hayley Matthews took a much-needed wicket and dashed Melbourne’s chances. 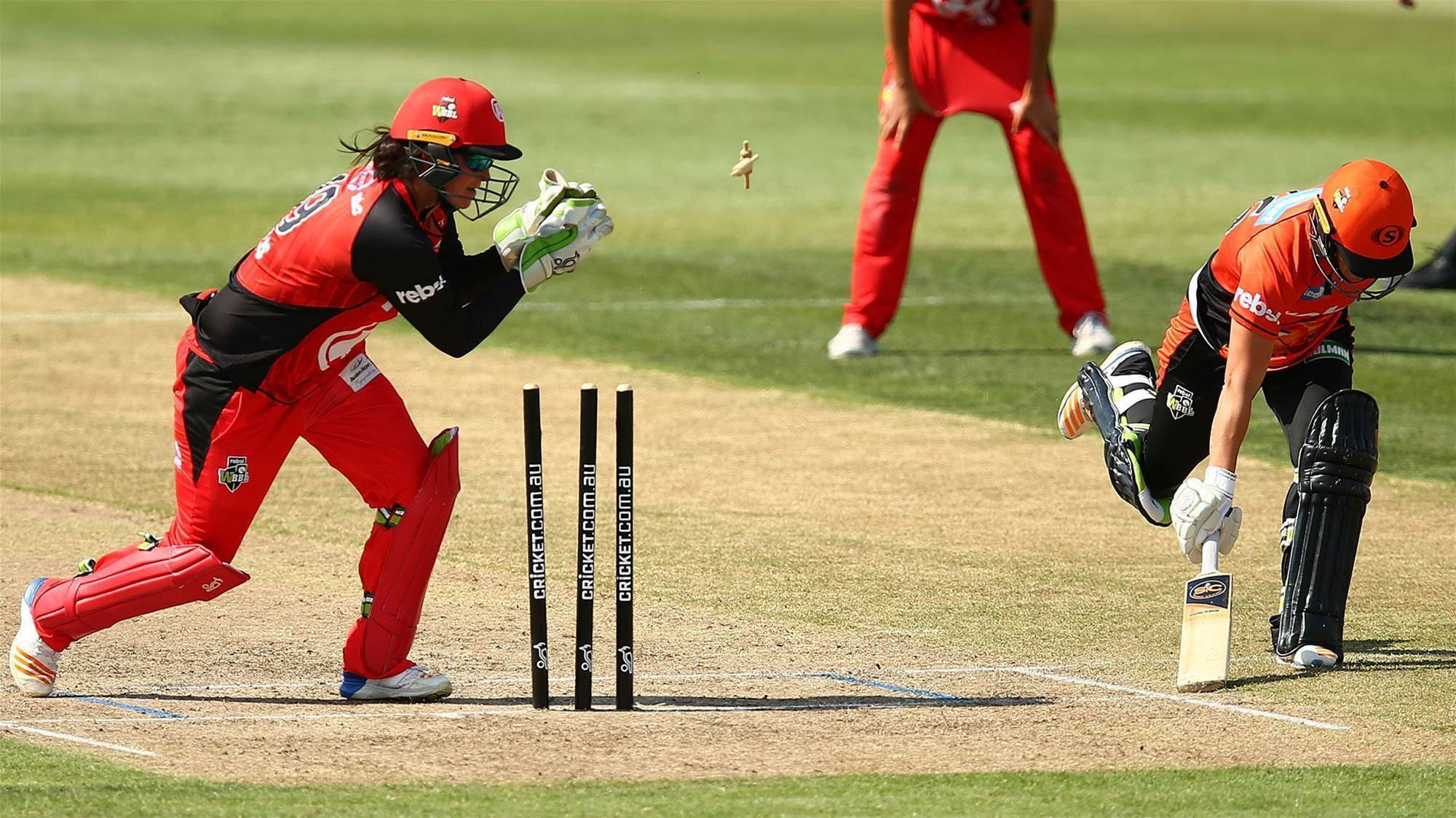 After losing to the Renegades the day before, the Scorchers came out and dominated.

Their intensity early on was fantastic, and it lifted further when English import Katherine Brunt dismissed the in-form Sophie Molineux for just one.

Perth was off to a perfect start and never looked back, with Brunt continuing her dominance, ending the day with 3/11 off four overs. Her delivery to dismiss Claire Koski was the ball of the day, clipping the top of off stump.

Amy Satterthwaite and Emma Inglis both played solid knocks, but after Koski got out, the Renegades collapsed and lost four wickets for seven runs.

The Scorchers got off to a good start with the bat too, with Elyse Villani taking 14 runs off the first over. She was soon dismissed, but the good day for the Englishwomen continued, with Nat Sciver playing a composed innings to guide the Scorchers to victory.

For the Renegades, 18-year-old Georgia Wareham showed that she is one for the future, taking 3/19 including the big wicket of Australian opener Nicole Bolton. 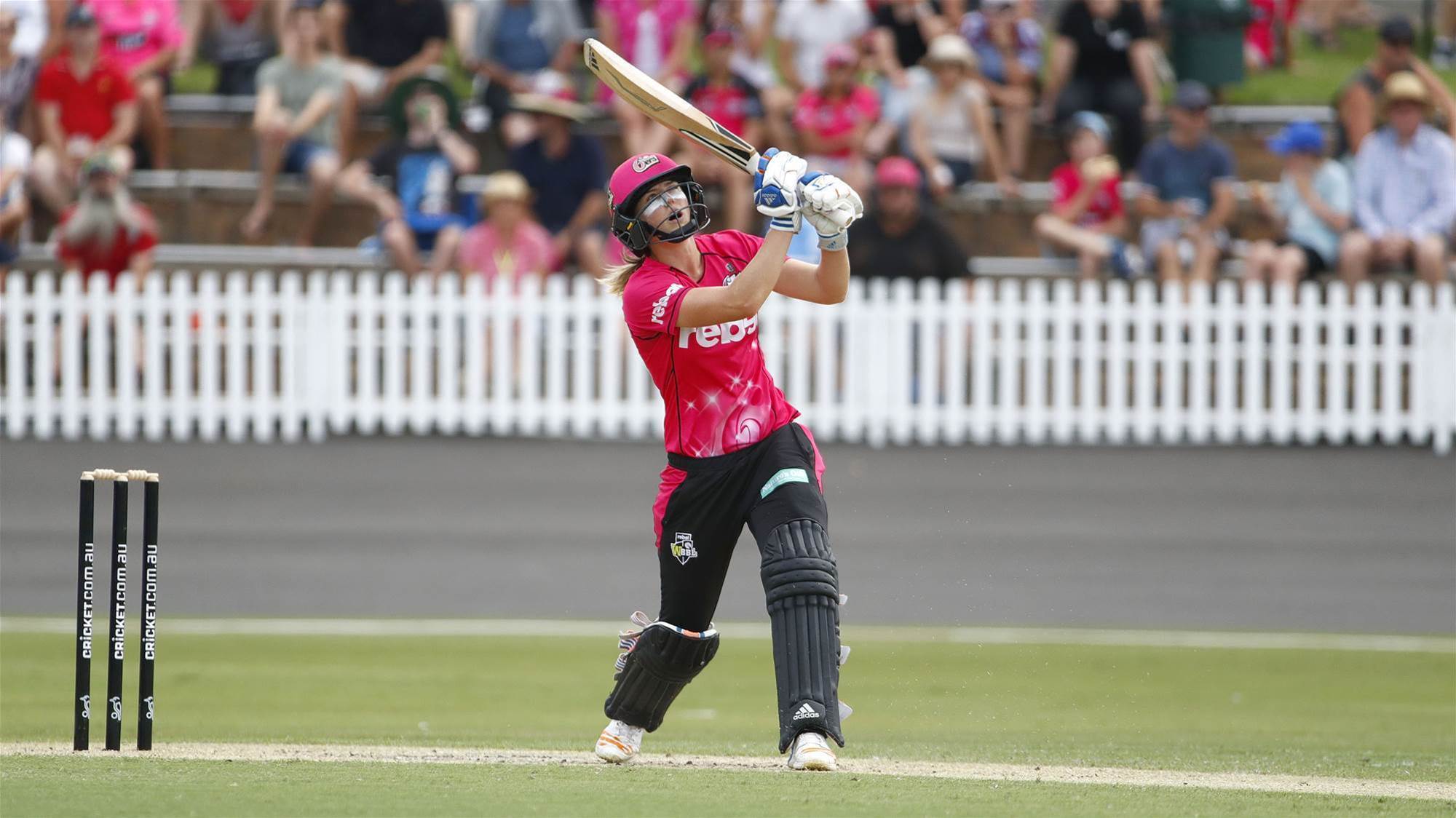 Alyssa Healy starred with the bat once again as the Sixers cruised to a comfortable victory.

The Strikers won the toss and elected to bat, but they never seemed to settle into their innings and ended with just 111 on the board. A clever bowling change from Sixers’ captain Ellyse Perry brought about the downfall of superstar Sophie Devine, with Kim Garth’s very first delivery clean bowling the dangerous Strikers’ opener.

The Strikers were crawling at roughly four an over for the first half of the innings but started to gain some momentum when Amanda-Jade Wellington joined Tammy Beaumont at the crease.

Wellington hit a glorious lofted cover drive for six but was out the very next ball, and the Strikers didn't recover.

Sarah Coyte was the pick of the bowlers for Sydney, claiming 3/18 off her four overs.

The Sixers never looked threatened in the run chase, with Healy and Berry putting on 53 for the first wicket. Healy continued her brilliant run of form, ending with 63 off 52, including some beautiful shots down the ground.

The Sixers got the runs with two overs to spare and will be looking to continue their good form when these two teams meet in the semi-finals. 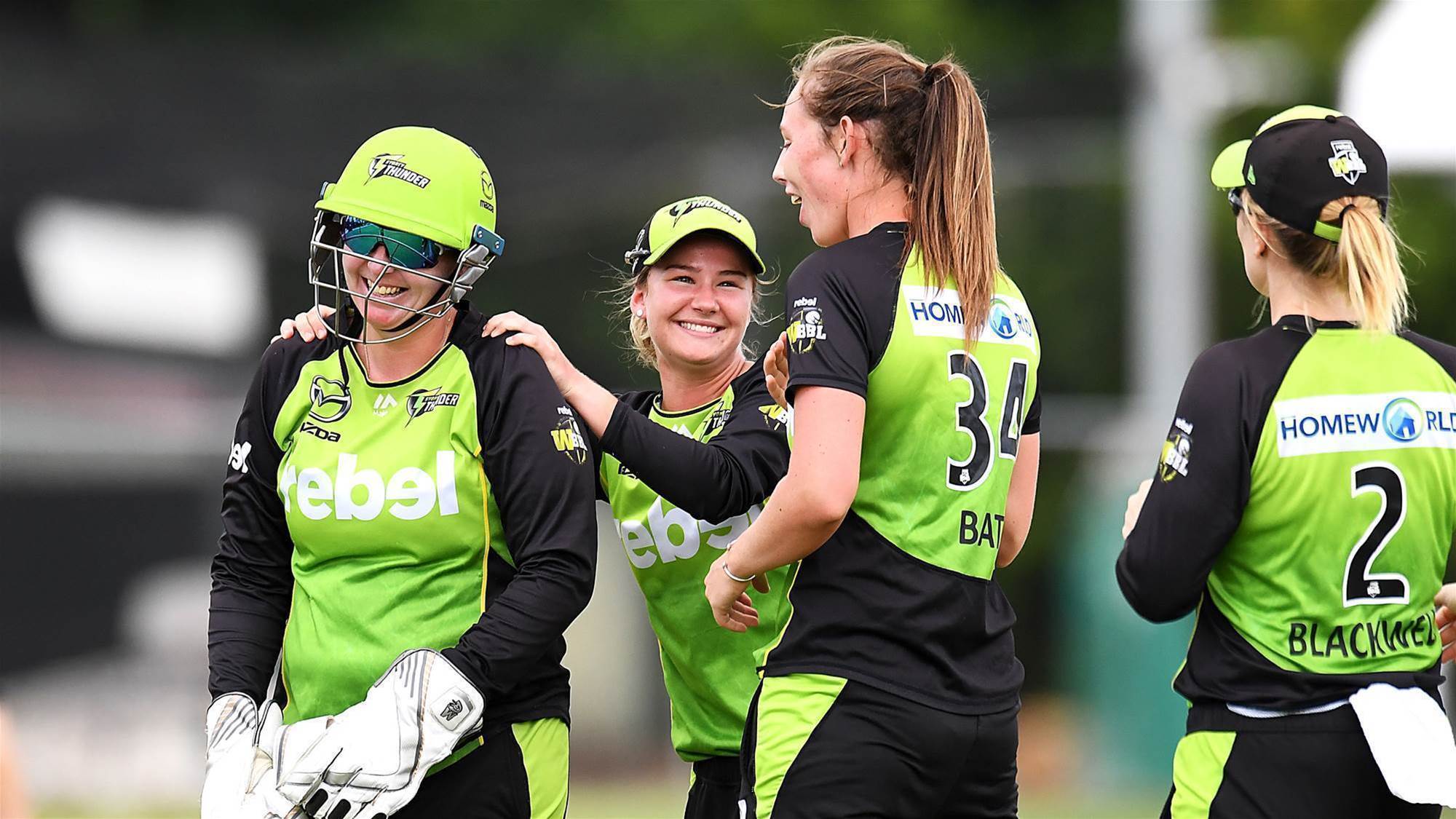 The Heat needed to have a big win to make the finals, while the Thunder needed to find some much-needed form before their own finals campaign started.

In the end, neither of these things happened.

The Thunder scratched their way to a substandard total of 117 from their 20 overs, with only Nicola Carey passing 20. The Heat bowled well with Jemma Barsby’s incredible spell at the death stopping Sydney from taking advantage of any platform that the top order had laid. She ended with the incredible figures of 4/2 off two overs.

Grace Harris got the Heat off to a good start, and Jess Jonassen continued to apply the pressure, but the Heat kept losing wickets at crucial stages.

When the Scorchers vs Renegades match ended, the equation was simple for the Heat; they needed to chase down the Thunder’s total within 16.2 overs to play finals. From this point, the Heat threw caution to the wind in an attempt to get the required runs quickly.

At the magical 16.2 over mark, they were agonisingly close at 9/110 but had fallen eight runs short. The final wicket fell with the Heat needing three for victory, but it didn’t matter as their finals hopes had already been dashed.