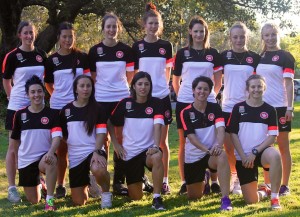 The Western Sydney Wanderers tonight revealed the majority of their squad for their inaugural season in the Westfield W-League.  Spearheaded by three current Matildas and former Matilda Sarah Walsh, the Wanderers squad is a mixture of experienced and new W-League Players.

Many of the players were born or have played their football in the local area.

"We chose players from the community and backed the Western Sydney area," said Roche about his selections.

"At the end of the day you have to look at the players that are coming from that area and for them know that they have got somewhere to go to." 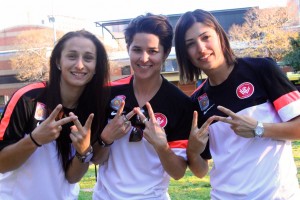 The squad has yet to be completed with four players, including three possible internationals, yet to be added to the Season Five roster.

Of the last signings to round off the squad, Roche was coy about their internationals.

"They are exciting players and could be possible game changers," was all he would divulge.

On his side's ambitions for the first season, the former Mariners coach was more effusive.

"From my point of view, and I think if you ask any of the players, we are going to want Top Four."

"We wanted people that were going to be committed to getting into the finals. Anything less than aiming for that is not what we are looking for."