FFA's Head of Leagues Greg O'Rourke has revealed details of a new W-League partnership with the NWSL in the United States and the start of new relationships with leagues in Asia.

O'Rourke lauded the playing talent transferred between Australia and the United States with 25 NWSL players playing in the W-League and 14 Australians playing in America this year.

The league's chief revealed the collaboration involves discussion and conversation on how to best run the leagues to benefit the development of Women's football in both countries.

"We have a partnership where we speak on a regular basis, we talk about expansion, a home and away season, maternity policies and transfer conditions," O'Rourke told The Women's Game.

The close ties between the two leagues has opened the door for female footballers to make a full-time career in football a reality. It offers the opportunity for their income to be supplemented by playing in two leagues. 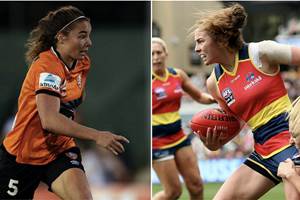 For Australians, this will be boosted by the new four-year Collective Bargaining Agreement announced earlier this week which will see Matildas paid the same as Socceroos players.

O'Rourke says the mutual understanding means decisions made between the two leagues are made in consultation with each other.

"What we ask of the NWSL we ask of ourselves and what they ask of us is if we go to more games, where does that fit into our calendar? Does that come up against NWSL pre-season?

"Do the athletes get a reasonable break in between etc?"

While the symbiotic ties with the United States are moving along well, O'Rourke told The Women's Game that partnerships to strengthen Australian football are in the offing with the Japanese Football Federation and the AFC.

This comes ahead of Melbourne Victory's W-League team who are set to participate in the inaugural AFC Women's Club Championship's this month against champion clubs from China, Japan and South Korea.

"Tracey Scott, General Manager of Leagues, is in Japan now, talking to the J-League, talking to them about their men's and women's program," said O'Rourke.

"We're working with the AFC on the Club Championships. These are the things we are starting to build, when last year they were just dreams.

The W-League is less than a week away with round one kicking off on Thursday November 14.