The final day of the Giro Rosa presented the last opportunity for individuals to get a stage result or move up in the General Classification. The race began hot from the flag with many early attacks and significant breakaway forming, which worked to extend a gap of 3’02”

The average pace for the first 2 hours of racing was 43 km/h.

As the race hit the final climb, the chasing peloton rapidly closed in on the breakaway riders, picking them up one by one. Juliette Labous (TeamSunWeb) was the last rider to be caught by chasing group, which had reduced to 10 on the hard incline.

Ashleigh Moolman-Pasio (Cervélo-Bigla) chased with Amanda Spratt (Mitchelton-Scott) close on her wheel, but was unable to bridge the gap. The duo was soon caught by the chasing group on the fast descent, as Van Vlueten went clear towards her 3rd stage victory of the tour.

Lucinda Brand (TeamSunWeb) escaped on the descent to get an advantage on the chasing group and managed to narrowly claim 2nd ahead of Kasia Niewiadoma (Canyon-SRAM).

Mitchelton-Scott teammates, Sarah Roy, Gracie Elvin, Jessica Allen, Jolien D’hoore and Lucy Kennedy, should also be commended for their hard work and sacrifice throughout the 10 days of racing.

We did it! We WON the Giro. The first Grand Tour victory for @mitchelton_scott 😁. Congratulations @annemiekvanvleuten 👚🎉🎉. It’s been such an incredible Giro- 6 stage wins, 1st and 3rd overall, the Maglia Rosa, the points jersey and the mountains jersey. So many emotions right now but above all I feel such a huge sense of pride for what we have achieved over these days. Not just the riders but also our incredible staff and all the people behind the scenes who have backed us and made this possible. We really are one big family and it’s so special to be a part of 🖤💛 📸 @gettyimages • • • • #giro #girorosa #girorosa2018 #italy #womenscycling #uciwwt #winners #bestteam #teamwork #lovemyteam #thanksbigdogs #thanksstaff #bettertogether #goosebumps #happy 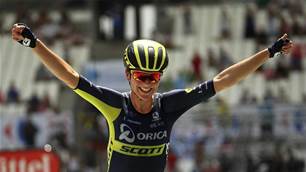 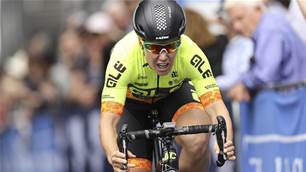 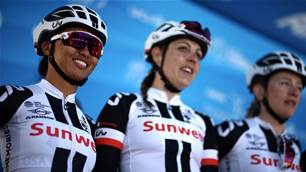 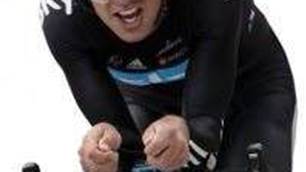 Sky's the limit for Richie Porte