With over 550 caps in the team, Melbourne City are not short of star players.

With over 550 caps in the team, Melbourne City are not short of star players.

Fishlock, De Vanna, Little, Alleway and Catley are just a handful of the recognizable names that have brought this City squad to it’s final hurdle in the quest for an undefeated season.

Yet a team is not four choice players or five big names. Week in and week out there are the players who fly just under the radar, the unsung heros. For Melbourne City you’ve got the keeper who carried this team through the opening seven matches, Trudy Burke. Work engine in the midfield, Aivi Luik; WPL star, Amy Jackson; and the up and coming Beattie Goad. 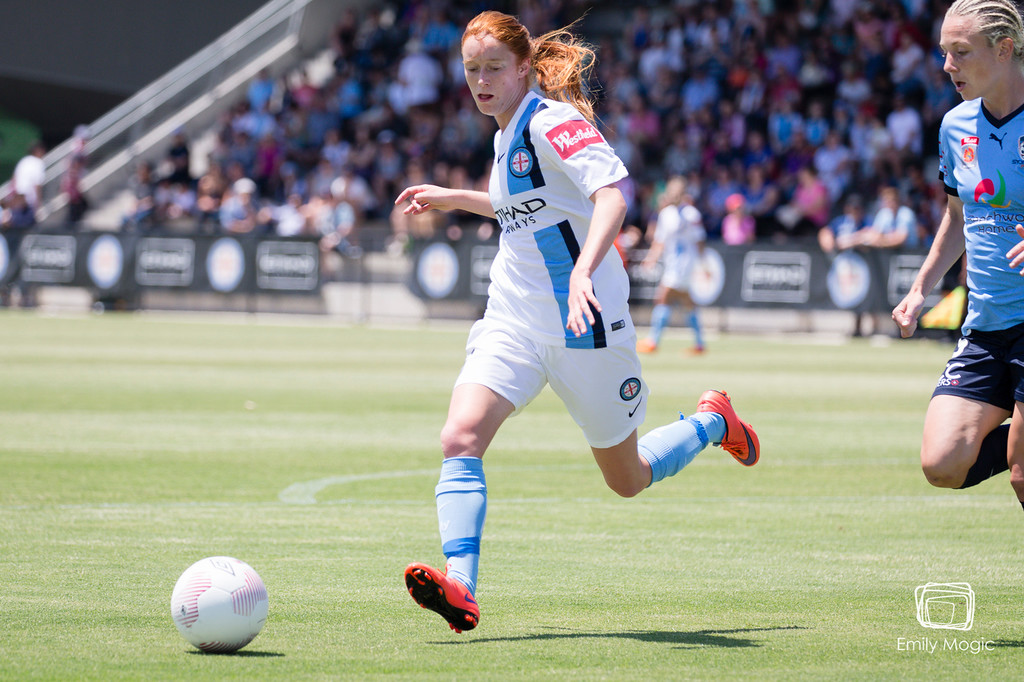 Beattie Goad has made an appearance in every W-League game City has had this season, and as one of the squad’s youngest players this is an accomplishment in itself.

What makes Goad impressive is the tangible effect that practicing day in and day out with the likes of Little, De Vanna, Crummer and Catley has had on her confidence.

A technically strong players, Goad glides across the pitch and her excellent dribbling skills were most clear in the semi-final at AAMI park when she wow’d the fans with her runs up the sidelines. It took at times two or three Brisbane defenders to strip her of the ball and by that time the rest of the City attack had arrived to place them under pressure.

Add to that the ability to be the second or third runner in an attack and she could be a key players for City come Sunday. 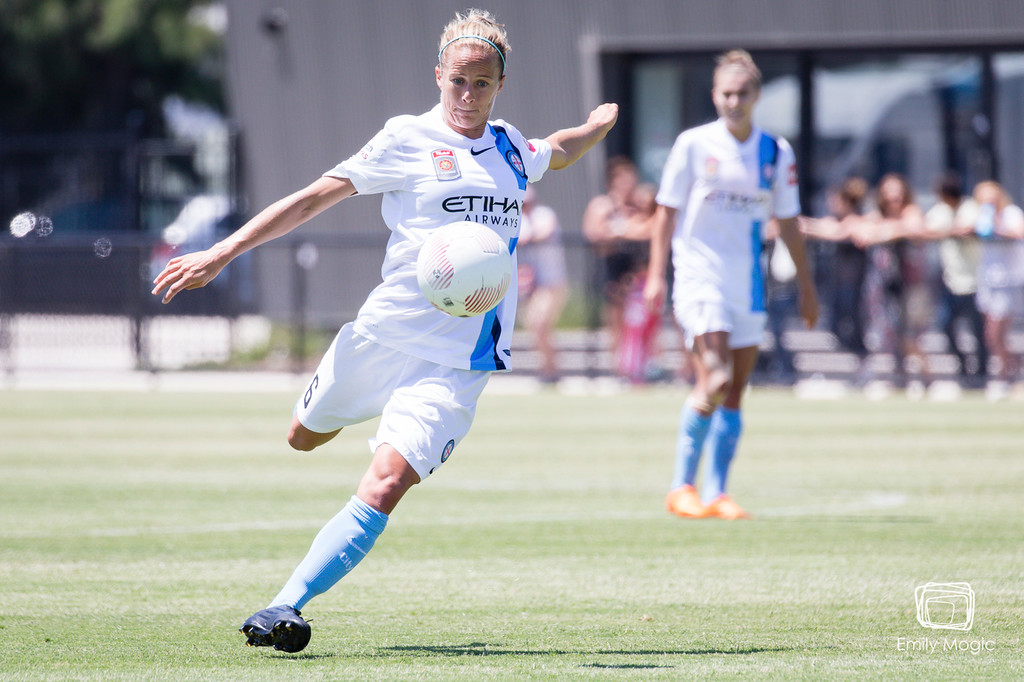 If you’re looking for what makes Aivi Luik an unsung hero, many need to look no further than the simple fact that she’s played the most minutes in a City jersey this season.

With 1156 out of a possible 1170 minutes played, her presence on the field as a defensive midfielder has been understatedly critical. When the teams was missing big name players to international commitments it’s been Luik who has stepped up.

Confidence, calm and control are all staples of Luik's presence.

What she brings to the field is fluidity in ball movement. Time and time again City has shown their confidence with long strings of possession from defensive to attacking third.

It’s Luik who helps connect those passes, getting the ball from the defence to the offence faster than their opponents can react. With Fishlock raising against time to be fit, Luik's role in teh midfield could prove even more crucial if Kim Little will be allowed the freedom to move up the park and do damage on the scoreboard. 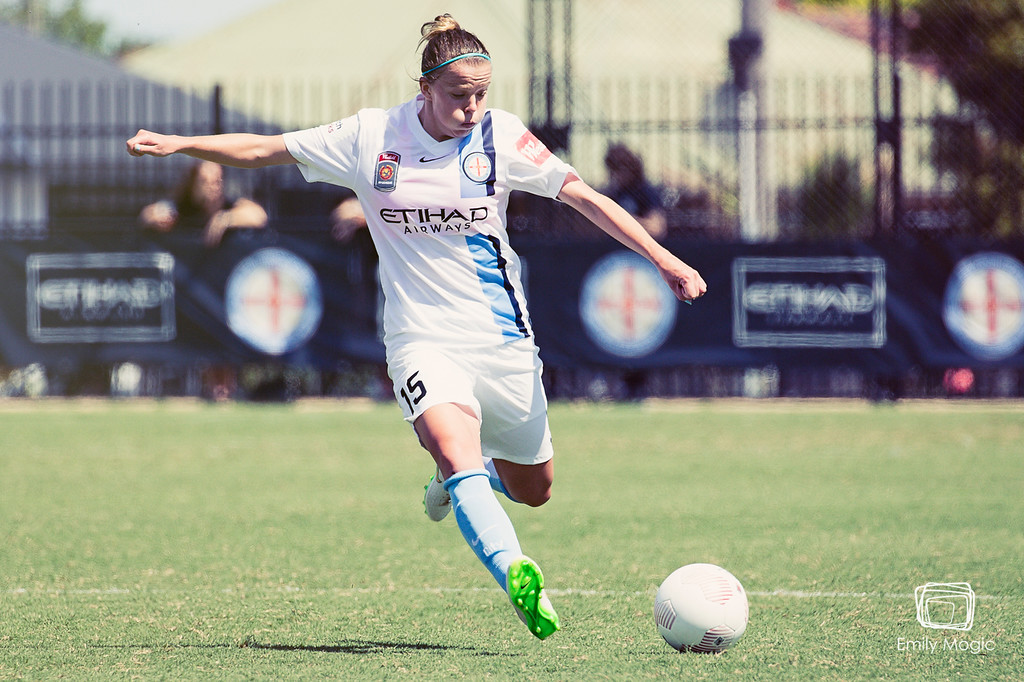 Coming off an unprecedented WPL season, Amy Jackson entered the Melbourne City looking to continue a stellar 2015. Sweeping the FFV 2015 Gold Medal Night awards, taking Sportsmart WPL Player of the Year, Player’s Player of the Year and Golden Boot award, it was impossible not to see how she would be critical to this teams success. However in a midfield with the likes of Fishlock and Little it was easy for Jackson’s hard work to be missed.

Jackson worked often with Luik, and together they added to the depth within the City midfield. Wheeling and dealing balls out to the wings where the speed of Catley or Tabain would be running on. It is a credit to Jackson that in a team loaded with players in her preferred position she has adapted to new roles including full back and centre back in a 3-4-3 formation.

And again, with a team full of players with international commitments it is the presence of the ever consistent Jackson that allowed this team for a comfortable spine of play up the field. One that became the platform for the rest of the team to push forward and devastate defenses. 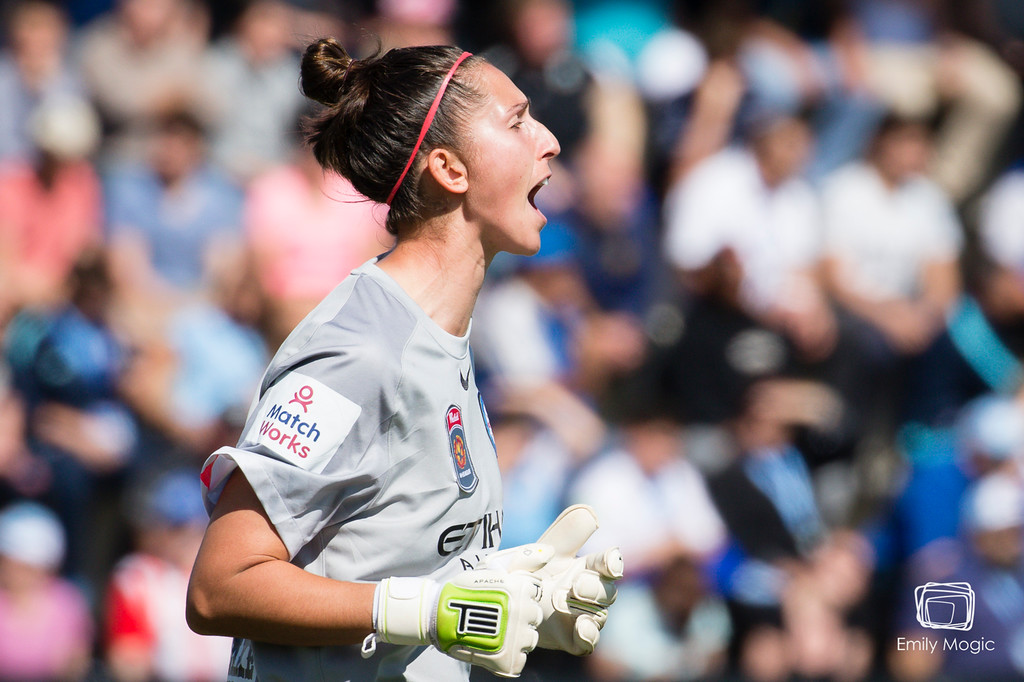 Acquired from West Sydney Wanderers, Trudy Burke was the keeper between the posts when Melbourne City stepped onto the pitch for their first W-League appearance. Expectations were high for this squad and in a 6-0 win they did not disappoint. However this was only the beginning for the new kids on the block and as the pressure mounted, Burke delivered.

Only allowing three goals over the seven games she played in, Burke was a stabilizing force for a team that was finding its footing in spectacular fashion. With such an offensively dominant team, Burke often found herself with little to do in her own box, however when called upon, she delivered. Showcasing her ability to stay mentally alert and checked into the game, even when her team is putting up goal after goal.