The NSW Waratahs have beaten their Queensland counterparts 15-12 in an entertaining thriller at Leichhardt Oval.

Played in warm and sunny conditions, Queensland came out firing and enjoyed majority possession and field position early and they were first to score through winger Alana Elisala for a 7-0 lead in the minute.

NSW soon hit back through a try to left winger Maya Stewart. She appeared to be well covered, but she broke through Lori Cramer and Ivania Wong's tackles to score wide out.

They were back in Reds territory a few minutes later and with the Queenslanders making a mistake, NSW had the scrum feed and off the set-piece, a deft kick was put through over Queensland winger Wong’s head.

Unfortunately for the Reds, Wong and Cramer couldn’t turn and gather in an uneven bouncing ball quick enough and NSW’s right winger Shanice Parker, who was racing through, pounced to scored out wide. 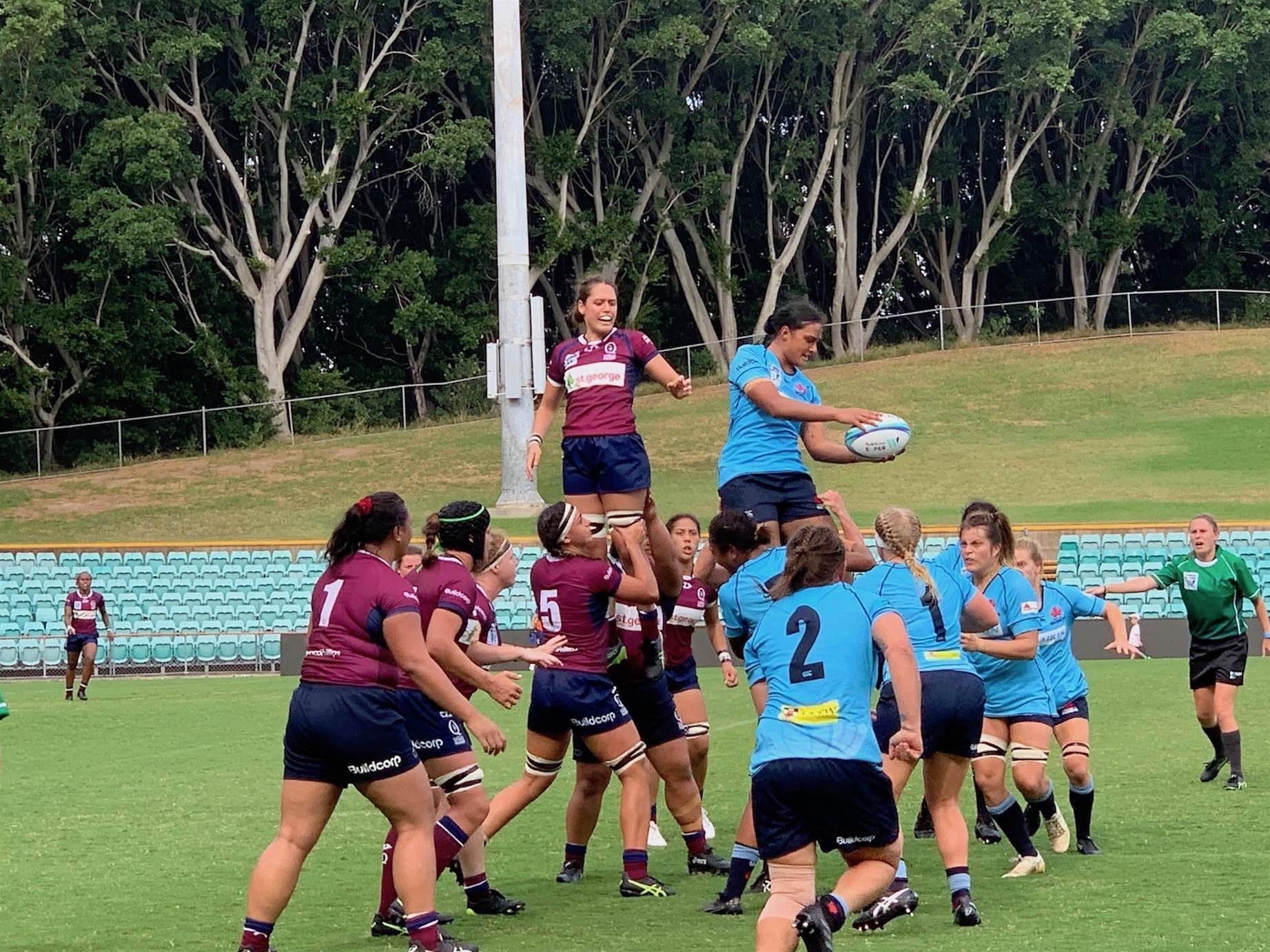 For the next 10 minutes, the match descended into a battle of territory, with neither team backing down as the forward packs cancelled each other out before Christina Sekona was yellow carded in the 32nd minute for an undisciplined play off the ball.

In a strategic move, Alisha Hewett was replaced in order for Queensland to contest the scrums as Sekona's indiscretion had ensured they were down a front rower.

In the 36th minute, Hewson gave her team breathing space on the scoreboard for a 15-7 lead.

Wong showed blistering speed when she was in open space, as she evaded Parker with a great sidestep, but Parker showed great experience and foresight with her second effort tackle putting Wong into touch on the NSW 22.

Two minutes into the second half, Queensland were back to their full complement of players with Sekona having served her time for her yellow card and her and Hewett went back on. 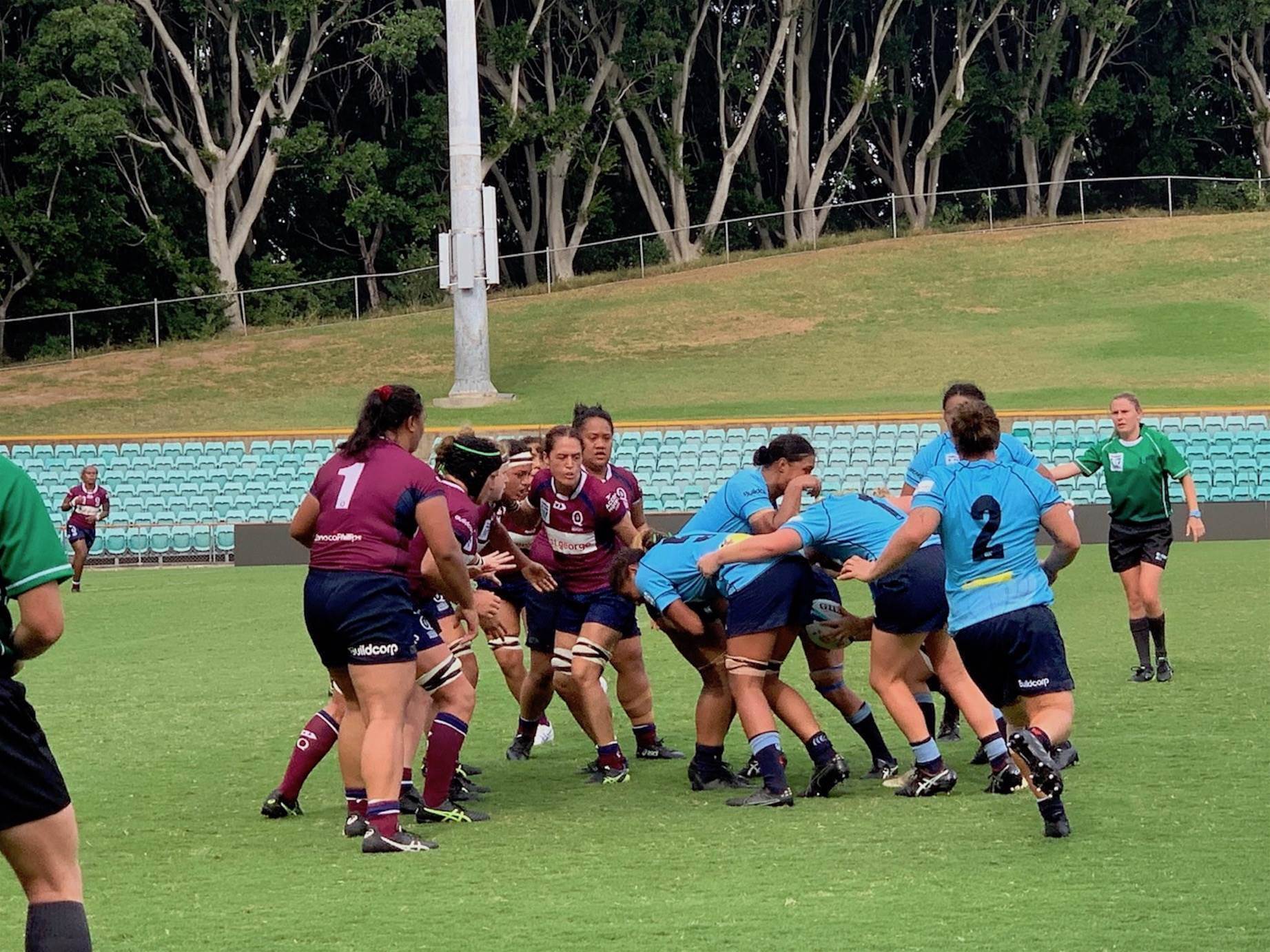 During the early stages of the second half, the Reds women enjoyed majority field position and possession, but that turned around and former Wallaroo captain Hewson used all her experience and guile to put a deft kick over Elisaia’s head to put them in the box seat in the Reds 22, but the Waratah’s handling errors at crucial times let the Queenslanders off the hook.

NSW’s defence was strong, however, as their slide defensive pattern was working and they pushed Queensland’s backs lateral rather than forward and the NSW backs had no trouble picking them off.

In the 67th minute, however, they were rewarded when Wong scored out wide to take the score to 15-12.

The Reds were on the attack again through a great run to replacement centre Georgie Friedrichs down the left touchline and it appeared they had the overlap to score again, but NSW scrambled well to put the Queensland attackers into touch a few metres out from the try-line.

Queensland decided to forego a penalty kick, which if successful would have tied up the match and in the 79th minute it appeared dividends may pay off for them, as a break was made down the left touchline again by Friedrichs, but a kick was put through, as she decided to not take on the hero of last year's final in Hewson who it appeared had her sized up in defence.

NSW was up to the task, as they grounded the ball in the in-goal area and NSW regathered the ball from their 22 line drop out and that was the match: 15-12 to NSW, as they remain unbeaten in the Super W.

They are now potential minor premiers for a second straight season and a home final beckons with two rounds of the Super W regular season remaining.

For Queensland, they have a match against the ACT Brumbies and a bye before the finals roll around.