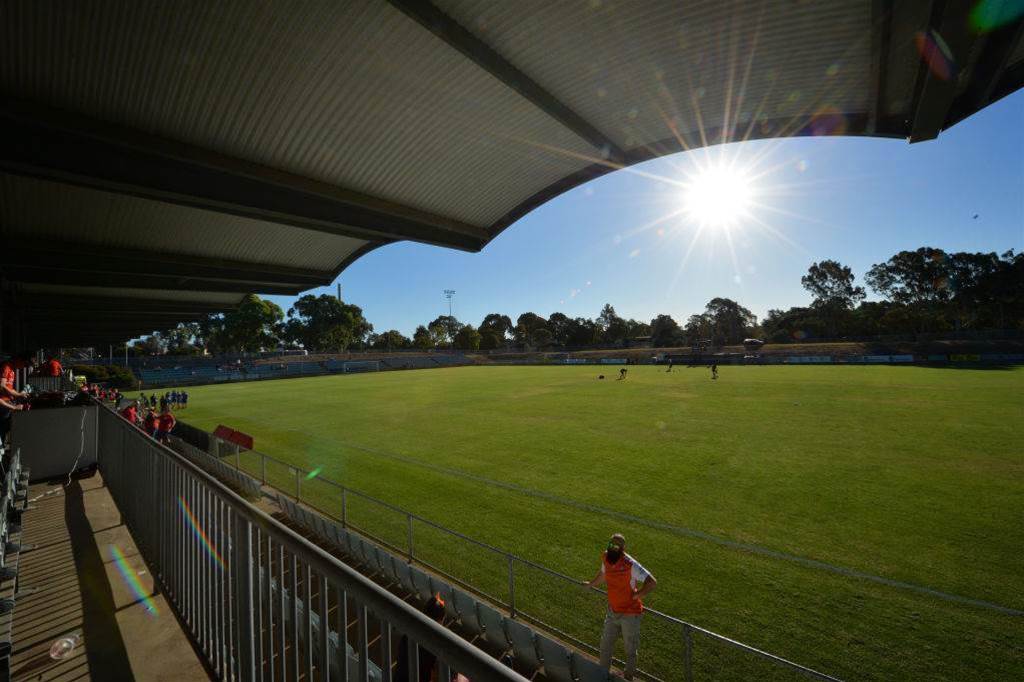 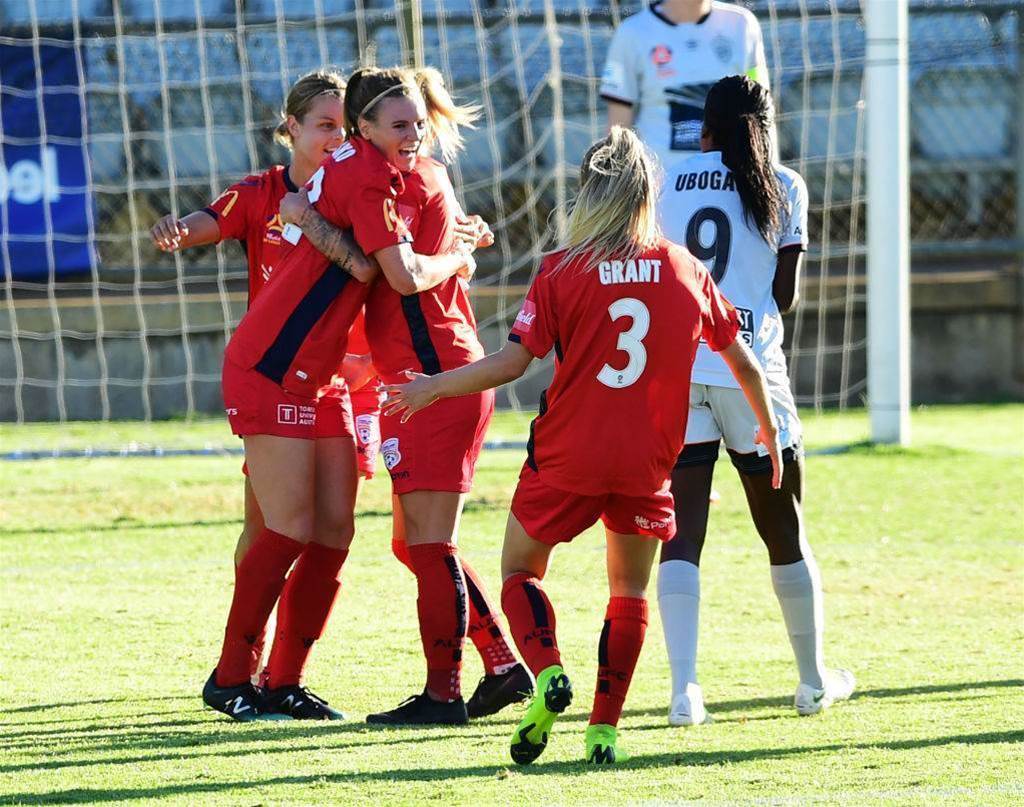 Strength in unity is a big one as we look towards another stint under one of the most settled coaches in the competition. They've got bags of talent to pick from in the South Australian NPLW as well, with Adelaide City developing some excellent young stars lately.

But even when things have gone badly for Adelaide, their overall style and system structure generally remains on-point.

We remember two seasons ago when they finished bottom-of-the-pile, we still watched Adelaide games with a sense of excitiement because you knew they were going to be well-drilled, organised and create chances.

"Increased professionalism keeps evolving every component of a W-League side, it's not just about having a coach and an assistant coach," Karlovic said.

"There's a lot more to it now. Our program pretty much reflects the elite program now and it goes in really good hands.

"It's a credit to the club, because they obviously want to see it progress."

This carried into last season and it was no surprise to see Adelaide emerge as confidently as they did, something we expect to see again in 2019/20. 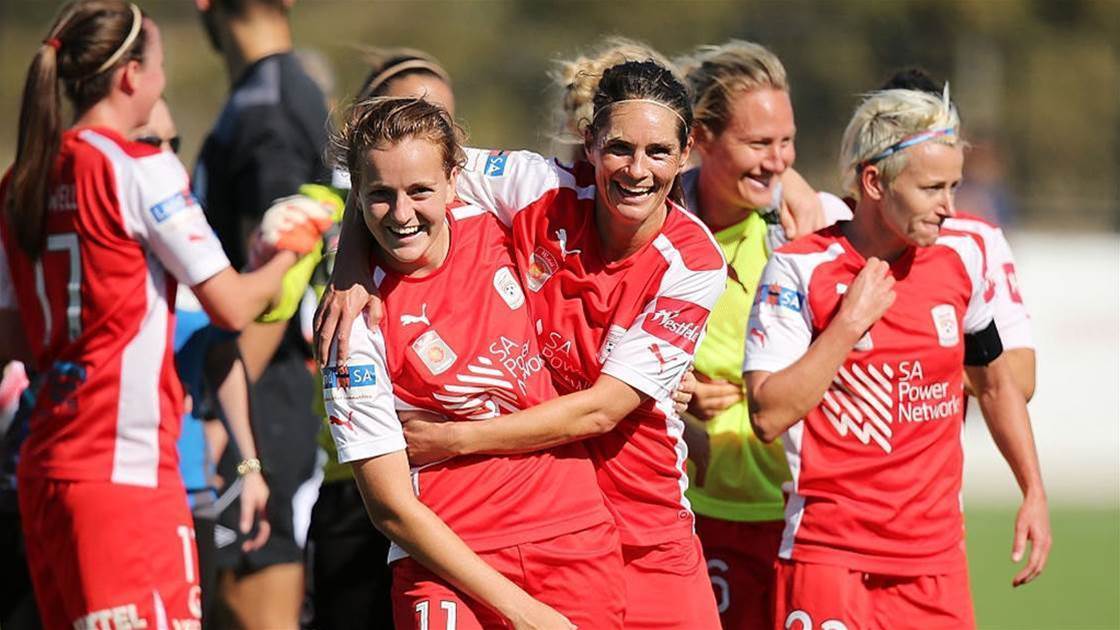 For the brunt of last season, Karlovic's squad were hard to beat, pure and simple. The crux of that pedigreed talent has now left the team, but the overall approach was based on improving the players that the Reds had at their disposal. And they do have exciting new faces, that we'll touch on later.

In one off-season they evolved from a squad that repetitively lost close matches to become steely and resolute, with talent-spotting a key factor behind the side's success.

These are traits that should survive them with another solid off-season under their belt. While finals may be a bridge too far for Adelaide this season, the key is to keep a close eye on their development as a unit. Because that's how they'll play their games.

The lack of experience in this squad is a concern and generally speaking, always has been. It's the reason they fall away at key parts of the season and it's the reason, despite developing excellent talent, they miss out on finals time-after-time.

So what does Karlovic want to see improve?

"I felt last season we struggled in the games that we were favourites to win," he said.

"It's something the group hasn't come across recently, so we want to change that and have the confidence to go into games knowing we can get a result."

Adelaide are doing what is in their financial capacity to do. But with new owners who have shown a willingness to invest in their A-League side, fans have the right to expect greater backing (and subsequent pressure) for Karlovic in the future.

This season, we feel a little bit of deja vu in pointing out the same fragilities, namely the lack of proven goalscoring talent. Add to that the concern about Checker leaving, who Karlovic is a big blow for the club, and suddenly they seem lacking at both ends of the pitch. 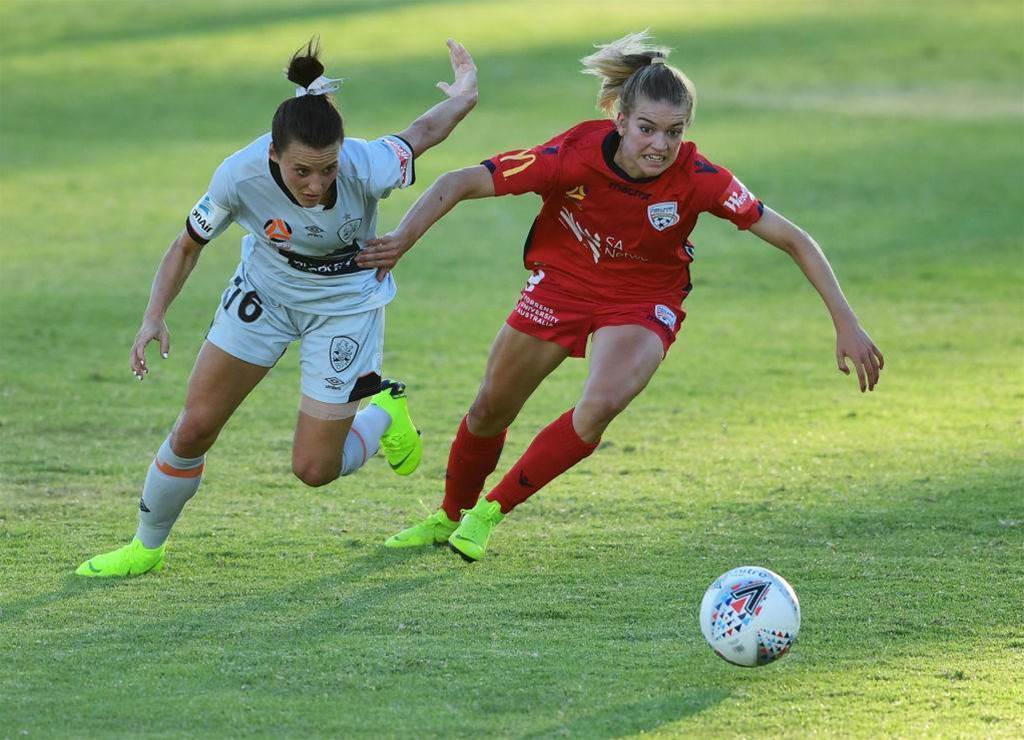 But once again, the more they tend to rely on unheralded talent the better that talent appear to get. One look at the likes of Sarah Willacy's performances affirm this.

Like Newcastle, Adelaide have gone down the development route with strong results. But there will have to be a hell of a lot of development in a short period of time to get this side competing against the big powers in this league.

The clubs they grinded out results against last time have invested bigger and better, as have the clubs that finished below them. 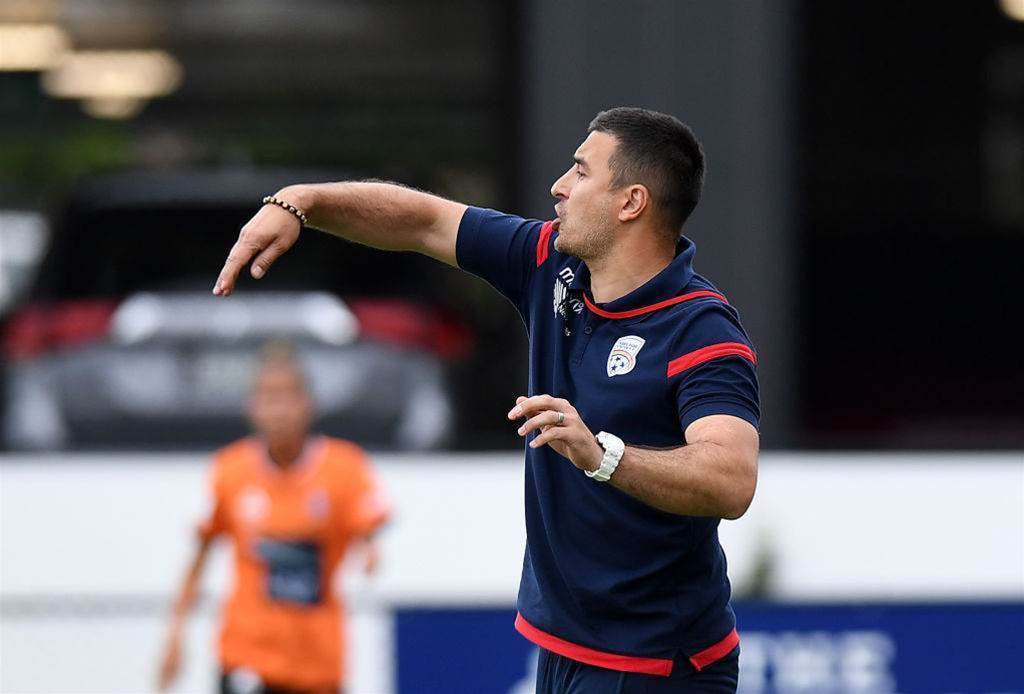 "The new owners have continued to help me develop and increase the professionalism within our program.

"They haven't changed the way they treat the W-League side, but it's been treated with the respect it deserves from the moment they walked in. They're constantly supportive of me being able to improve the program, which is all I can ask for.

"Being in Adelaide, from a population point of view, we don't have the numbers. So it's trying to work closely with our local association to improve the pathway and the coaching and resources to the players at a younger age group.

"We'll add more experience to the side, get some of our internationals in. They're young, but a lot of our girls are now into their fourth or fifth W-League season, because they're no longer first year players so they need to continue playing on like they are experienced players."

THE 16-YEAR-OLD SUPERSTAR IN THE ROOM So much of our excitement around Adelaide - and the W-League - this season comes down to the most exciting young talent in Australian football, who will proudly don the Red shirt this season alongside her similarly talented sister.

Mary Fowler enters the W-League season fresh from an electric spell in the AFC U/19 Championships, where she's scored three goals in her last two matches (absolute crackers as well).

"It's hard to find in the men's and women's game. You've got fantastic natural instincts in front of goal and although she's experienced a lot from an international point of view, she's still relatively raw in a professional sense.

"We're mindful of that, we have to look after her and help develop her into the player we all think she can become.

"She's had enough experiences now, a lot more than some of the other players have. She knows a lot of the girls from the Young Matildas. From our point of view, we just don't want to put that much pressure on her."

Given how important her goal scoring is teed up to be for Adelaide this season, the Reds' toughest task may be not putting all their hopes on Fowler. 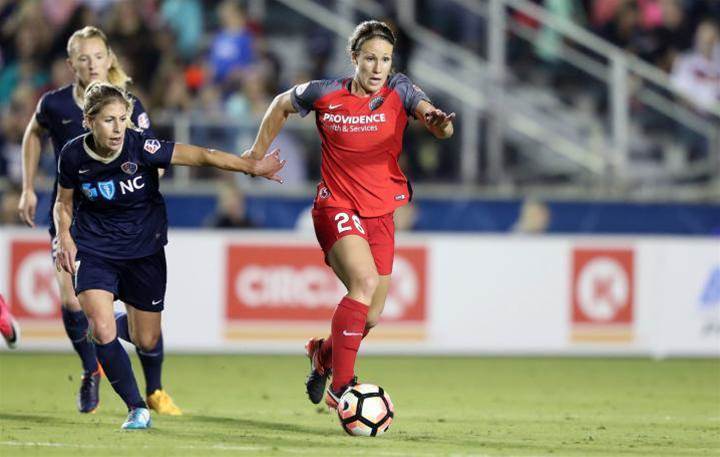 Reds' US import Weber burst onto the scene at US College team Penn State, where she scored a whopping 36 goals in 100 appearances to become one of the most prolific strikers in the team's history.

Now she's been brought in to add international experience to a squad that desparately needs it and if anyone can, she'll be the one to take the pressure off Fowler. For the first two months of the season, Willacy was arguably the standout goalkeeper in the competition and central to Adelaide's competitiveness.

Now 24-years-old and entering her fifth year at the club, her performances haven't gone unnoticed outside of Adelaide and this will be a key year for her.

If she can cement the consistency needed to propel Adelaide to a strong finish this year, it will put her firmly in the shop window among the league's fastest-rising goalkeepers. 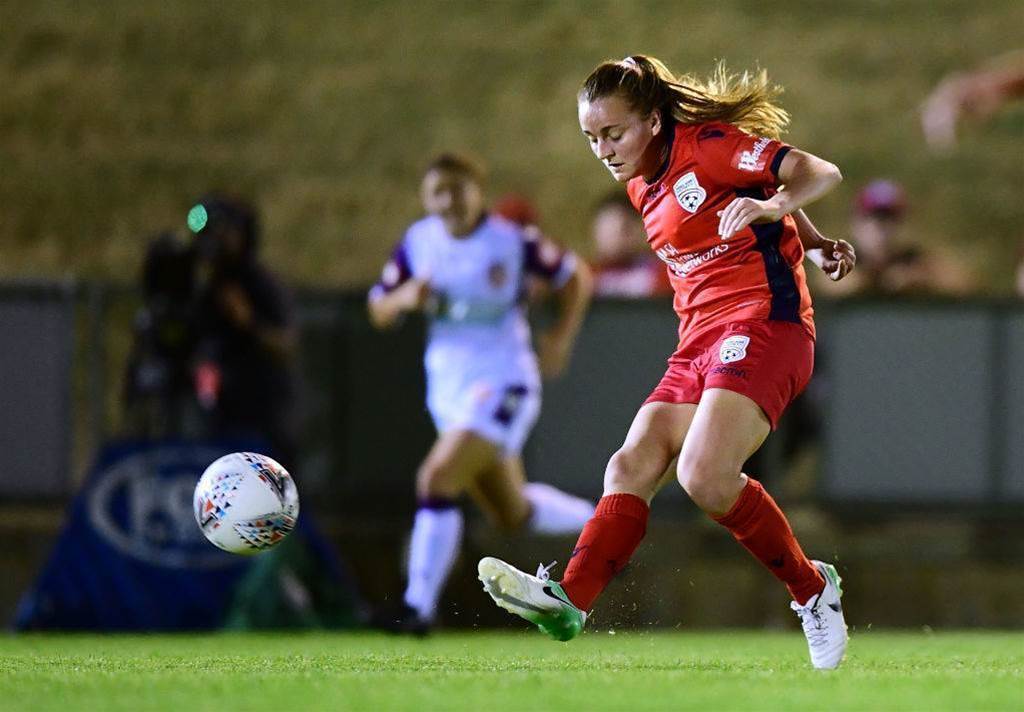 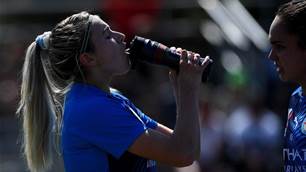