Tyla-Jay Vlajnic has re-signed for her second season with Melbourne City, and she’s approaching it with a determination that saw her reach the W-League in the first place.

Tyla-Jay Vlajnic has re-signed for her second season with Melbourne City, and she’s approaching it with a determination that saw her reach the W-League in the first place.

Playing in the W-League has always been a goal for the 27 year old - one she achieved as a contracted player for City in the 2016-2017 season.

“It might sound cliché, but it was just rewarding to be offered a contract. And again, as cliché as it sounds, the hard work paid off,” she recalls.

“I did the train-on thing for a year. I busted my butt to be as good as I could and then the following year I was offered a contract.

“I remember when I signed that contract with Joe [Montemurro]. I had the biggest, corniest smile on my face. It was a great moment for me. I feel like I had achieved something that I had set my mind to.”

Despite hitting this personal target, complacency doesn’t play a part in Vlajnic’s vision for her future.

During the off season, she played in the American Women’s Premier League for the Seattle Sounders, tabbing up some experience in what she describes as a very athletic and physical competition.

This followed after several years in the Victorian National Premier League.

“The primary reason why I went over to the US was because I wanted to be a part of a league that was going to make me better to come back to City,” she explained.

“The NPL here is great but I just wanted a step above, to be part of an American league. I think I got that.” 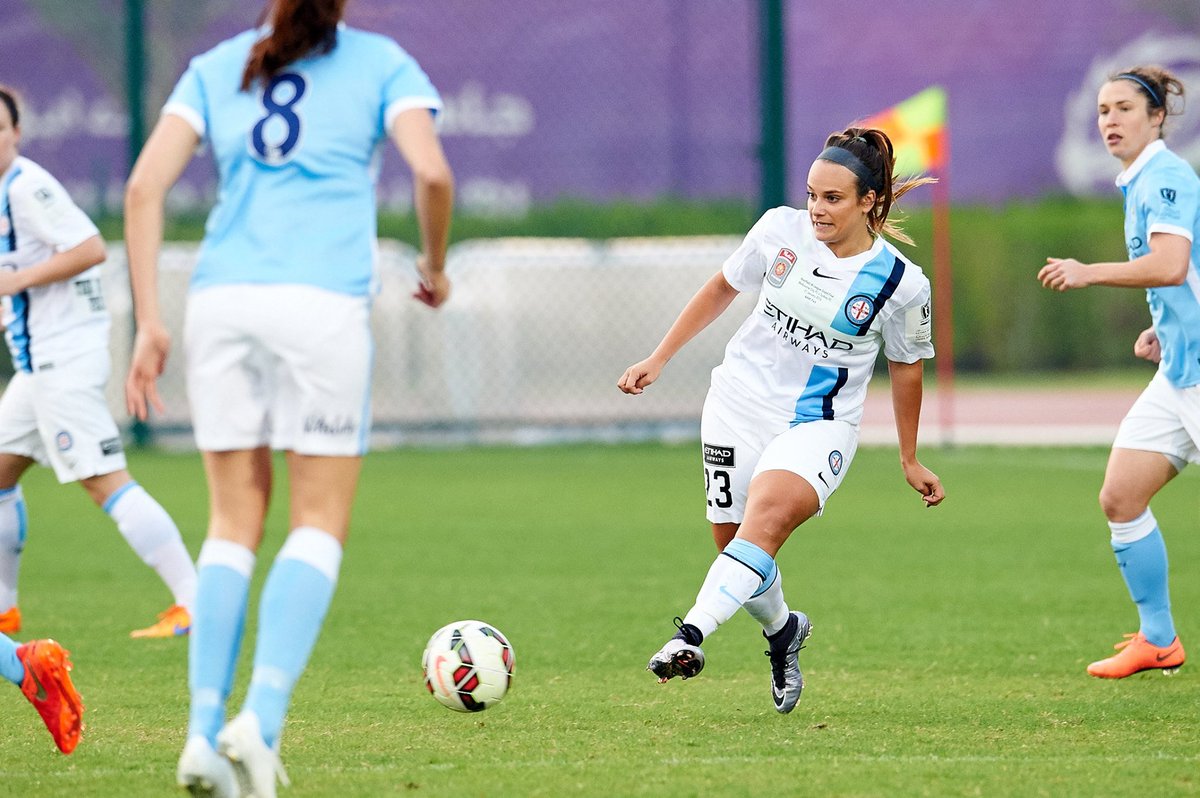 City is unsurprisingly strong in its collective ambition and head coach Patrick Kisnorbo is currently preparing them with a difficult but rewarding preseason.

“We want to hold up that trophy again and go all the way. That’s without a doubt a thing everyone in the team is going to be aiming for.”

Personally, Vlajnic is keen to establish herself a crucial role within the dominant club’s third campaign.

“Anyone with the ambition and the desire to play football, especially for a club as amazing as City, your aim is to be starting eleven,” Vlajnic says.

“Whether that happens, and whether I can put in the work and prove myself is another question.”

“Whoever is coming in and whoever is going to be a part of City, I’m sure they have the same mindset...

“I can only control that to the extent of doing my absolute best, giving it a 100%, but it comes down to that week and what squad is going to be selected.”

Whilst ambitious, Vlajnic is quick to agree that self-doubt is no stranger.

“Fortunately and unfortunately for me, football is just something I really love. I can’t imagine not playing and not being a part of an amazing organisation if it’s presented to me.

“I set a goal to play W-League and to have a signed contract and be a part of an amazing team.

“So when I do feel like I cannot do this anymore I just remind myself that this opportunity doesn’t get handed out to everyone, so I have to take it.”

As the league enter it’s 10th year, things are stirring off the field too – including the release of the Collective Bargaining Arrangement and The Matildas increasing their fan-base nationwide.

Vlajnic is proud to be a part of a club who has notably brought positive attention to professionalism and development in Australian women’s soccer.

“We see it and we know, but now with the televised games and the double headers and CBA improvements are going to be seen by an almost worldwide audience.

“You can’t compare that to anything. It’s incredible.”

City will kick off their campaign away against recent grand final opponent’s, Perth Glory, at nib Stadium 27 October 2017. The game will be kick off 7.00pm local time (10.00pm AEDT) and will be broadcast on Fox Sports.

Melbourne fans can watch them in a double header derby Round 2 at AAMI Park, kicking off against Melbourne Victory at 5.20pm on 3 November 2017. It will also be broadcast on Fox Sports.

Vidosic urges A-League's City: 'Do it for Barbieri'