The Women's Game has been selected as a finalist for the Sport Australia Media Awards.

The winners will be announced at a gala ceremony in Melbourne early next year.

The Sport Australia Media Awards (#SportAUSMediaAwards) have been running since 2002 and are Australia’s only awards dedicated to recognising excellence in sports journalism, broadcasting, production and photography.

The ceremony will also honour a new recipient of the Lifetime Achievement Award for sports journalism, last awarded to Debbie Spillane.

Congratulations to all of the #womeninsport journalists including:

Best coverage of sport for people with disability 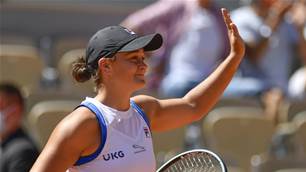