After a commanding start to their Tournament of Nations (ToN) back-to-back title campaign, the Matildas prepare for round two against FIFA world ranked number one side, USA.

The Matildas defeated Brazil for the fourth consecutive time with a convincing 3-1 finish in round one of their tournament. Being able to not only take on but take out these WOSO heavyweights was a timely reminder that Australia deserves to play with the best.

This is the first time the Matildas have come into a competition not as underdogs, but as defending champions so the pressure is on for the Australian side to recreate history, having only ever beaten the USA once during the final of the 2017 Tournament of Nations.

The USA are currently on a 17-game undefeated streak and are looking for redemption, having not lost a match since the Matildas knocked them off their perch in 2017.

Getting off to their own strong start, USA beat Japan 4-2 during their first round.

Japan were the Achilles heel of the Matildas, beating them 2-1 back in the finals of the 2018 Asian Cup, so the USA’s ability to take home the win is an indication of the fight the Matildas will be up against. Apart from her incredible performance collecting a goal and an assist for Australia in the opening match, Butt also scored the sole goal that gave the Matildas their first win over USA last year.

The quiet achiever who generally flies under the radar has been a constant source of support for the Australian side. Always reliable and always ready to put in a shift to get the job done, she will continue to impress. 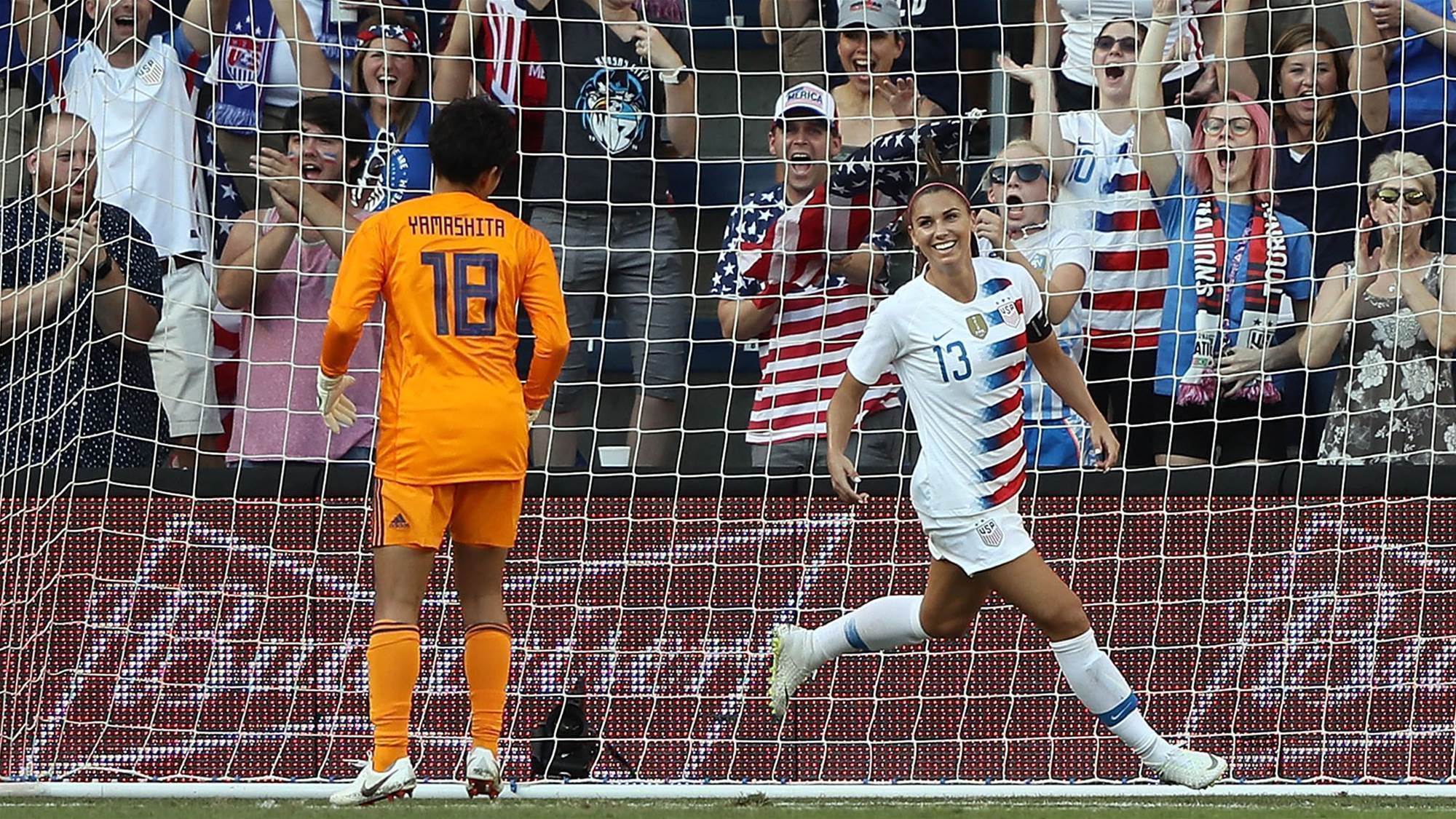 Olympic gold medallist, Alex Morgan scored three of USA’s four goals against Japan in their first round of competition, making this her fourth career hat-trick. One of the most dangerous and experienced strikers in the league, Morgan has so far played 143 games for her country and scored 89 goals.

Australia’s defence are going to need to work hard to keep her out of the box.

Where it will be won

The Matildas we saw in round one were cohesive and clinical, drawing first blood early and racking up three points by the end of the first half.

Set pieces were a strength and chances were utilised with two corners sailing into the back of the net.

We can expect to see an aggressive approach from the American side, who are determined to keep their undefeated streak intact, and not to go down to the Australian’s for a second time.

Both teams have several strong goal scorers and an almost flawless defence, not to mention equal amounts of big-name star power.  A battle for the ages is sure to ensue.