An impressive 8-0 win over Vietnam has kept the Matildas’ 2018 AFC Women’s Asian Cup destiny in their own hands.

Australia now tops the group with an excellent goal difference heading into the game against Japan on Friday.

A different line up to the one that was held goalless against South Korea had six individual goal scorers in what was a much-needed victory. 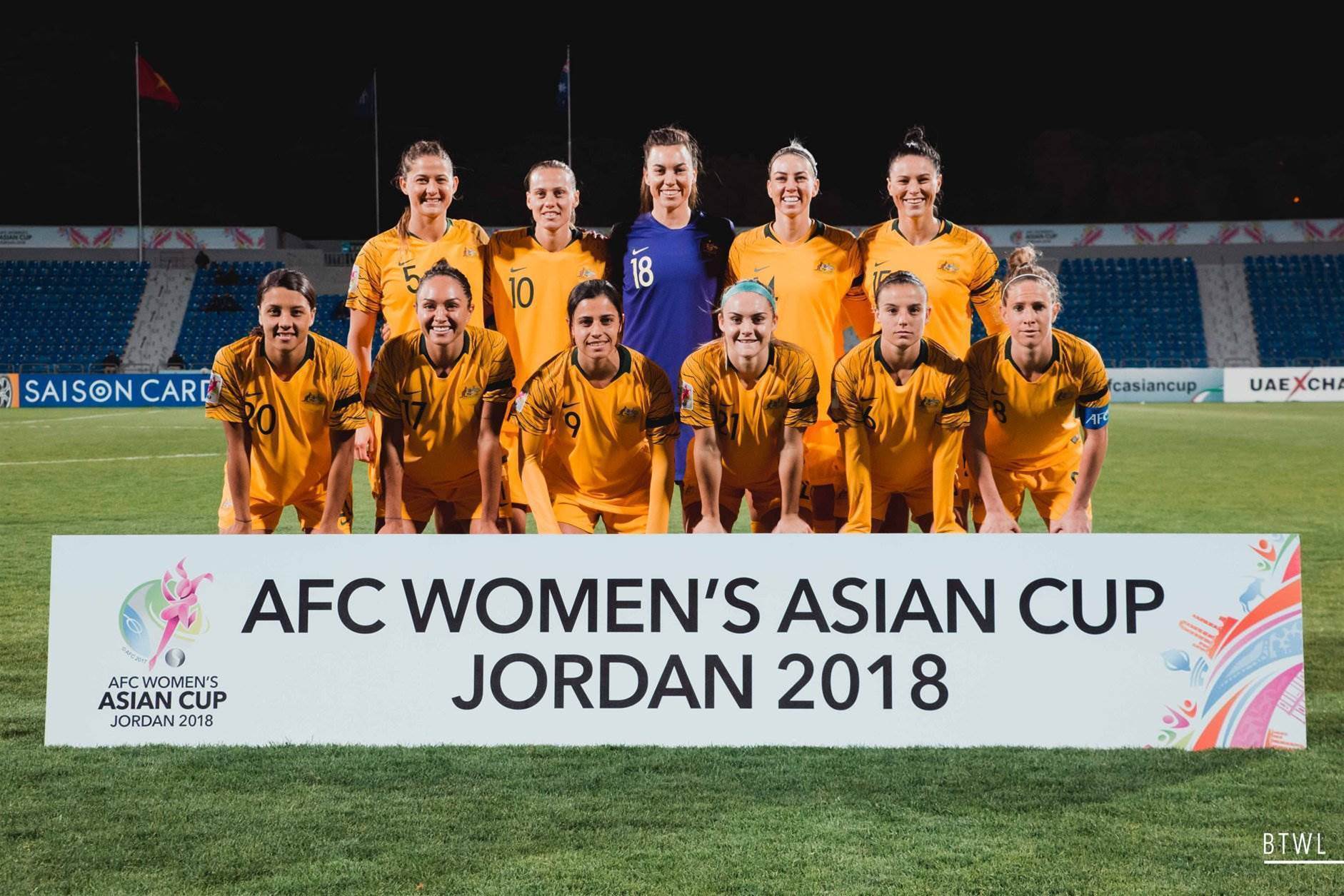 Much was made of South Korea’s decision to defend resolutely for 90 minutes on match day one. While Vietnam also sat back, they didn’t shut down the player on the ball like South Korea did. Consequently, the Matildas were given space and this brought the team’s pace into play.

A number of the goals were combinations of play with quick passes and smart movement while others came via balls in behind the defence.

It’s good to know that Australia is still entirely capable of a clinical and dominant performance on the scoresheet. However, this doesn’t gloss over the issues that appeared from the South Korea game, which Alen Stajcic touched on this in his press conference.

“There was a lot of good passages of play and a lot more cutting edge than the other night but we have pretty high standards in our team. Throughout the 90 minutes, we were good for some but there were certainly a lot of parts that we need to do better at.

"[It was] a pleasing result but for us, there is still a lot to work on to get better.”

MATCH HIGHLIGHTS | @TheMatildas produced a dominant display to surge to the top of Group B at the 2018 AFC Women’s Asian Cup.

KYAH AND KENNEDY: HERE, THERE AND EVERYWHERE

Alanna Kennedy and Kyah Simon were involved in everything in this game. The 23-year-old defender did what she had to down back but was even more impressive with her attacking contributions.

Not only did she utilise her height, heading home Australia’s second goal off an Elise Kellond-Knight corner, she also played provider.

On three separate occasions, she played inch perfect diagonal balls in the Matildas’ attacking half. The first one found Kyah Simon who then played it across the face of goal for Chloe Logarzo to tap in.

The other two saw Kennedy find Sam Kerr who finished one with her head and the other with her left foot.

Meanwhile, Kyah Simon started her first competitive match since the W-League grand final and produced not only the opening goal but two assists.

After sustaining a hamstring injury in the grand final that ruled her out of the Algarve Cup, Simon is working her way back to the form she had during the W-League season. 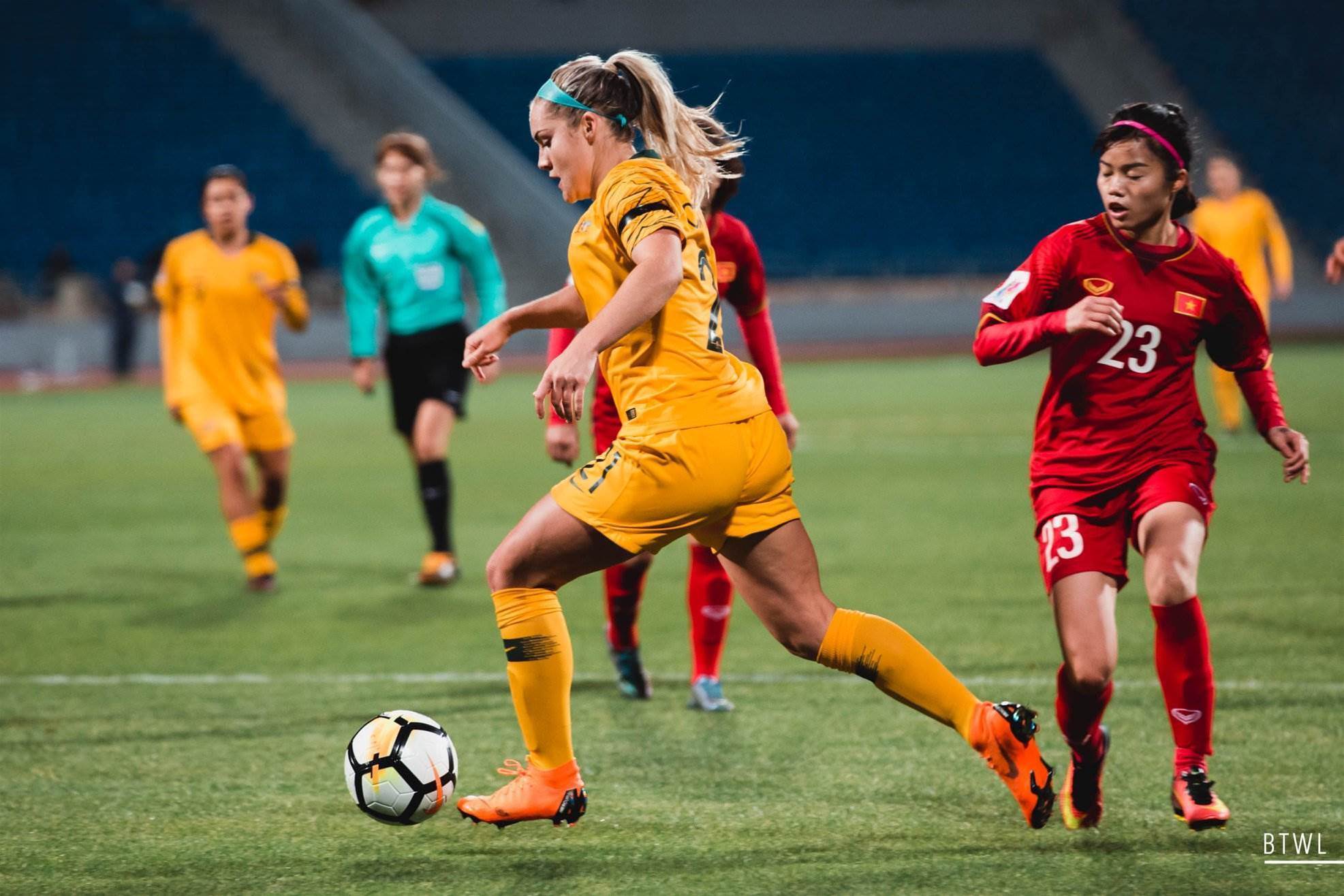 Stajcic rang in the changes for this clash with only four players retaining their spot. Ellie Carpenter came into one of the full back roles, pushing both Kellond-Knight and Emily van Egmond forward, with Emily Gielnik filling the other.

When asked about it post-match, Stajcic explained that Gielnik had played at right back in a training game by chance. This Vietnam game was not only her first in the position at international level but her first back from a stress fracture in her foot. It looks to be a position Stajcic will continue to trial Gielnik in.

“She has got so many weapons under her belt in terms of the way she can cross, her speed, her power but to expect her to have her positioning 100% right it’s going to take time. It’s just another way of us being an attacking and a threatening team.” Stajcic said.