Even though she feels some athletes are ok with the drug testing agencies policies, some aren’t and therefore there should be some discussion about how much of their rights athletes should have to give up in order to be eligible to keep competing.

“We need to interrogate the logic and the rationale that’s often advanced in support into the types of incursions into athletes lives," Seear said.

“It’s often said, all these things are permissible because there’s something special or unique about sport and also in association with that, the claims often made, because athletes are very privileged, often well paid and have very privileged lives, it should be acceptable for them to give up a few of those basic rights.”

The academic director of the Springvale Monash Legal Service doesn’t see that logic interrogated very well and she feels it needs to be debated to a wider audience with past and present athletes, whose lives have been affected through their own lived experiences, and they should be able to have a say on this subject matter.

She feels it’s a subject the general community doesn’t have a great understanding of or the ability to critically reflect upon, as there’s a misunderstood belief athletes have a great life and therefore their rights are ok to be pinged upon.

She said one athlete who tested sporting policy recently was AFLW player and Western bulldogs captain and marquee player Katie Brennan who was rubbed out of the AFLW grand final earlier this year due to a tackle she made in a lead-up game.

If a male AFL player committed a similar tackle, he simply would’ve paid the fine and laced his boots up for the AFL grand final, but due to the cost of Brennan’s fine being based along a percentage of male salary amounts, it was unfeasible she would line up in this year’s grand final. 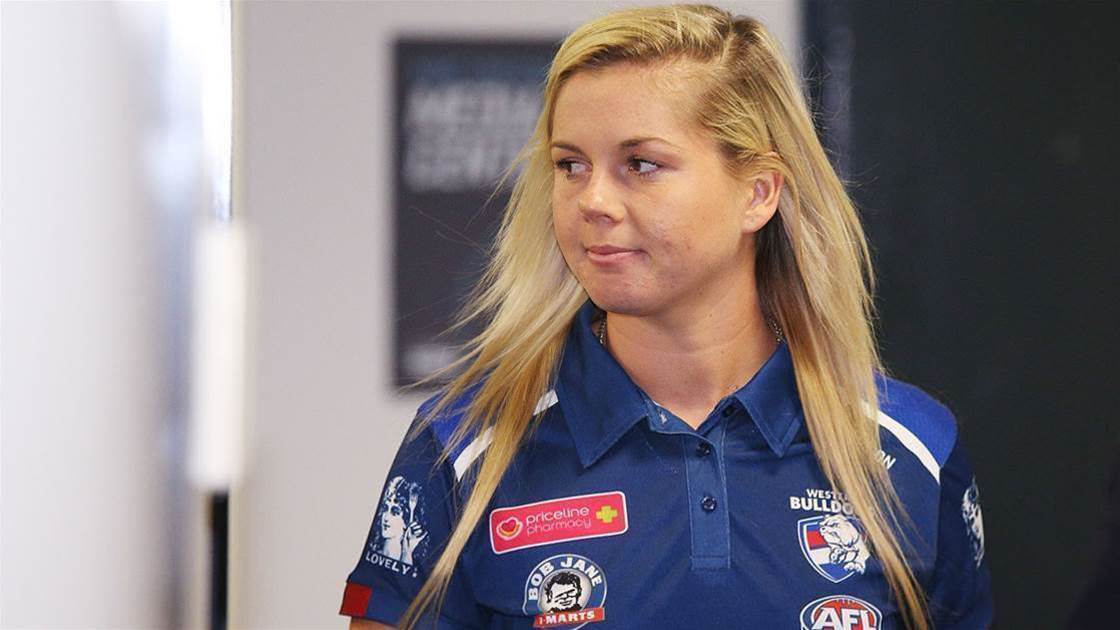 “Katie Brennan sort of had a double penalty in a sense; what I mean by that she was both penalised in the terms of the amount of money she was being paid, because she was a woman in a fledgeling competition which couldn’t apparently pay her more and then she was penalised a second time because she wasn’t paid enough to afford a fine,” she said.

The upshot was Brennan made a complaint to the Human Rights commission and she eventually withdrew it as the AFL came to an agreement to fix their player tribunal process and women will now pay a pro-rata fine.

“I think the more interesting thing raised by Katie Brennan’s case and one of the reasons it was really important she took the action she did was because women in the AFLW and it’s possible in other sporting codes around the country as well, it’s possible women have had a system imposed upon them that contains these quirks, that are an artefact or bi-product isn’t supported or structured in the same way men’s.

Kate will be speaking at The Law and You Forum: Is sport playing by the rules?

If you’d love to hear Kate and her colleagues speak, the forum's open to the public.

It's a free event at the Deakin Edge In Flinders Street, Melbourne, but attendees are required to register.