The first day of Sydney Sevens, the third tournament of this World Series was a tight one.

Pools were evenly poised, with two teams winning their first two starts, and New Zealand the only unbeaten side at the end of play.

HIGHLIGHTS: @BlackFerns lead the charge, taking 3 wins from 3 on day one of the women's #Sydney7s as Cup quarter-finals confirmed #DHLRugby pic.twitter.com/L623zLTNsi

Australia came in as defending champions of the Sydney tournament last year, in that dominating run where they didn’t concede a single point.

It has been a full year, with both a World Cup and Commonwealth Games since then and while the Australians are a medal chance, they haven’t beaten New Zealand or won a tournament in that time.

There were a few slow starts from sides, perhaps a sign of how a cool change was unexpected for players who’d trained in stifling heat this week.

It started raining midway through play, in which some sides blossomed through the drizzling afternoon, while others struggled to maintain momentum and possession.

Russia and Ireland played out a draw, and two late tries for Fiji weren’t enough against the six Canada piled on as Pool B emerged as the most interesting and tightly contested. Ireland went on to beat both Canada and Fiji, while Canada, the Dubai runners up also lost to Russia.

Canada captain Ghislaine Landry was disappointed with the losses, but could pinpoint where things went awry, and it wasn’t the weather.

“We started really well, it’s just a mindset thing. I think we got a bit ahead of ourselves and we lost track of where we were in the moment.”

Landry also paid tribute to the challenge and the joy of a competition that continues to tighten.

“It’s a testament to women’s rugby right now - it’s growing so much and every tournament is just getting that much harder. It makes it more challenging for sure, but it’s great for all the teams and for the sport in general.”

Aussie 7s march on to Tokyo 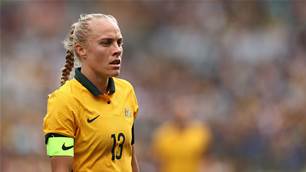