It’s hard to believe that Ashleigh Barty is only 24-years-old and she is already Australia’s highest ranked tennis player.

Her father is Indigenous, from the Ngarigo community, and her mother is of English descent.

She is one of many prominent Indigenous female athletes including Lydia Williams and Kyah Simon for the Matildas and Ashleigh Gardner for the cricket national team.

For a long time, many sports lacked well-known Indigenous female role models. But there are now a growing number of females for Indigenous youth. The most well-known name of them all, Australia couldn't hope for a better role model than Barty.

The world number one has focused on strengthening the identity, values and sense of wider community of Indigenous Australians since gaining the spotlight. Her career rise has been meteoric, to say the least.

Perhaps tellingly, Barty was one of the very few to have a renowned female Indigenous role model growing up.

Barty pulled off her first grand slam singles win of her career last year at the French Open over Czech tennis player Marketa Vondrousova. The momentous occasion was made even sweeter, as Barty was the first Australian woman in 46 years to win the French Open, after Indigenous tennis icon Evonne Goolagong Cawley. 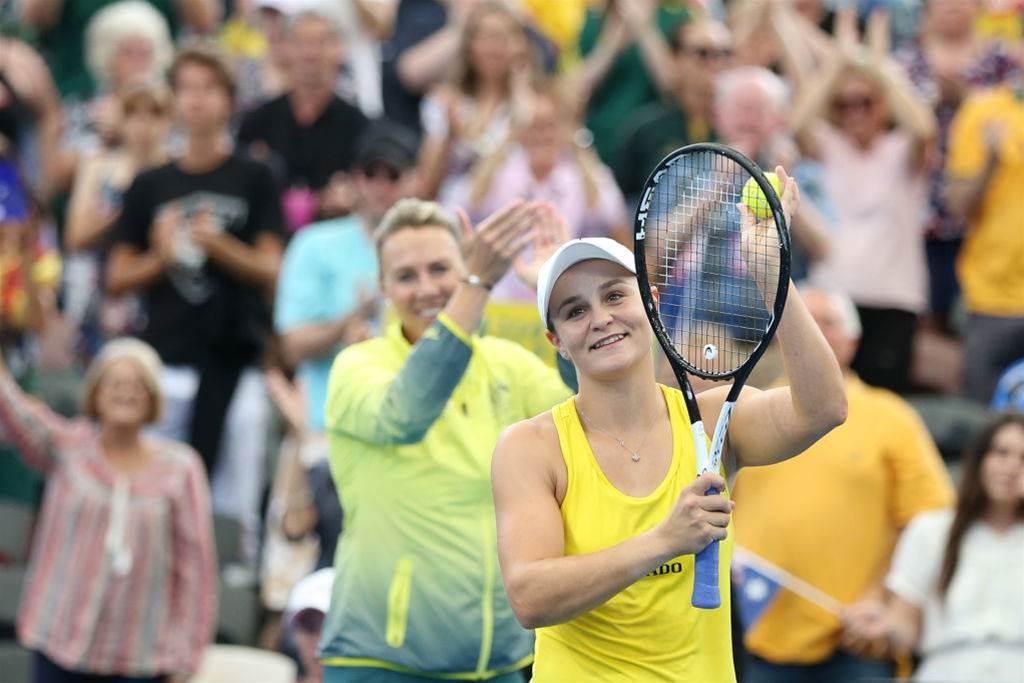 It was a memorable career moment, because she became the first Australian woman in 43 years, again after Goolagong Cawley in 1976, to become world number one.

After the achievement, Barty discussed how Goolagong Cawley was the person who inspired her to play tennis.

“Evonne Goolagong Cawley has inspired me on and off the court since I was a young girl," she told the NT News.

“Evonne’s outstanding achievements and her passion for helping the Indigenous community are two things I admire.”

In the same way that Goolagong Cawley has become a huge mentor for Barty, Barty hopes to be a mentor for youths in the Aboriginal community.

And in 2018 she became an ambassador for Indigenous tennis in Australia, where she assists in promoting the sport to the Aboriginal children. Barty also launched the National Indigenous Tennis Carnival in 2018 in the Northern Territory.

“I’m a very proud Indigenous woman and I think that for me taking on this role is something very close to my heart. I’m very excited,” she told the ABC.

“[Sport] is very much driven by AFL … so if we can get more kids playing tennis and more kids enjoying tennis across Australia within the Indigenous communities, that’d be amazing.”

The carnival is a yearly event run in Darwin at the Marrara Tennis Centre and Barty hopes that it will help make a way for future Indigenous athletes.

The annual Indigenous event is primarily focused on becoming a celebration of national culture, giving Aboriginal children a chance to practice and improve their tennis skills.

Barty is not only a proud Australian, but she is an individual who is extremely proud of her Indigenous roots and has always followed in the footsteps of Goolagong Cawley.

And she hopes to continue to pave the path Goolagong Cawley set out for her for the next generation of Indigenous children.

“To make this an annual event will be amazing, for not only tennis across Australia but especially Indigenous tennis," Barty continued.

“To bring all of the kids together to give them an opportunity to showcase what they’re capable of."

The importance of "kin and clan" to Indigenous youth was highlighted in a 2013 report to the national parliament, looking at improving wellbeing and educational outcomes in Aboriginal communities and the vital role sport plays.

"The inquiry … found that one of the greatest influences in sporting participation is from family and friends,” the report read.

"This is particularly true in Indigenous communities where the connection to kin and clan can be extremely strong and influential."

Barty is continuing a proud tradition of Australian Indigenous female tennis champions, showing the opportunities for Indigenous youth are greater than ever.