"The best league in the world"

"The best league in the world"

That is the vision of Professional Footballers Australia, the players' union that represents W-League and Matildas, for the W-League under a new bold plan.

Spearheaded by PFA Player Relations Executive and all-time leading Matildas goal scorer Kathryn Gill, and with the support of PFA Chief Executive John Didulica, the Roadmap is the result of more than a year of research and consultation with key women's football stakeholders.

To understand where the W-League needs to go, it is first necessary to understand the current state of the competition.

Through the publicity of the past 12 months, reports and surveys  - the 2016 PFA Workplace Conditions Reports, The Women's Game's 2016 Player Survey - it is evident that the pay and conditions in the W-League are not optimal.

Compared with international standards of other women's football leagues, the W-League currently lags behind in many key indicators. 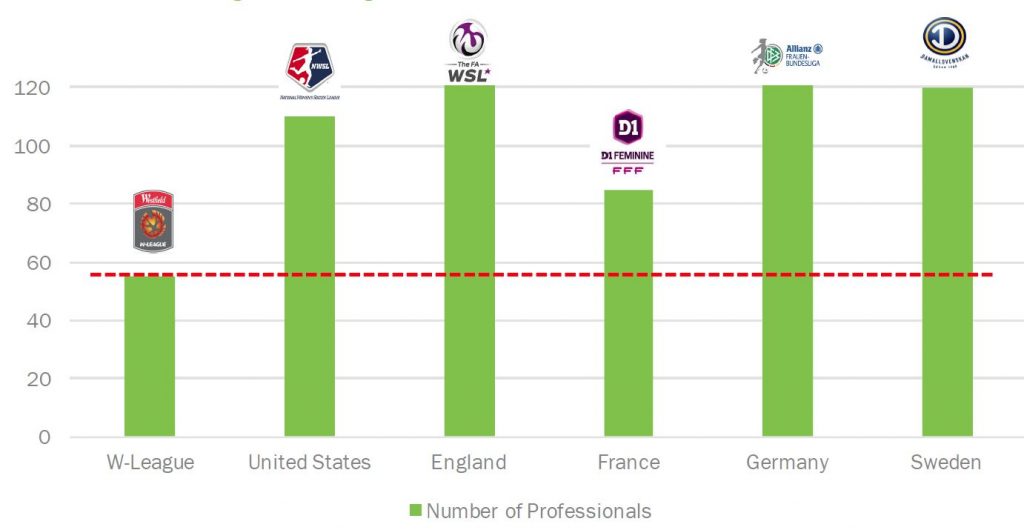 The PFA also provided a snapshot of the current national sporting landscape based on research and interviews of athletes and coaches across different sports.  Here the W-League was compared favorably in some areas but, once again, lagged behind in others.

Generally the key findings were:

So how does the PFA imagine the W-League could fulfil their vision of "the best league in the world".  As the Roadmap suggests, the PFA are looking for significant changes in the women's football pyramid with the grassroots level feeding into the elite player pathway.

“The women’s game has reached the point of being the largest participation sport for young girls by trading off the good-will of the football community," said Kate Gill.

"The time has come to make the women’s game a priority and use it to turbocharge football into the consciousness of Australians as the true global game and the sport of choice for women.”

“The players understand intuitively that we can only tackle the challenges faced by the players if we improve the game for everyone.”

The pyramid's goal is to have a pathway that is not linear, rather it allows for players to move within the framework of grassroots, semi professional and professional.  The aim is to build the player pool to a sufficient depth as to assist with the standard of the W-League and the Matildas.

Over the next couple of months, The Women's Game will delve into the recommendations for the women's football model.

At the W-League level, the aim is for three levels of players; 60 @ 60, seasonal professional and amateur player.

The PFA have also proposed a number of goals for the W-League including:

>> implementation of a best-practice performance model as a condition of W-League entry;

>> integrating contributions from FFA, the clubs and Member Federations to build a sustainable financial model;

>> a clear and cohesive career path for players from talented junior, to full-time professional, to international footballer; 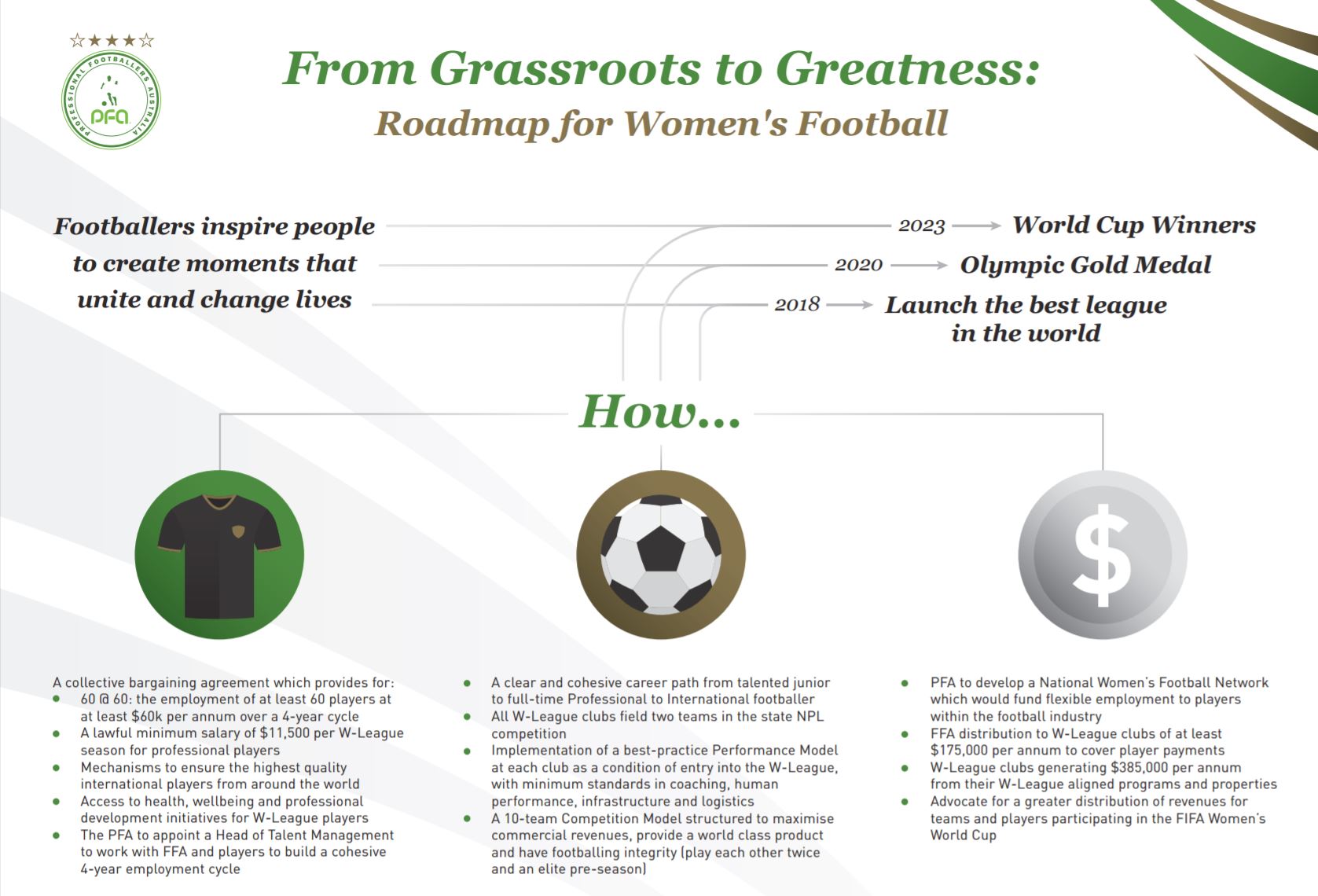 The PFA have also identified the cap in the current funding model to the tune of $1.49m, meaning current investment is $3.146m while $4.64m is required to reach that goal of a world class league.

The proposal to close the gap is an increased spend by clubs on players.  The future goal is for:

As stated in the intro, it is an ambitious and forward thinking plan.  However, with the increasing pressure coming for other sporting codes, the W-League and women's football requires some boldness and innovative thinking.

“To be the best, we need to be able to offer greatness. Through an increased investment of $1.5m we can revolutionise the W-League and make it among the best leagues in the world, and significantly grow our talent pool, which is fundamental to our international success, and ability to attract and retain the best talent,” said PFA CEO John Didulica.

“The goals of winning the World Cup and an Olympic Gold Medal are ambitious, and rightly so, as they must reflect our shared ambition of being the very best.”

* All charts and graphs obtained from the PFA ‘From grassroots to greatness: Roadmap for women’s football’ presentation