While the spotlight shone brightly on Sam Kerr and her exploits, fellow Matilda Tameka Butt quietly carved out an also impressive 2017 abroad.

While the spotlight shone brightly on Sam Kerr and her exploits, fellow Matilda Tameka Butt quietly carved out an also impressive 2017 abroad.

After a number of different offers, the  football vagabond made the decision to move to Norway and the Toppserien during the W-League off-season.

"The opportunity just came about," she said of her move to Klepp IL.

"I think I was just approached by the right club at the right time and it proved to be great season for me and a good move."

Despite Klepp's dismal showing in 2016 - they finished 10th in the Toppserien - her move to the coastal Norwegian club proved to be the right decision.

"I was really welcomed into the team and felt like I had played there for many years.  I think that was the best part about it," Butt said.

"The club itself is really dedicated to their women's team and probably the most professional environment I have been in in terms of how much support the women's team does get."

It is a big statement considering the Queenslander has played in the Nadeshiko League in Japan, the Frauen Bundesliga in Germany, Sweden's Damallsvenskan and in the United States.

"We had our own facilities. We had a great training pitch and just basically all the support that surrounded the club in general from the community."

"The group of girls, it was an environment that I really don't think I have experienced, especially overseas."

Enthralled with the professional environment, Tameka Butt thrived with the former Julie Dolan Medalist re-finding some of her best form.

As a result the goals flowed and over the course of the season she found the target on 14 occasions helping Klepp to finish fourth in the Toppserien.  Butt credits the coaching and training environment for helping her recapture her best.

"One of the good things about Klepp is that it was known to develop players," she said. "We have a youth players that come through playing of the U17 and U20 national team for Norway."

"The coaching side of things was an environment that is set up to help improve individual players whether that is skill wise or tactics wise."

"It is really set up well to support each player and their specific needs so Klepp really held my national team aspirations ahead of anything at the club."

And the national team has definitely been a beneficiary of Klepp's work. 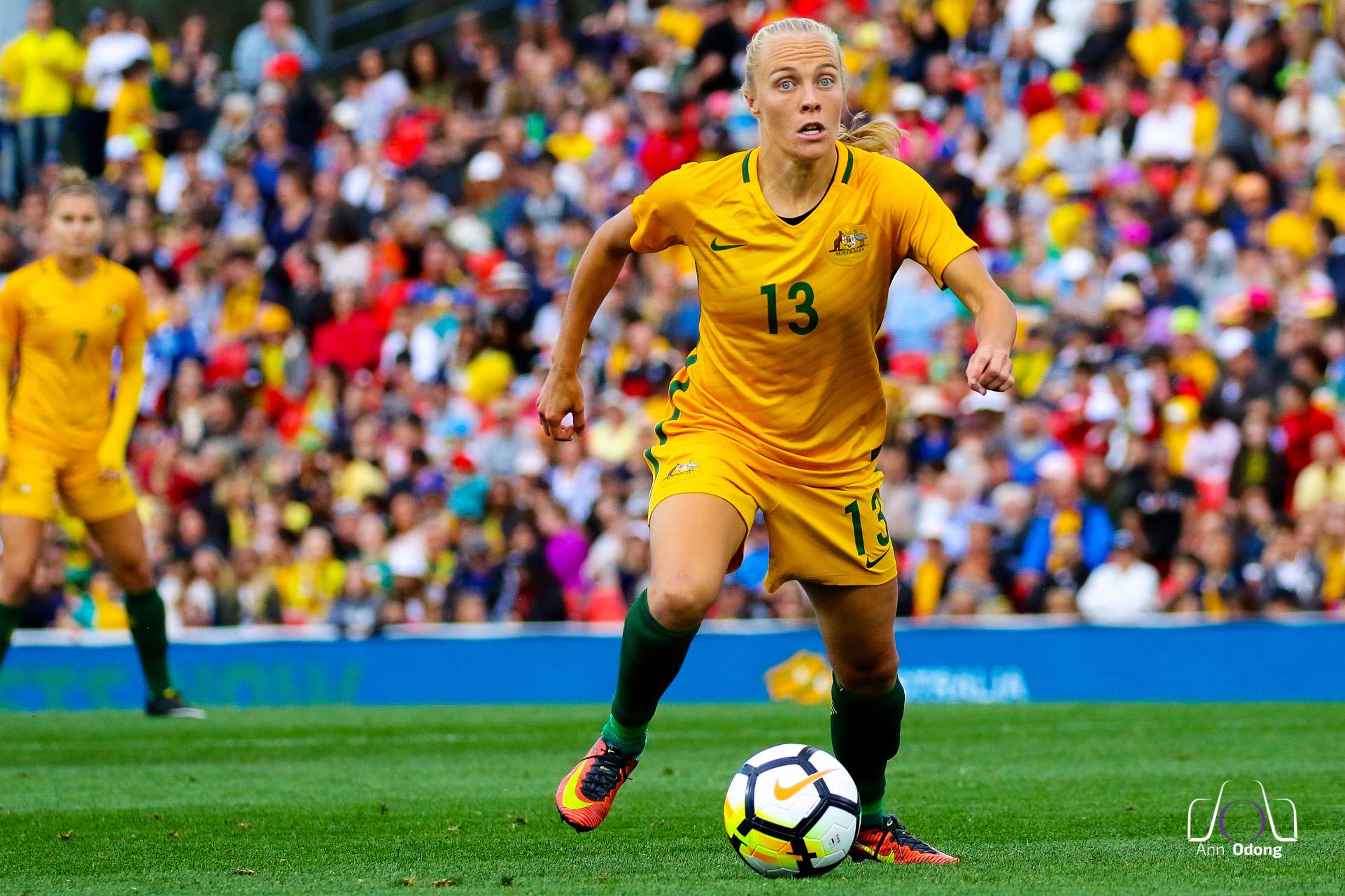 2017 marked a decade since Tameka Butt made her Matildas debut.  In Matildas terms, and with over 60 caps to her name, Butt is a Matildas' veteran but at the beginning of the year, the attacking midfielder required a break. It was a decision that was reached through a consultative process with the national team coaching staff.

"Although it was disappointing to miss out on the Algarve Cup but the timing for me was right," she said.

"I had played internationally for several seasons and those seasons were rolling back to back with W-League so I think at the time my body was definitely a bit strained and so was my mental capacity."

A contributing factor to the Matildas rise in recent years has been the number of players exported to leagues in Sweden, Germany, Japan, South Korea and the United States.  However year round football has its potential pitfalls as Butt pointed out.

"The more you play and the higher your training load, the bigger the injury risk is.  That is something that our national team now has a system in place that really monitors."

"It was more about giving me a break and player monitoring," she said.

"When it comes to being mentally fresh, I think it’s the things that you do off the field.  When I was away from the pitch I made sure I took that time away and balanced myself."

And it paid off.  Butt's return to the national team was in the Tournament of Nations where she scored against the United States.

That tournament also saw the 26 year old display that attacking pace and intent that reminded us that she has been one of the top Australian players in the past decade.