Miramontez joins the Red & Black off the back of a season in the National Women’s Soccer League with Utah Royals where she made 10 appearances.

The gifted 24-year-olf defender has also been rostered in the United States Under-23 Women’s National team and will link up with teammate Lo’eau LaBonta at the Wanderers. 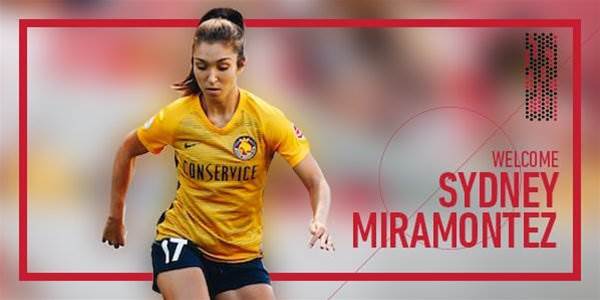 Miramontez says she didn’t take much convincing to join the Wanderers for the 2018/19 W-League season.

“The opportunity to join a well-respected and highly supported club made my decision to sign with the Wanderers very easy,” Miramontez said.

“The culture and the environment, created by both the players and coach Dan Barrett, is something that I am very excited to be part of.

“The competition level and talent of players across the league sparked my interest in playing in the Westfield W-League. I believe it can be a great place for me to continue my development as a professional.

“The Westfield W-League has remained one of the top leagues to play in and Australian players continue to rank among some of the best in the world, which makes this season very enticing to play in.”