While the State of Origin is going one down in Sydney, another battle will be raging up in Brisbane when long-time rivals the Queensland Firebirds and NSW Swifts come together.

The rivalry between the two sides goes back to the inaugural ANZ Championship in 2008.

While the Firebirds have come out on top in Conference Finals and Grand Final during the Championship, the Swifts have the upper hand in the Super Netball at the moment.

The Swifts won earlier this year as goal attack Helen Housby scored in the last minute to snatch a 54-53 victory.

To help with their preparation the Firebirds were at the men's Queensland Maroons training session.

Sharing tips on how to win our State of Origin matches this weekend 💪 You might see a few tackles from the Firebirds and some tricky passes by the Maroons!

Both teams are on equal points in the top four and the Firebirds sitting one spot ahead, it's going to be a tough battle.

"We're similar to the Maroons, we lost the first round to the Swifts so we definitely what to level that this year," Tara Hinchliffe said.

"It's a massive rivalry for us.

"Probably just as much as State of Origin, I guess in netball and as Firebirds, we probably take it more seriously," she said.

The Firebirds take on the Swifts on Sunday from 3pm at the Brisbane Entertainment Centre. 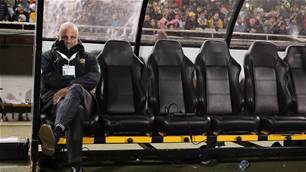