Sam Stosur's poor Australian Open record has continued bowing out of the first round to debutant Dayana Yastremska.

It's the fourth consecutive year the Queenslander has been ousted in the opening round at the Grand Slam.

This time it was at the hands of an 18-year-old Ukrainian, who took a 7-5 6-2 win on Tuesday afternoon in what was her second ever Grand Slam match.

"This day will stay in my memory forever," she said.

"I hope with these two weeks, hopefully two weeks, you will get to know me more and more." 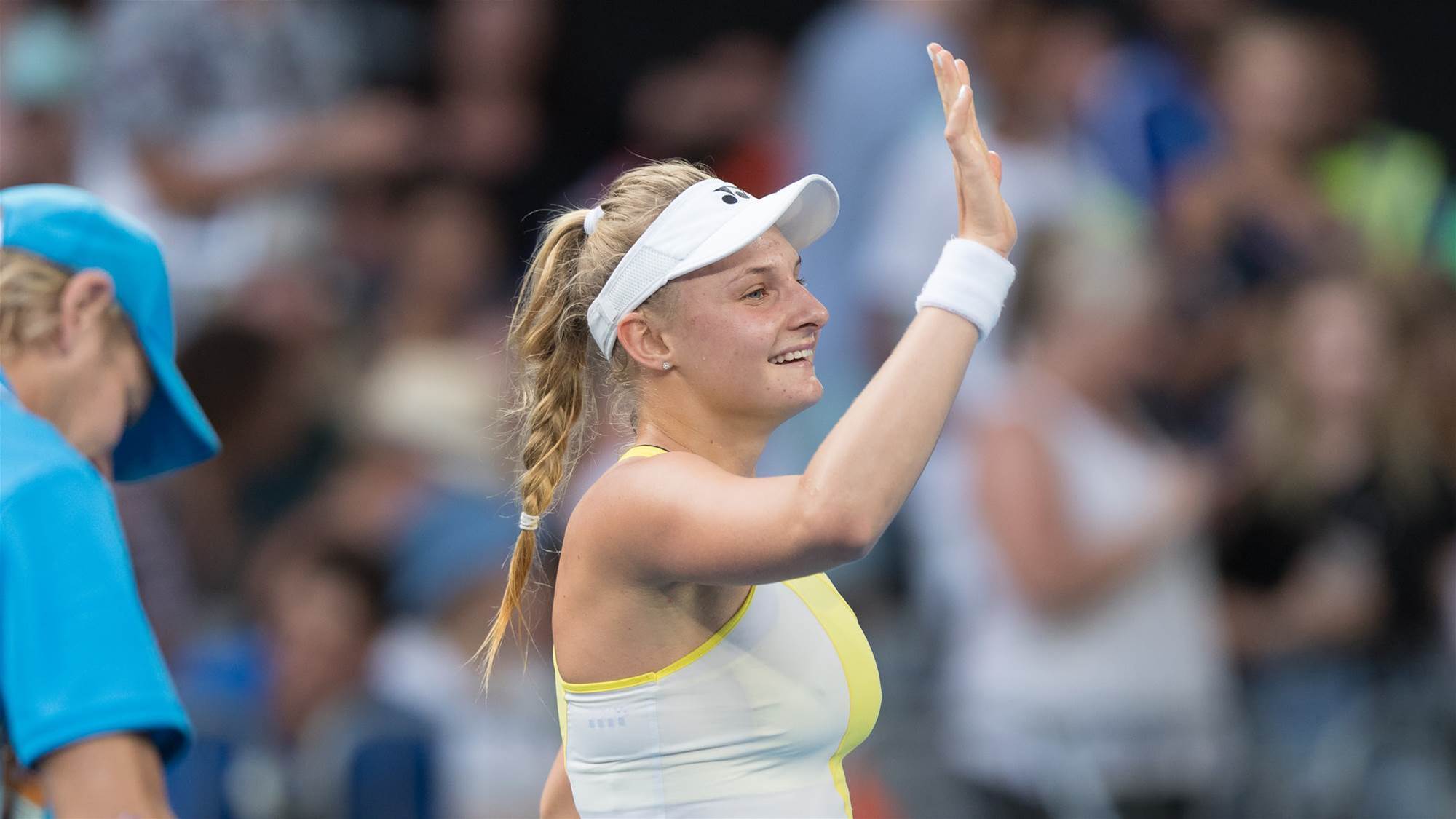 Yastremska dominated across the court once she settled into the match, winning 65 percent of first serve points and hit 21 winners to Stosur's 13.

The 34-year-old Stosur broke early in the first set against the jittery and eager teenager.

However, once Yastremska found her rhythm, Stosur struggled to contain her and she went on to win six straight games.

The former US Open champion went on to win the opening game of the second set but Yastremska once again was able to string multiple wins together.

Stosur did take a game in the seventh to make it 2-5 however by then it was all but over as the youngster from Ukraine served for the match.