Duo Samantha Stosur and Zhang Shuai have reached the semifinals of the women's doubles after a tight win over the No.1-seeds.

Stosur and Zhang defeated Czechs Barbora Krejcikova and Katerina Siniakova 7-6(2) 7-6(4) to book their spot at the in Australian Open semifinal.

“It would be amazing. I guess we are close now close now but it only gets tougher from here,” Stosur said.

It took just over two hours for the pair to come back from a break down in each set, to find the win over the reigning French Open and Wimbledon champions.

The duo becomes the third unseeded team to join the second-seeded defending champions in the final two rounds in Melbourne and it is the second consecutive Grand Slam that Stosur and Zhang have reached the semifinals, matching their result at the 2018 US Open.

Both sets went to a tiebreak but it was the one in the second that had Australian fans at the edge of their seat.

Deadlocked at 4-4, it was the Queenslander who crushed a forehand return winner down the line off of the Siniakova serve, giving her team a 5-4 lead with two service points for the Australian to come.

"We did well to come back from a break in both sets."

The win tops off a happy birthday for Zhang, as she celebrated turning 30-years-old on Monday. 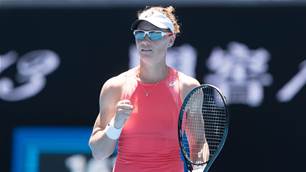 Stosur through to doubles decider 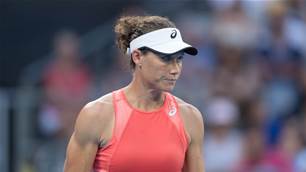 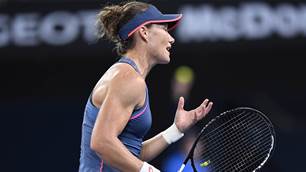 Not a Happy New Year for Stosur