The U17WNT are looking to make history 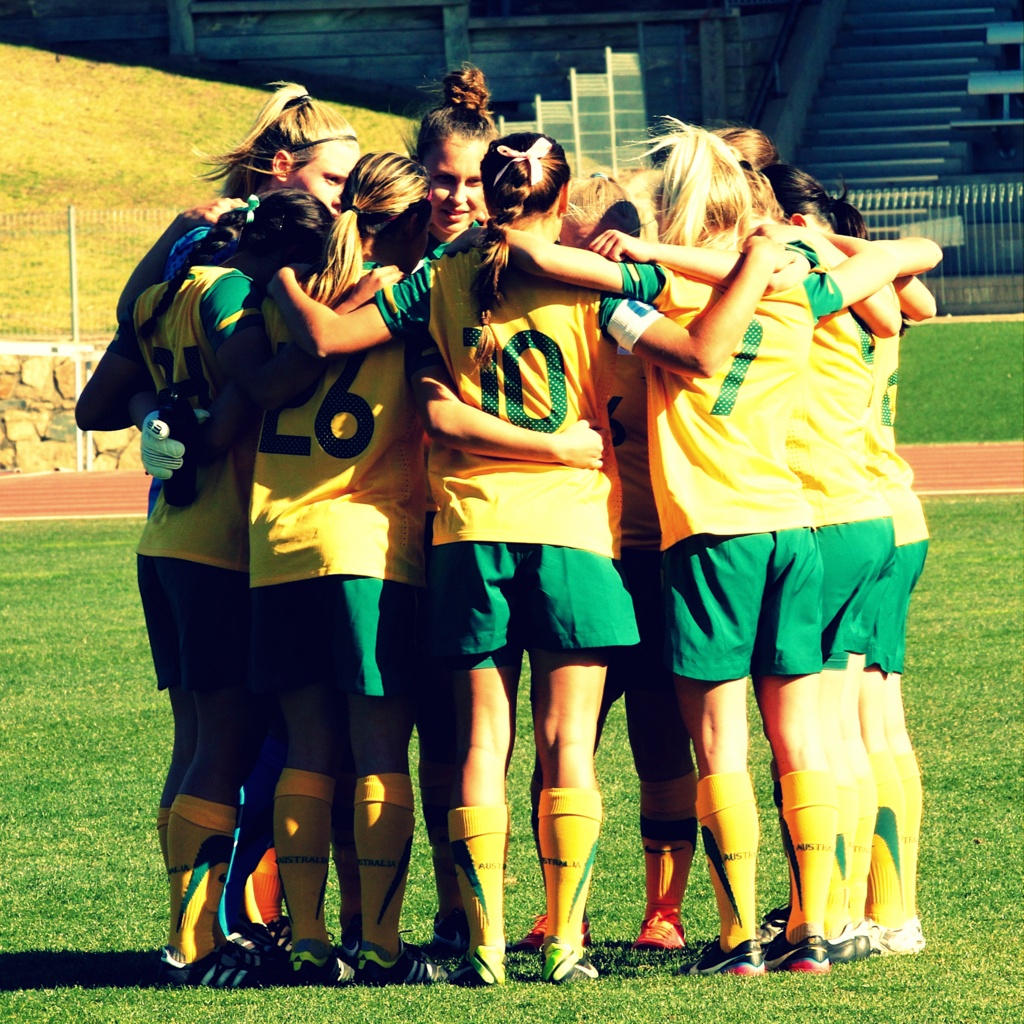 The U17WNT are looking to make history

A famous coach once said to his team – “Great moments are borne from great opportunity and you have earned this opportunity”.

That coach led his inexperienced USA team to a miracle win – the win no-one said could be achieved - the 1980 Olympic Gold Medal for ice hockey against the most formidable opposition on the planet – Russia.

He continued – “One Game. If we played 'em ten times, they might win nine. But not this game. Not tonight. Tonight, we skate with 'em. Tonight, we stay with 'em, and we shut them down because we can! Tonight, we are the greatest hockey team in the world. You were born to be hockey players -- every one of ya. And you were meant to be here tonight”.

“This is your time”.

And so this week our U17 Australian Mini Matildas depart Australia having earned their opportunity. The opportunity to create history for their country, for their coaches and support staff, for their families, for themselves and most importantly for ‘the team’.

Australia are grouped with China and Bahrain in Group A with the winner progressing to the sem-finals. It’s a very tough ask for the Mini Matilda’s – but where there is life, there is hope and we know these girls will fight to the end.

History suggests it is a champion team that overrides a team of champions.

That the success of a team is built around many important ingredients – the culmination of passion, leadership, trust, common goals, work ethic, commitment, responsibility, communication, organization, accountability, determination, courage, integrity, humility, respect and the ‘will to win’.

And many of the girls have prepared for this opportunity for an entire year. A year of hard work, psychological preparation, blood, sweat and tears all for the chance to challenge for the AFC Cup and qualify for the U17 Women’s World Cup in 2014.

Remember, this is a task never achieved before by a female youth Australian team in women’s football. The stage is set….

So what defines a team? What constitutes a successful football team? And why should we care? A team seems to be an organized group of players striving to achieve a common goal for each other. And success is a result of perfectly executed and well organized efforts – a team effort where every individual puts the interest of the team ahead of their own.

As is the case in business, without an effective team around you, success is near on impossible and failure awaits those who think they can go it alone.

In football, the pinnacle of the game is the World Cup. The Spanish men’s team currently holds that accolade and commentators have attributed this to several key factors of their game.

The most prevalent is that Spain defends against opposition teams with a simple philosophy – maintain possession because if you have the ball, then only you can score. With unprecedented possession in a game in the 60-70% range, the opposition only has 30-40% of the game to score.

A simple but effective strategy and something to think about but to execute such a plan, you must have total faith and confidence in your team mates and their abilities.

The final game of the New Zealand friendlies, saw the Mini Matildas dominate the opposition winning six goals to nil. This was a clinical display of possession football and there is absolutely no reason why they cannot again produce this type of football against the might of the Asian powerhouses – China, Korea and Japan.

Let’s be clear, there is one ball on the pitch and if you have possession, you have the best opportunity to score and win. Don’t give the ball away cheaply, be strong on your opponent, pressure at every opportunity and trust each other and believe in your quest for success. Self-belief is an incredible element to successful teams.

It’s so important to understand that good team players treat fellow team members with courtesy and respect - not just some of the time but consistently.

In addition, they show understanding and the appropriate support of other team members to help complete a task or execute a set play orchestrated by the coach. They don't place conditions on when they'll provide assistance, when they'll choose to listen, and when they'll collaborate – its innate.

Good team players also have a wicked sense of humor and know how to have fun but they don't do this at someone else's expense. Quite simply, effective team players deal with other people in a professional manner and maintain a focus on the good of the team at all times.

They care about what the team is doing and they contribute to its success — without any encouragement from the coach or players.

Team players with commitment look beyond their own piece of play and care about the team's overall outcome. In the end, their commitment is about seeing the team succeed and knowing they have contributed to this success.

Winning as a team is one of the great motivators of player performance. Good team players have and show this motivation.

Coach Belinda Wilson is a well decorated female coach in Australian football. And like all coaches, the culture and values of the team are demonstrable from the very top down.

And so let it be known “The strength of the wolf - is in the pack”.

Enjoy your trip girls, your quest for success and maintain the faith in each other for the good of the common goal.

Stocky’s Scribbles will be in Nanjing China covering the girls games so those parents unable to attend, will hopefully be able to experience the atmosphere and action through words.

Either way, this group of girls have already done us proud thus far and we hope will stretch the campaign even further over the following weeks.