Australia came away with a 9-7 win over Russia in the quarter-final to set up a showdown with the USA.

#AussieStingers 🇦🇺 are through to the Semi Final of the #FINA #WorldChampionships after a thrilling 9-7 win over Russia 🇷🇺 in South Korea. Next up the #Aussies will take on #USA on Wednesday 24 July.#GoAus #Gwangju2019 pic.twitter.com/9epZIFE92H

From the outset the Stingers took control as they pushed the Rio Olympic bronze medalists, setting up a solid lead which gave them the confidence to bring home the win.

Queensland young gun Gabi Palm had a standout World Championship debut with the goal keeper today taking out Player of the Match honours.

“We went into the whole game to shut down their counter-attack and have strong defence,” the 21-year-old said.

“We held them to one goal in the first half. We held strong against their counter-attack and controlled the game. I’m so stoked to go to the semi-finals."

Dual Olympian and captain Rowie Webster, couldn’t be happier with her team’s effort.

“We went up and down the pool for four quarters and having Gabi in goal was just amazing. The team goals and the way we were grinding it out, was just brilliant,” said Webster.

Australia will face the USA on July 24 (Wednesday) at 6:00pm AEST. Watch all the action live on www.finatv.live 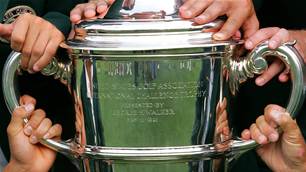 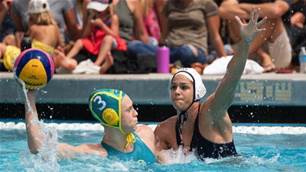 Stingers ready to take on the worlds best