Ochs teams up once again with Lindsey | (Credit: ISI Photos) 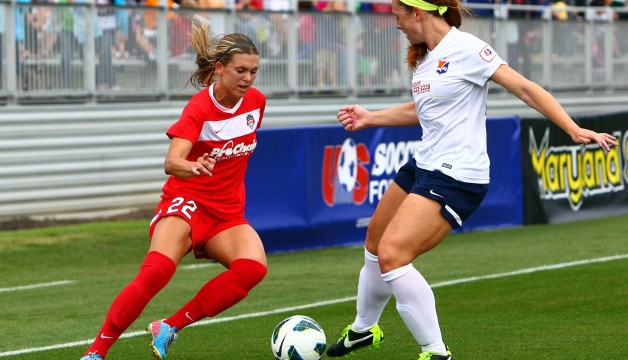 Ochs teams up once again with Lindsey | (Credit: ISI Photos)

“I'm very thankful for the opportunity to play for the club while also experiencing everything Australia has to offer. I cannot wait to get started, especially alongside my teammate Lori [Lindsey] from the Washington Spirit. It will without a doubt be a great experience for both of us.”

The 23 year old was on the radar for United after her performances earlier this year in the Four Nations Tournament in La Manga Spain.  Two goals and three assists in wins over Norway (3-1), Sweden (6-0) and England (2-1) saw Ochs named Tournament MVP.

After long negotiations, Canberra were finally able to secure the signature of the striker, to the delight of CEO Heather Reid.

“Stephanie comes to us highly rated by Jitka [Klimkova] and US National team Technical staff."

"I am sure she will be an excellent addition to what is a very strong attacking line-up. Her pace and creativity will be an asset to Canberra United and we look forward to seeing her in action this season.”

The signatures of Lindsey and Ochs leaves one final international spot on the Canberra roster.  While not confirmed, TheWomensGame has been advised that this spot will go to another US player with negotiations to wrap up in the coming days.

Canberra United commence their 0n Monday, 30 September with both Ochs and Lindsey, as well new coach Liesbeth Migchelsen set to arrive in the country in the coming weeks.

Canberra kick off their season against Brisbane Roar on Saturday 9th November.