If there is one word that could sum up Australia's 2016 AFC Women's Olympic Qualifiers campaign it is flexibility.

If there is one word that could sum up Australia's 2016 AFC Women's Olympic Qualifiers campaign it is flexibility.

Flexibility in personnel, in tactics and in formation.

The 2015 Women's World Cup saw Australia with one of the lowest rates of rotation of the quarter finalists, with eight players seeing less than 60 minutes on the pitch and six of those players not seeing a single minute.

In the end, the heavy reliance on 12 player - who average 384 out of a possible 450 minutes -  was a contributing factor to Australia's quarter final exit.

In our 2015 Newsmakers series last year, head coach spoke about squad depth and flexibility being the no. 1 factor for Australian in the coming years.

"[Depth] is critical and it is the most important factor going forward," he stated.

"Not only does depth provide you with better players on the field, but it just provides so much more competition within the squad."

Heading into the Olympic Qualifiers - did we mention it is gruelling schedule - Stajcic has looked to select a 20 player squad that affords him with maximum depth and flexibility across all areas of the park.

For many of the players it has been a W-League season long audition, with the final stage four weeks of post W-League training under the eyes of the national selectors.

"Definitely these are the most in form players at the moment and have earned their spot," said Stajcic.

"It comes down to depth and the performance of the players and form.  In this tournament there is a greater need for flexibility within the squad." 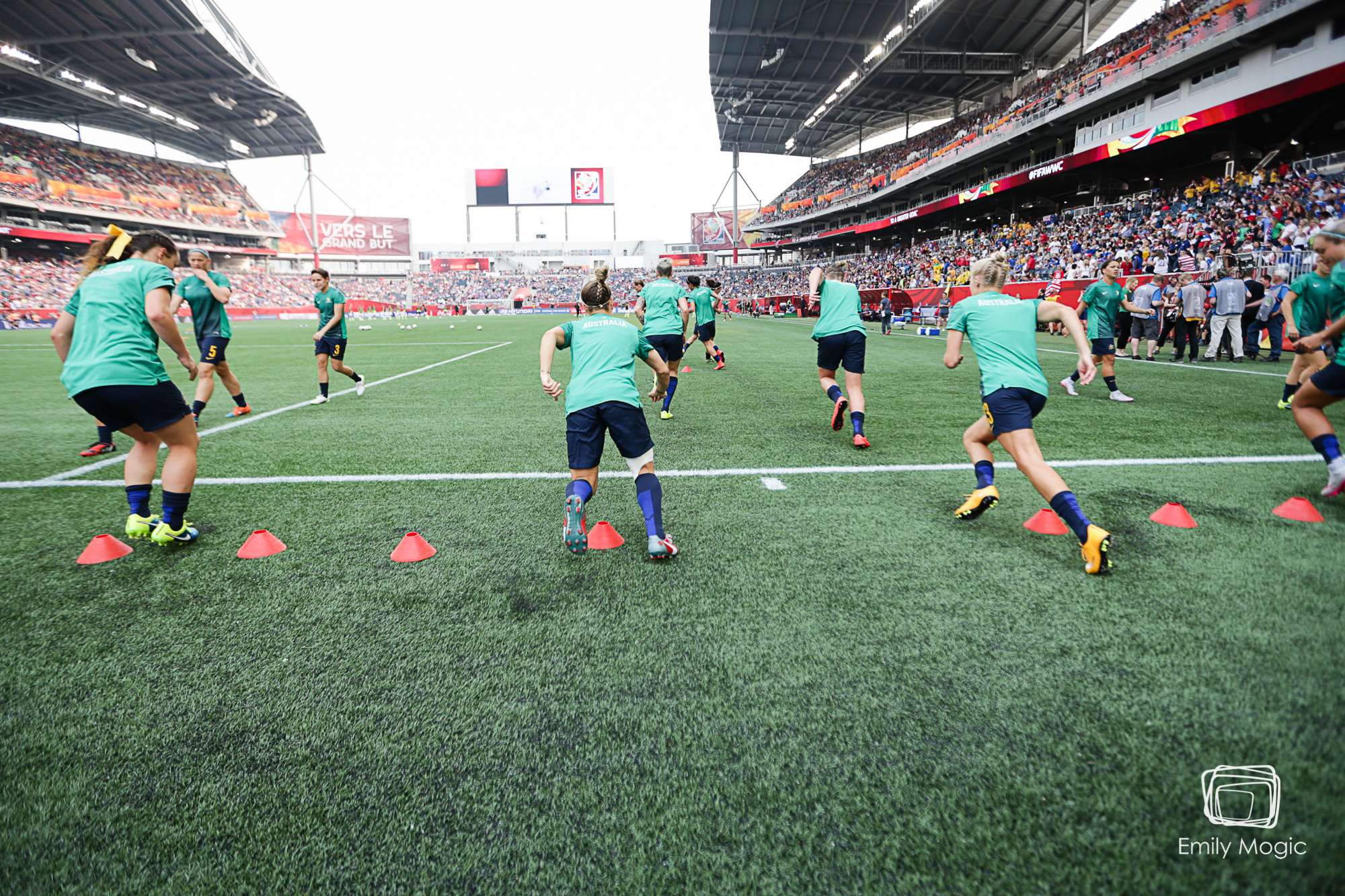 All players will be called on to play a part (Photo: Emily Mogic Photography)

In some ways a Stajcic team is predictable - don't expect them to sit back and be dictated to - but in others they are unpredictable, flexible, mobile.

Caitlin Foord is a prime example of this with the 21 year old the ultimate utility player.  Named as a forward for the tournament, Foord is best known for exploits at right back.  However, in the opening match of the 2015 Women's World Cup against the United States, she was lining up at left back with equal assurance.

In that same match usual left back Steph Catley lined up at centre back while Elise Kellond-Knight has been named in the past two World Cup Teams of the Tournament at left back and in the midfield.

It is that type of flexibility that Stajcic will be calling upon in the qualifiers to allow for greater squad rotation and player load management.

"We are an unpredictable team in that sense but it also gives us a lot of flexibility in keeping the team fresh and getting through the tournament with a degree of fitness and freshness."

Keeping players fresh will be pivotal for all nations in this tournament.

There will be little opportunity to fully swap out a team in a tournament where the top 5 nations are ranked 4th, 6th, 9th, 17th and 18th.  And that 17th ranked team, China, recently handed the USA (current world champions and world no. 1) their first defeat on home soil since 2004 (103 matches).

As part of the process Stajcic has looked to add depth in the spine of the team.

Centrally Aivi Luik comes in as a defensive/holding midfielder with the Melbourne City championship player allowing for the resting of the key Kellond-Knight.

The inclusion of Newcastle Jets' Chloe Logarzo as an attacking and creative midfielder also allows for the rotation of Emily van Egmond, Katrina Gorry and Tameka Butt as required while up front Emily Gielnik's versatility can see her play out on the wing or centrally as the game plan calls for. 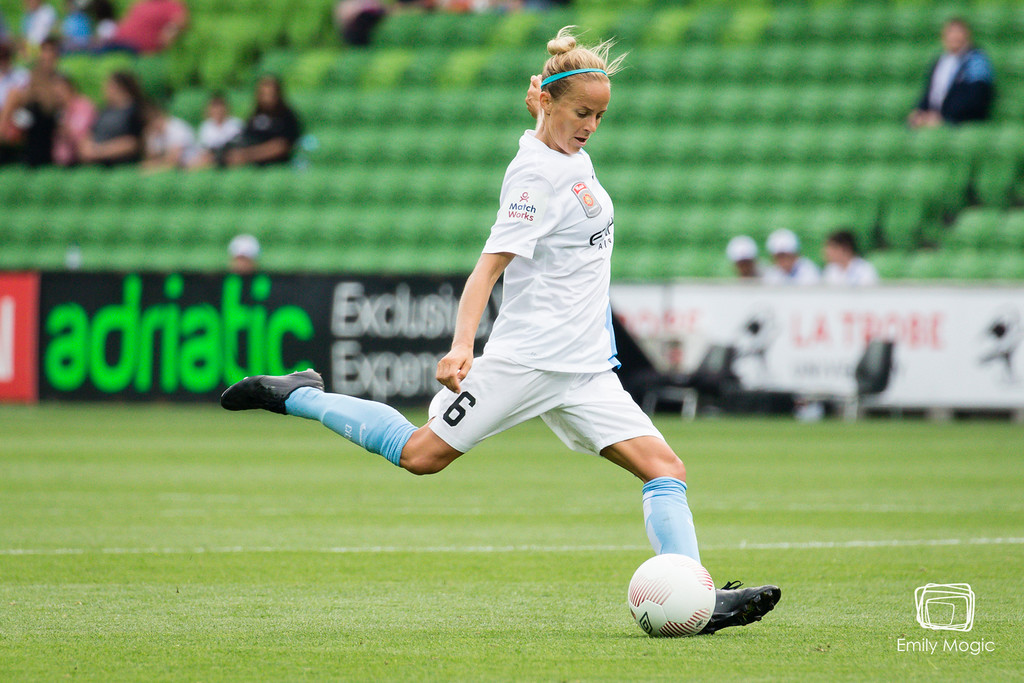 Luik one of the new players to add depth to the squad (Photo: Emily Mogic Photography)

The two recent AFC powerhouses, Japan and Australia, will feel they have the advantage with greater squad depth than their counterparts.

Stajcic and his coaching staff have already put plans in place to take advantage of this with a tentative plan of using specific players for specific matches.

"Playing a game every second day we are really going to have to tailor the squad to each game," he continued.

"We have already put a plan in place for who will play game 1, 2 and 3 but even that plan is flexible within itself."

"It is not going to be rigid but we have certainly got a mindset where we have an idea about which players will be key in which game depending upon the opposition."

The tournament management will not only be about which players will be getting particular minutes but also about the in game tactics.

Getting the ball and keeping the ball will be paramount and has been the basis of most of Australia's training sessions, along with ensuring their base fitness is high.

Asia is one of the most technically competent confederations and Stajcic knows that possession will be key.

"We like to keep the ball, have the ball and not run as much but that is always a little bit more difficult against the Asian teams, particularly Japan who are probably the best team in the world at keeping the ball with their technique and their awareness of the game."

"Certainly it is something we are striving towards and working hard at training and in every session to be good at."

Despite all the best laid plans, the Road to Rio will have many more challenges thrown at the Australian team and what remains to be seen is if they are flexible enough to bend rather than break.