Stage 6 was the first taste of what’s to come in the closing days of the Giro Rosa.

Mitchelton-Scott demonstrated their strength with Amanda Spratt and Annemiek Van Vlueten taking 1st and 2nd at the mountain top finish in Gerola Alta. Ashleigh Moolman-Pasio came over the line in 3rd.

First mountain finish of the Giro this year. Stage win and the Maglia Rosa. Today was a good day 😁. This really was such a TEAM effort. Special thanks to @gracieelvin @sar_roy @joliendhoore @jessallen1993 who have been doing bulk work the last days making sure Vleuty and I have been able to save as much energy as possible. Then on the climb @annemiekvanvleuten made a strong attack that set me up for my winning move. Thanks ladies! Happy I can repay them for the hard work the last days. Tomorrow is a 15kms uphill TT- I’m ready to keep fighting with my team 😊 📸 @gettyimages • • • • #giro #girorosa #girorosa18 #girorosa2018 #italy #uciwwt #womenscycling #stage6 #gerolaalta #winner #teamwork #magliarosa #specialfeeling #thanksteam

The race was reasonably uneventful for the flat 98 km run into the final climb. A few riders made brief attempts to form breakaways, but none were successful. It seemed that everyone was bracing themselves for the carnage that would eventuate in the final 15 km.

As soon as the peloton hit the base of the climb the field began to splinter as the climbers drove the pace at the front. A lead group of 16 split from the bunch, including Australian’s Amanda Spratt (Mitchelton-Scott) and Shara Gillow (FDJ).

Following a painful attack by teammate Van Vlueten, Spratt made her move to get ahead of the reduced group. She pushed upwards for the final 4 km to cross the line 29” ahead of her teammate.

Spratt also takes the General Classification lead ahead of Ruth Winder by 30” and will now wear the maglia rosa.

If Mitchelton-Scott are able to defend Spratt’s lead in the General Classification, she will become the first Australian to win the Giro Rosa. Kathy Watt was the previous closest as runner up in 1994.

On Thursday, the Giro Rosa peloton will be faced with a 15 km uphill individual time trial (ITT). The course starts in Lanzarda and climbs 1047m to finish next to the small lake of Campo Moro.

The outright favourite for this stage will be current time trial world champion Annemiek Van Vlueten. She sits only 33” behind Spratt in the General Classification, so there’s every chance she will take that as well. 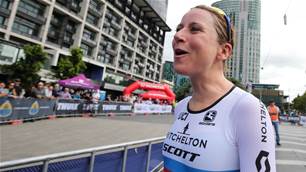 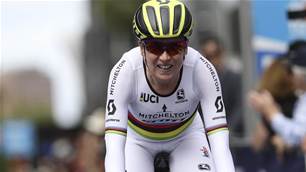 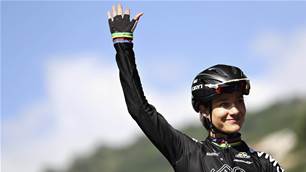