Six Australians have made the WNBA playoffs with Leilani Mitchell and her Washington Mystics narrowly missing out.

Seven Australians are currently plying their trade in the Women's National Basketball Association in America.  The 2021 season came to an end this past weekend, with four teams and their players seeing their season end.

Leilani Mitchell was one of those players.  Currently in her thirteenth season in the WNBA, having first made her debut in 2008, her team the Washington Mystics narrowly missed a playoff berth finishing ninth in the regular season.

The other six Australians made the playoffs.

The playoffs will begin later this week begin on September 23, 2021 in America.  The short post season starts with the numbers five to eight seeds meeting in round one.  The winners of the single elimination match then proceed to round two where they meet the third and fourth seed.

The #WNBAPlayoffs bracket is set âœ…

The Seattle Storm are the current WNBA reigning champions, having won the final last year with  Ezi Magbegor and Sami Whitcomb as part of the team.

Should any of the six players win this year's championship, they will join an illustrious list of Australians to have previously done so. 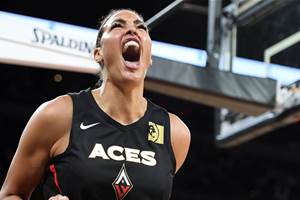 After months of speculation following its season's postponement, the Women's National Basketball Association has announced that an abbreviated season will start in late July. 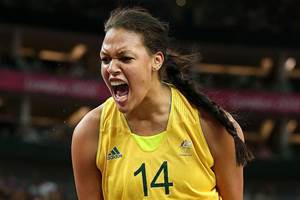 Opals star Liz Cambage is one of the most recognisable and inspirational Australian female sporting stars. But it hasn't always been easy to stand out.