Speak with any player and the dreaded word is the "R" word. Many never like to even think of it and as age creeps up, the more inevitable it becomes, the more steadfastly some players ignore it.

Speak with any player and the dreaded word is the "R" word. Many never like to even think of it and as age creeps up, the more inevitable it becomes, the more steadfastly some players ignore it.

For 24 year old Western Sydney Wanderers and former Young Matildas midfielder Linda O'Neill, there was not the same angst regarding announcing her retirement from the game.

"I think the reason I've decided to make the decision this year is unfortunately my love and passion was lost in lasts year's season," she said.

As with many W-League players, O'Neill has balanced football with the day to day activities of life.  Since debuting as a 16 year old with Sydney FC, the midfielder has spent the last eight years juggling nursing studies with training, matches and eventually working in the health system.

"The main reason I've played for so many years is because it's been my love, life and happiness but I've struggled to find the fun within the game anymore."

"I think on top of traveling from the Blue Mountains and working a rotating shift roster it's purely exhausting to balance the both."

Meanwhile for Canberra United's Grace Gill, this season is about a circuit breaker and taking stock on a game that has been a large part of her identity.

"I don’t see this as my retirement," said the two time W-League champion.  "What made it the right time to have a break was being honest with myself and recognising that I needed some time away from the game."

"There are several aspects that contributed to my decision and it was one I struggled with for quite some time. When I finally landed on it, I knew it was the right thing to do."

For Linda O'Neill her decision to retire brings to close a career that included 75 W-Leagues (6 goals), a W-League premiership and championship and appearances with the Junior and Young Matildas.  It has also seen lows and disappointments but for the Western Sydney Wanderers W-League appearance record holder, the balance is strongly in favour of the highlights.

"Through the 9 years of playing W-League I've experienced some of the best memories in my life," she said fondly.

"I've met some amazing people from all over Australia and all over the world. I think it has taught me many life lessons."

"My all-time favourite highlight of the W-League itself would be back in 2009 Grand Final, scoring for Sydney FC then proceeding to win the championship."

"Other highlights would include winning player of the season for the Wanderers in 2013 and obviously putting on the Australian jersey and representing my country at the Under 17s and Young Matildas."

The equation also weighs heavily in the happy memories corner for Gill with the midfielder participating in two championship and premiership winning seasons with Canberra United.  Even more so with Canberra being her hometown club.

"It was a special moment to win the Championship in 2011 with Jitka Klimkova," Gill remembered.

"We went through the round games undefeated and were able to complete the season with a Grand Final win. The stadium was at full capacity for that game and the type of atmosphere that comes with that is unforgettable. It was humbling to have that experience in front of my family and friends. Of course, the people you meet through the game create the most amazing memories." 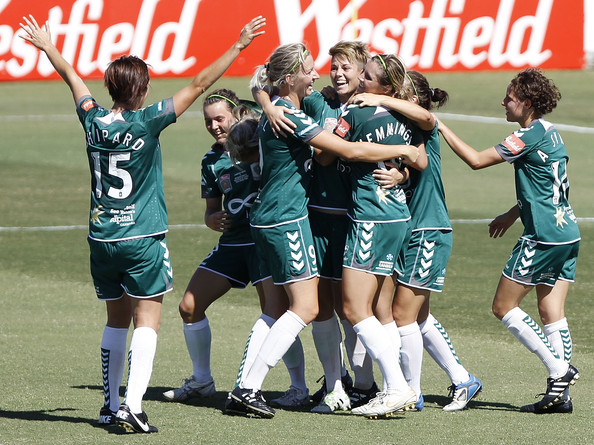 For both Gill and O'Neill, 2016 will mark the first season they have not been a part of the competition.  Both players entered the W-League in its infancy and have seen it transition over 9 seasons.  They have seen its positive changes and also experienced the realities of a semi-professional league.

"The W-League is a completely different competition to what it was 8 years ago.  From sponsors, to the players attracted to the competition, to marketing and ultimately to the overall quality of the games, it has markedly improved." - Grace Gill

"Initially, there was doubt over whether the league would survive let alone for 9 years, so I'm pleased to see it has done so and flourished in the process."

"I think the W-League has come a long way since the first season," she said. "I think the level of the game itself has improved tremendously with some amazing imports coming and playing within in the league and not to mention some of the greatest Matildas we have now today." 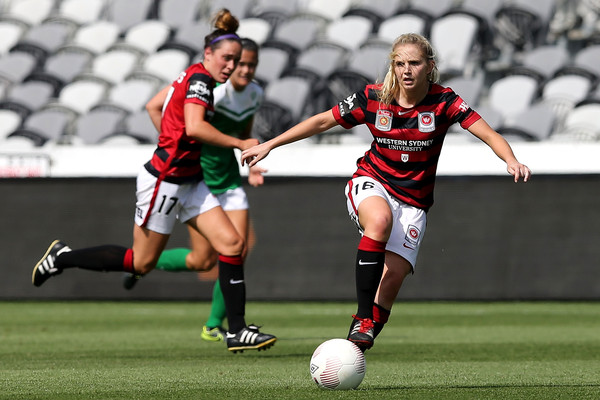 Linda O'Neill is the games record holder for the Wanderers (Photo: Getty Images)

In a year where there has been recognition and an opening up on the challenges associated with playing, it can be all too easy to forget the progress that has occurred.  Although a new outcome, the implementation of minimum player payments ($60 to $150 per week for a maximum 16 week period) is a small step forward.

"As for many of the few seasons I was playing out of the love, receiving little or no payments," O'neill continued.

"I think that aspect has changed which is great to see and that future generations shouldn't be taking that for granted although it still has a long way to go!"

Gill is also pragmatic and realistic about the current state but has aspirations for the future of a league she was once the face of.

"Every athlete involved in the league knows that the 3 months spent playing in the W-League often comes with a financial sacrifice.  That said, we have never played ‘for the money’ because that has not been a reality."

"With that in mind, it would be great to see each Club have quality minimum standards that are met and adhered to – health care, training facilities and a professional environment. I know, we ask for a lot," she laughed. "I hope that with sustained and increased sponsorship players see improved financial support."

For now O'Neill is hanging up the boots and taking with her a host of life lessons.  For a 16 year old coming into the competition, she has only one message: "Enjoy every minute of it."

For Gill it is more a case of 'see you later' rather than goodbye.  Even with a playing break, Gill can't stay away from the game completely.

Last weekend she participated in Canberra's opening match but this time on the other side of the fence.

"I feel as though Women’s Soccer is inherently part of my life.  It has been that way for the majority of my adult years and it will continue to be into the future."

"I will still be involved with Canberra United. My heart is full from my time with the Club and I know I have more to offer in some capacity. As for what happens next, watch this space."

This time though, the commitment to the club has provided a little breathing space and the 27 year old is also looking forward to making the most of it.

"I’m trying to remain non-committal for the next couple of months. After 8 years of knowing exactly what my summer and Christmas has looked like with the Canberra United schedule, it’s nice actually not making any plans."