Seven AFL has apologised to fans late on Tuesday night over the deleted photo of Carlton star Taylor Harris.

The photo, which shows a trademark Harris kick in her side's victory against the Bulldogs, was deleted by the broadcast company after comments on the post became "inappropriate and offensive".

This is the photo which was removed:

However, this didn't sit well with people and they rallied behind the 21-year-old AFLW player on social media.

The Twitter community, in particular, voiced their disapproval over the decision and questioned why the photo was deleted instead of monitoring the comments and deleting or blocking the people who made them.

The likes of Geelong vice-captain Patrick Dangerfield, four-time Olympian Anna Meares and Matildas captain Sam Kerr all came out in support of Harris.

THE PROBLEM WAS NOT THE PHOTO https://t.co/a48ueZgPcM

How this incredible image of Tayla Harris by Michael Willson was;
1- seen as negative and drew trolls to comment and
2- that the @7AFL took it down as a result...
ASTOUNDS ME!
So I’m sharing it proudly! #GoTaylaGo #womeninsport pic.twitter.com/ErrdVOwskI

However, close to midnight AEDT, 7 AFL came out and apologised for their original decision.

"Removing the photo sent the wrong message. Many of the comments made on the post were reprehensible & we'll work harder to ban trolls from our pages.

Speaking on RSN Breakfast Club on Wednesday morning about the situation, Harris said she felt empowered.

"I think because of the reaction that has come, it's been a bit of a whirlwind," she said.

"I've seen all of it, that I hope a lot of people don't know what we're talking about and won't because they've been deleted since. That created what has come now."

"I feel empowered this morning. It isn't about me now it's about a way bigger picture. We're not talking about the trolls anymore, we're talking about society."

"It isn't about me now it's about a way bigger picture." 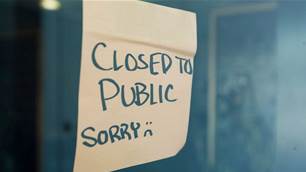