Brisbane Roar entered the 2015/16 W-League season with the shadows of what was their worst season on record hanging over them.

Brisbane Roar entered the 2015/16 W-League season with the shadows of what was their worst season on record hanging over them.

However massive player turn over in the pre-season brought ten new faces to the squad to fill the gaps created by transfers, retirements and injuries. These fresh faces would prove to be integral to the teams qualifying success this season, with five of the ten players appearing in ten or more matches for the Roar.

Coming into this semi-final against Melbourne City, the Roar have a surprising advantage on their side - thus far this season they have an away record of 3 -1 -2, compared to their home record of 2 - 0 - 4. While the league leaders are undefeated home and away, the Roar have proven that playing outside of their home field is no disadvantage.

When looking at this season as a whole, it’s apparent Brisbane Roar are a team that found their stride late in the season. With three wins, a loss and a draw from the last five games, this is a team that offensively and defensively took time to come together. However once they had, the Roar impressed with their late season run for a playoffs position.

Early in the season the Roar defence struggled to be consistent under pressure, holding out the Western Sydney Wanderers in a 3-0 victory in Round 2, but falling the next weekend under high pressure every time they had possession to Adelaide United. That said, within the last five games they have only conceded two goals, including holding Melbourne City to only a 1-0 win.

The work engine of their defensive side has been Clare Polkinghorne, who has captained the side in ten of the season’s twelve matches. Working with keeper Haley Kopmeyer, it has been this combination that has brought the defence to the form it’s in now, one that has played and challenged Melbourne City before and will looking to do it again.

Brisbane’s biggest challenge coming into this semi-final game will be filling the gaps created by a missing Katrina Gorry, who’s serving a one week suspension for accumulated yellow cards, and Kristy Yallop who is away with the New Zealand National team.

The loss of these two players for this week’s match is a devastating blow as it has been Gorry and Yallop’s combinations in the midfield that lead to so much offensive success this season.

The question then arises, who can and who will step up to give this team the drive to create offensive chances against a dominant Melbourne City defence?

Brisbane have an uphill battle coming into the semi-final with the losses of Gorry and Yallop from the line-up. This raises questions of consistency and attacking-mindedness that the team will have to answer early.

If Brisbane are looking to upset Melbourne City, central for them will be patience and intensity. Patience on the ball, making smart passes and not letting City fluster them with high pressure and speed.

Intensity in not giving players such as Kim Little and Jess Fishlock time and space on the ball. This is a City side that takes their time, passes the ball upwards of a dozen times without interruption, using length and width to draw their opponents out and slip shots into the back of the net. Interrupting that rhythm and keeping City on their toes offensively will be vital if Brisbane wants a serious look at the final match. 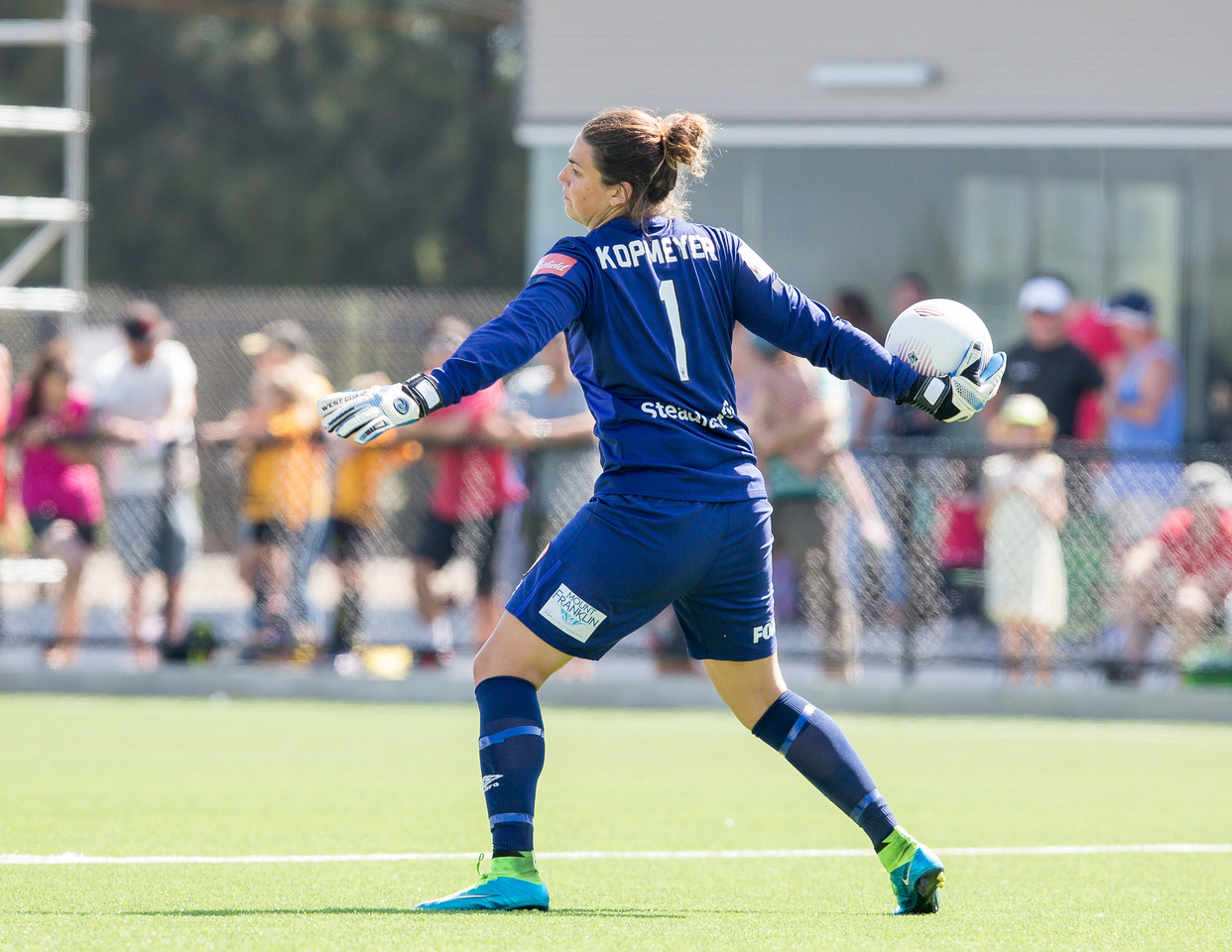 The experienced duo have been the cool heads in a re-built and relatively inexperienced Brisbane defence.  Polkinghorne's command of the back four as well as her positioning and the occasional goal have led Brisbane to a return to the top four.

Meanwhile Kopmeyer's calm presence at the back and top notch saves have kept the Roar in the game time and again when the opposition has threatened.  If Brisbane are to pull of the upset of the ages, Polkinghorne and Kopmeyer will have put in massive performances. 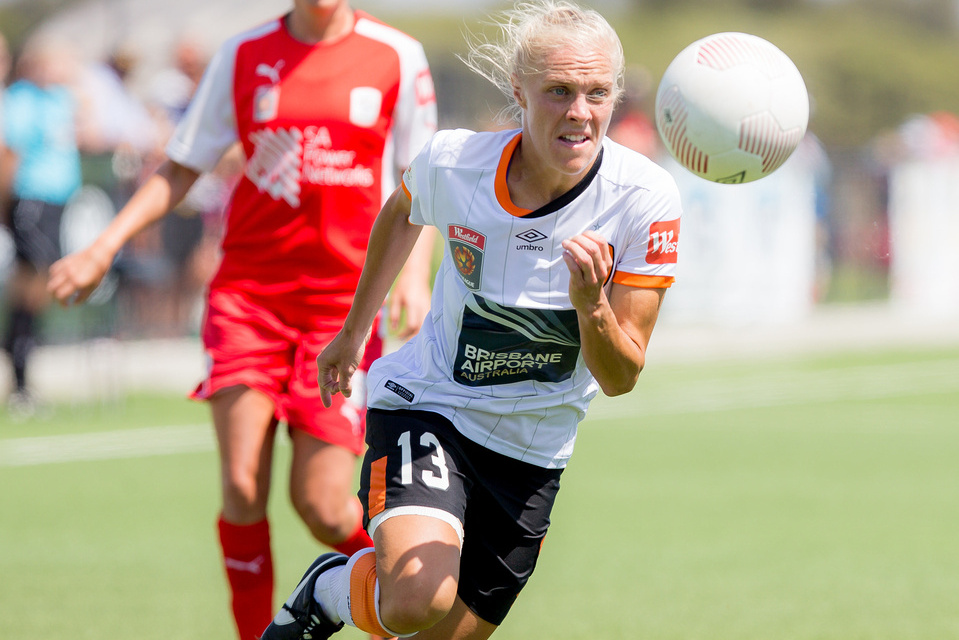 In games prior, Butt has worked well with forwards Gabe Marzano and Emily Gielnik to combine and cripple their opponents defence. With the City defence it’s going to take a well coordinated and on form attack to get past stalwart Melbourne backline and Bri Davey.

Also critical for Brisbane is to capitalise on City’s mistakes. There has been success in the past for the teams that have forced City into errors deep in their own half. The only catch is that it will simply not be enough to win possession over City, they actually have to put the ball in the back of the net. 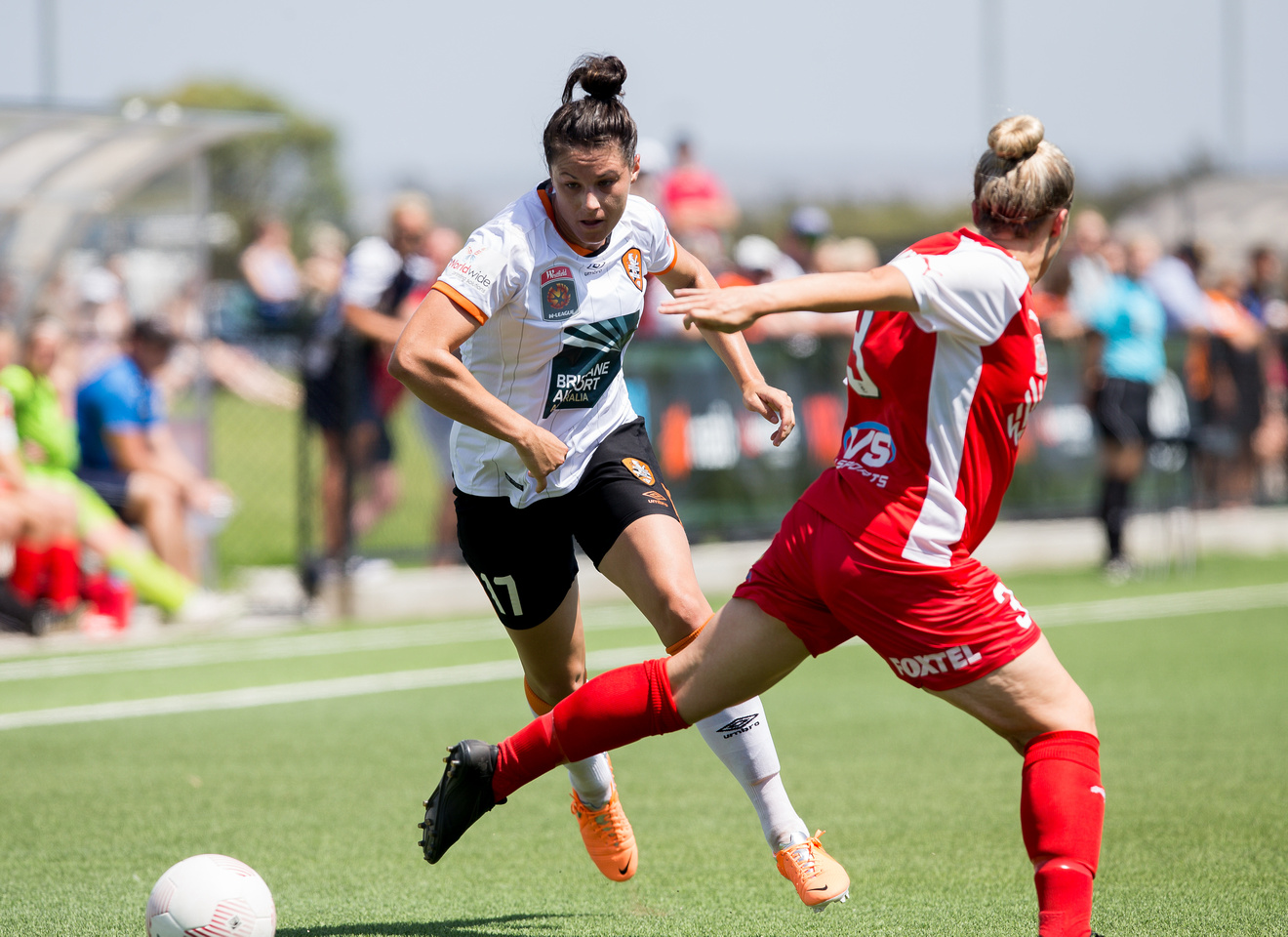 Playing further out on the wing, Gielnik has been a standout this season. With an increased workrate and endurance, the 23-year-old is only second on the team in minutes played this season, having stepped on the pitch in all twelve matches this year.

Gielnik’s consistent high intensity, high effort style, with an ability to beat her defender and cut the ball into dangerous areas, has been central to this team and will continue to be going into the semi-final.