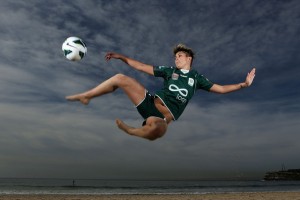 The 2012/13 Season of the Westfield W-League was officially launched yesterday with at an exclusive event on Sydney’s Jones Bay Wharf.

The new season is set to be the biggest yet with one more team (Western Sydney Wanderers FC), two more rounds (12) and 13 more games to be played out over Australian summer.

As well as local and Matildas stars, the W-League also sees an influx of internationals from England, Canada, the United States, New Zealand, Sweden and even Iceland.

“The Westfield W-League is one of, if not, the world’s premier women’s football competition and this season is set to the best one yet,” said Head of W-League Damien De Bohun.

“For me, the beauty of this league is that it creates new heroes each season.  It is also the breeding ground for the Westfield Matildas – one of Australia’s most successful sporting teams.

Round One kicks off this Saturday October 20th with the, now traditional, grand final re-match between the last two winners of the league; Canberra United and Brisbane Roar at Canberra’s McKellar Park (kick-off 2.00pm) with the season ending with the Grand Final on the Australia Day weekend - Sunday, 27th January. 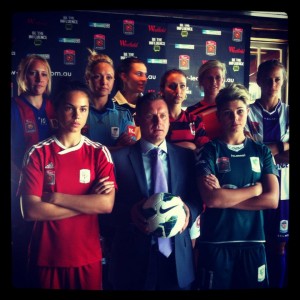 W-League Chief with the stars of the show

Other key dates and features of the Westfield W-League 2012/13 season to watch out for include (all times indicated below are stated as local times):

TheWomensGame team will have full coverage of the Westfield W-League for Season Five including interviews, videos, photos and giveaways.