Notorious for their unpredictability, the Western Sydney Wanderers enter their fifth W League campaign with an air of maturity.

Notorious for their unpredictability, the Western Sydney Wanderers enter their fifth W League campaign with an air of maturity.

No longer the rookies of the competition, a productive off season points to somewhat of a coming of age for the Red & Black as they go in search of the consistency that has escaped them in seasons past.

For the Wanderers, season eight provided another mixed bag of performances. On the back of some exciting opening results, the team from Western Sydney enjoyed the view from a milestone top four position on the W League ladder for the first time in the clubs history.

Playing the role they have become infamous for within the competition, the Wanderers continued to roll the dice on their form; one week they would surprise, stealing the points from heavily favoured opposition and then the next look a shell of the team that had excited fans just 6 days prior. 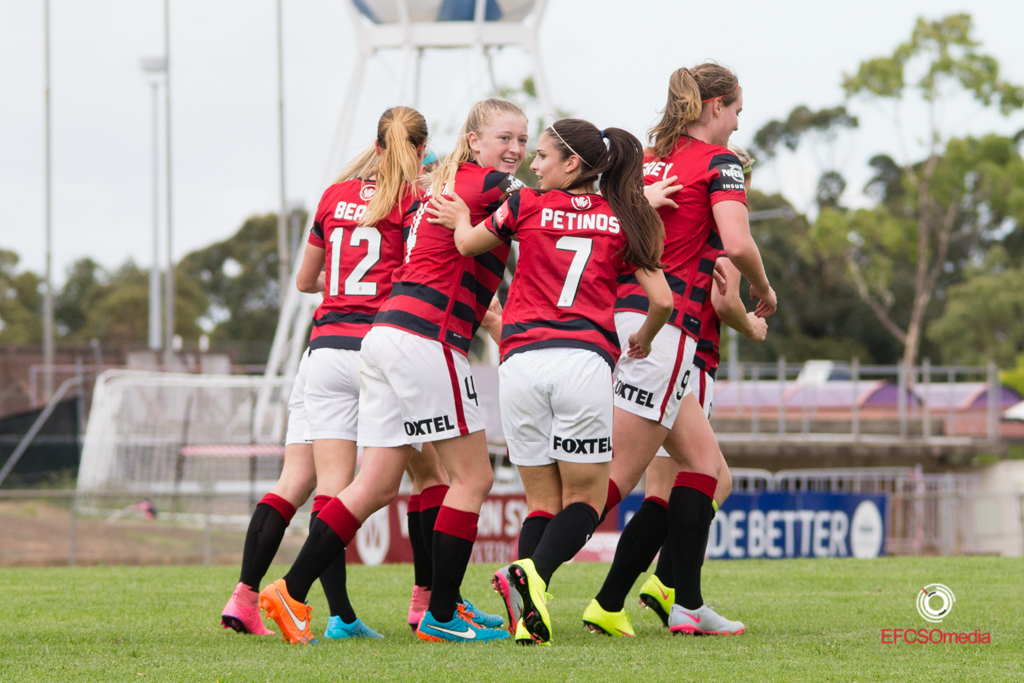 By round five it seemed as though the Wanderers had put themselves in good position to go on with their surging start but a host of dropped points, inconsistency and chances rued in the final third saw them struggle to put one good performance after the other.

As momentum turned, the Wanderers season became more and more a picture of ‘so close yet so far’ as they were ultimately forced out of the top four, finishing just four points from their first ever finals berth.

Having come so close last season the Wanderers have made some big changes to improve on season eight. The most notable being that neither Linda O’Neill nor Michelle Carney who had become Wanderers stalwarts will return. Joining them on the ‘Outs’ for the Red & Black are internationals Keelin Winters (retired), Carmelina Moscato (retired) and Kendall Johnson as well as mainstays Rachael Soutar, Hannah Beard and Demi Koulizakis.

On the ‘Ins’ list, the Wanderers have secured an international quartet that includes Kendall Fletcher (Seattle Reign), Katie Stengel (Washington Spirit), Paige Nielson (Seattle Reign) and Alex Arlitt (FC Kansas City) as well as current and former Matildas respectively; Casey Dumont and Joanne Burgess. The last piece in the puzzle of new faces comes in the form of new manager, Richard Byrne who will take the helm after gaining experience in the women’s game across England, New Zealand and Australia.

Byrne has been praised for instilling a new level of professionalism within the setup, taking time to understand the players individually as well as securing a home training base. Speaking of the positive pre-season and his new recruits, Byrne said “It’s a great vibe, the players are mixing well and there’s a good feeling about the place being at the new venue at the Western Sydney University. We have a home now so the platform is there for the players to improve and be the best they can be.”

In any account, to speak about the Wanderers is to speak of Western Sydney. The club prides itself on its connection to the people and the region and with 70% of the W League side made up of locals, Byrne’s goal for season nine is clear.

“We want to represent the club, the people of the area and the fans that come to watch. We want to represent them to the best of our ability, we want to make them proud.” He credits the high calibre amongst his side as the catalyst for consistency and aims to produce a positive, attacking style of play which, if maintained throughout the season, will take the club into their first finals series.

For Casey Dumont, her return from injury has started better than she could have expected, “Team atmosphere and bonding is ridiculously high, probably one of the best I’ve been a part of and the club is so professional I can’t fault them at all. The planning around the women’s team this season from the Wanderers has just been exceptional, everyone is treated equally, and everyone knows who everyone is.” 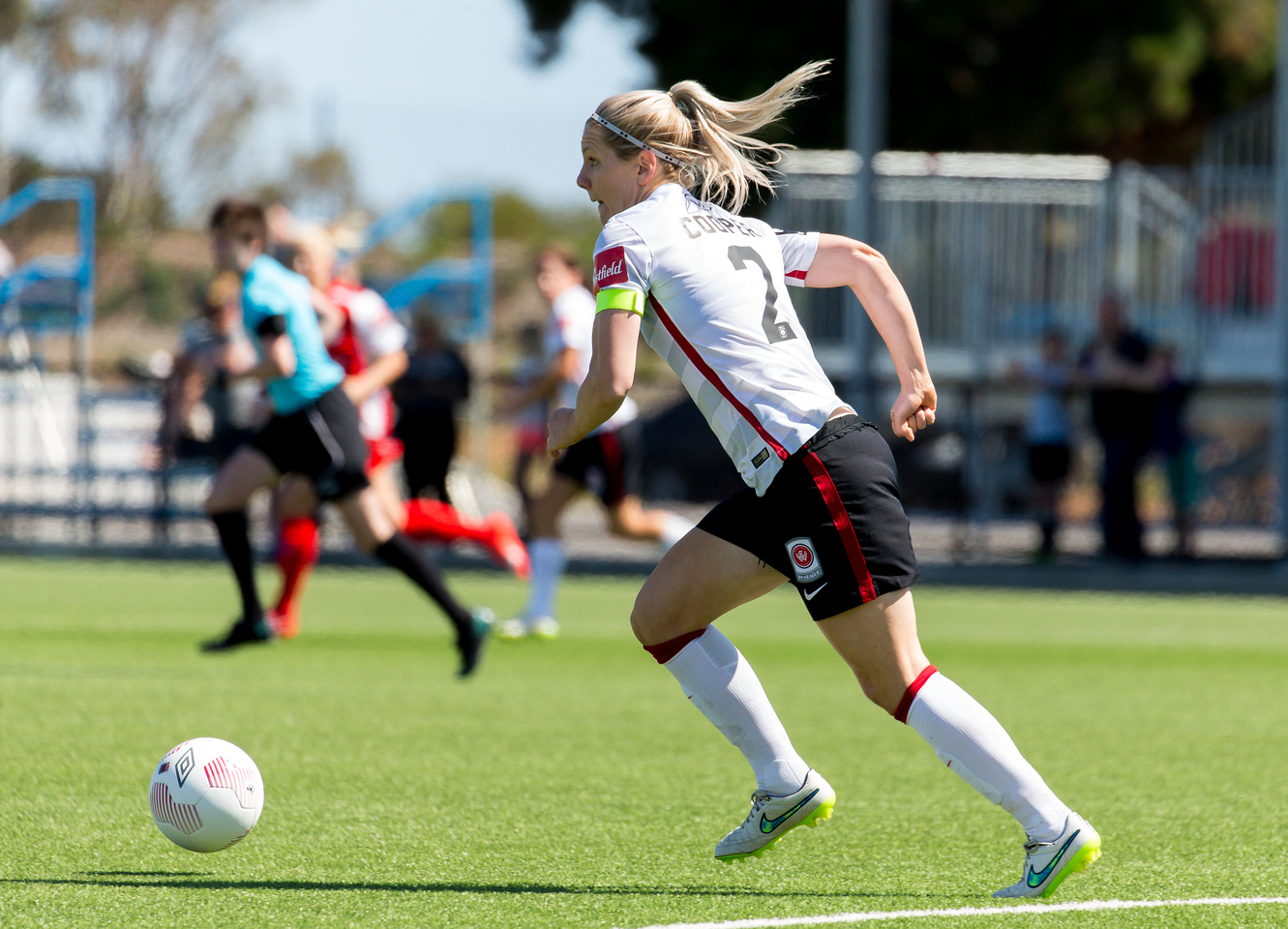 As far as Dumont is concerned, the professionalism is in great part thanks to one man in particular.

“Rich has been great. He has all the emotions you need in a coach, the passion, the authority but at the same time he is so approachable and has been a big part of the professionalism in the women’s team this year. He has every session, every game filmed – he is top level.”

As for the goal for the season, Dumont mimics the reoccurring theme.

“The biggest one is consistency. The Wanderers have always turned games but then haven’t been able to step up again the following week so we’ll focus game by game and make sure that every performance is as best as we can get. We want to support the fans, entertain them, show them what we’ve got!”

Based on the vibe building in the pre-season, the strength for the Wanderers in season nine could actually come off the field in the togetherness of the squad. While it’s important to bring in new, world-class talent and it’s positive to have retained home grown talent like Ellie Carpenter whose partnership with captain, Caitlin Cooper is paramount a team is only as good as its weakest player.

Confidence is key and in a successful team every single player, starting eleven or not, needs to feel valued, prepared and a part of the plan. Dumont points to the making of this when she says, “There’s no hierarchy, there’s not internationals and then domestic players it’s just us, we are all one team, all the same level, you are my teammate and I’m yours. We can’t play well unless everyone plays well and that has led to a new found confidence in the players.”

In the same grain, the challenge for the Wanderers is simple; gelling. It’s only natural that a team takes time to gel in the opening rounds of any season but with such a high turnover the Wanderers are at risk of taking longer to find their feet – even with the confidence they look to be growing within one another. Western Sydney will need to find their groove quickly because in a painfully short season there’s no such thing as fashionably late.

From the youngest player in the W League in her debut season to the youngest member of the Australian Olympic team in Rio – all in the same 12 months.

Carpenter needs no introduction to women’s football or Wanderers fans, at just 16 she has experienced some of the most decorated accomplishments a footballer could dream of and will look to continue to build on her breakout year this season. Look for her strong 1v1 skill, confidence on the ball, goal saving last minute challenges and clever runs forward.

A former Matilda representing Australia at both Asian and Women’s World Cups, Burgess brings the necessary level headedness and experience to an otherwise young team. Having been a part of the inaugural W League season, Burgess will look to assert herself in the Wanderers midfield bringing technique and leadership in the heart of the park.

With a dire need for a confident finisher, the Wanderers have done well in recruiting Stengel. The Red & Black will be hoping the top goal scorer at Bayern Munich in their undefeated premiership season and one of the key forwards for NWSL runners up, Washington spirit will be the answer to their goal scoring stutters. 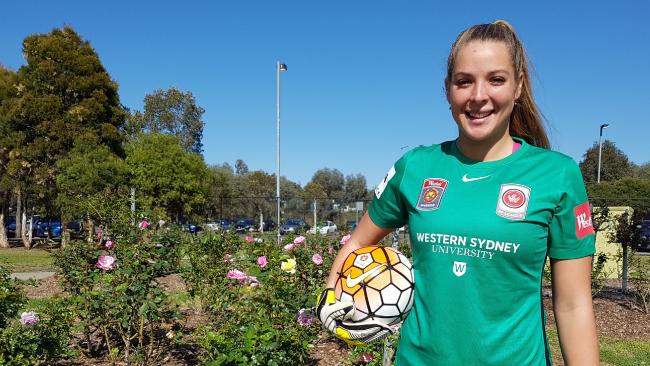 Make no mistake, Casey Dumont has a point to prove. In her first season at the Wanderers Dumont will look to assert herself as Australia’s primary goal keeping option, making her aspirations for her own personal accomplishments this season clear.

The key in her first full comeback season, where she will look to secure the number one spot whilst working closely with promising number two, Jada Whyman, is to stick to the basics.

“I want to keep my health and fitness up, stay injury free and perform consistently so my team can rely on me.”

With that kind of fire and motivation, Dumont is a force to be reckoned with and has thrown down the gauntlet for a memorable season.