Sydney FC had a stumbling 2015/16 season with some uncharacteristic losses and mixed results.

Sydney FC had a stumbling 2015/16 season with some uncharacteristic losses and mixed results.

Yet it seems that when the going gets tough, the Sky Blues get going.

Despite those foibles - an early Melbourne City pounding and the club’s first ever defeat at the hands of Western Sydney Wanderers – lo and behold Sydney FC stood up to the test and made it to the big dance.

Not without the usual semi-final controversy.

A single Kyah Simon goal led Sydney to a 1-0 win over favourites Canberra United in the semi-final. The goal was later deemed as erroneous officiating, leaving many in our nation’s capital fuming. 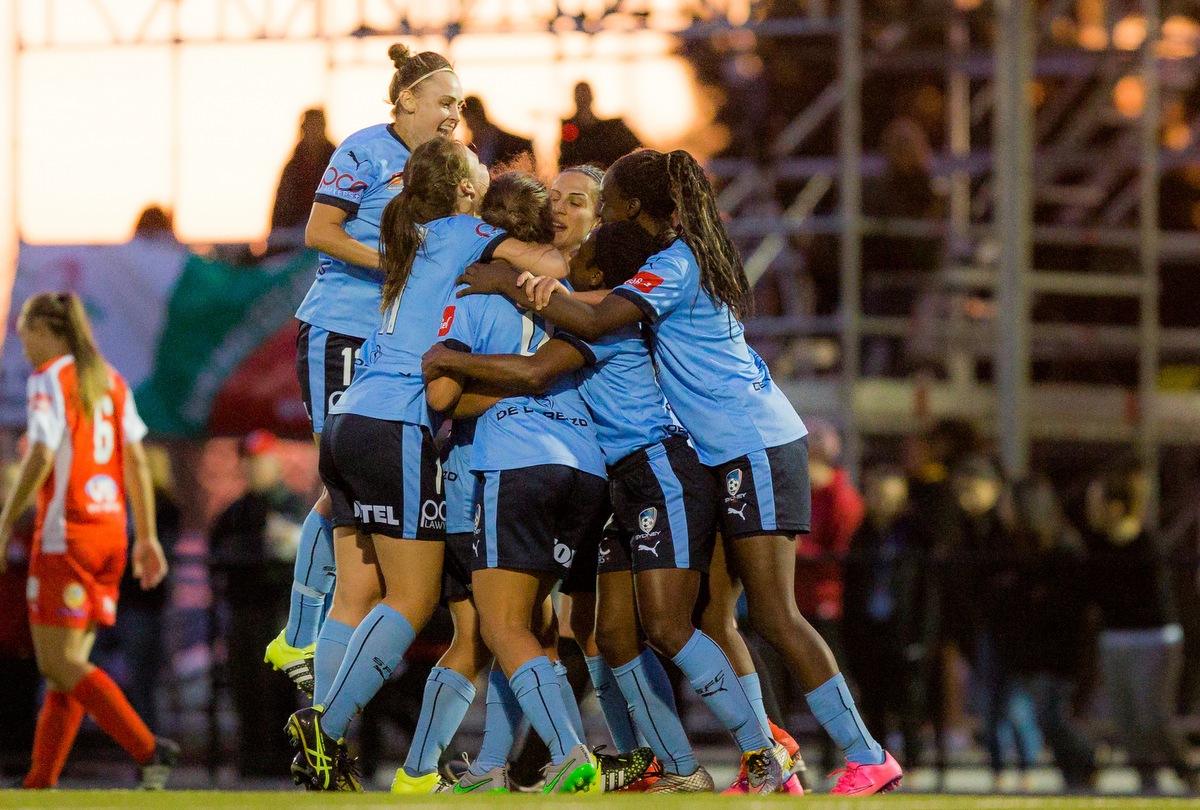 The outcome however seems moot when either side was essentially preparing to lose a grand final.

The undefeated season of goliath Melbourne City ended as one might expect with City punishing Sydney FC in a 4-1 championship loss at AAMI Park.

And yet Sydney remain a team who feel capable of anything on their day. Always a threat even when they shouldn’t be. Always full of surprises and excitement.

Sydney FC are a team who can absolutely outclass their competitors one week and then struggle against an out-of-form foe the week following.

For the first time in a long time, the Sky Blue side have seen a moderate upheaval in the squad with many familiar faces leaving.

The most damaging departure for Sydney FC is that of two time Sydney FC golden boot striker Jasmyne Spencer who has joined Canberra United.

Sydney FC hearts were quickly beating again however at the news that Matildas’ legend Caitlin Foord had reentered the fold.

Foord has been nothing short of a weapon of mass destruction since she entered the W-league scene as a young Sydney FC footballer. Foord’s re-signing to the club leaves Coach Dan Barrett with not a bad problem to solve – where to play her?

The answer in short: anywhere.

Foord can offer Sydney FC the pace up top that they will be missing without Spencer or she could easily slot into the defence to fortify the stronghold against those extra tough opponents.

Other notable outs for Sydney FC is wingback Teigen Allen who was poached by Melbourne City, and the movement of goalkeeper Casey Dumont to crosstown rivals Western Sydney Wanderers.

The retirement of old head central defender Renee Rollason will leave its mark. Rollason has been a key part of the Sydney FC landscape since she joined the side from the now-defunct Central Coast Mariners in the 2nd season of the W-league. Her smart organisation of the defensive backline and dead ball expertise made her a consistent strength. 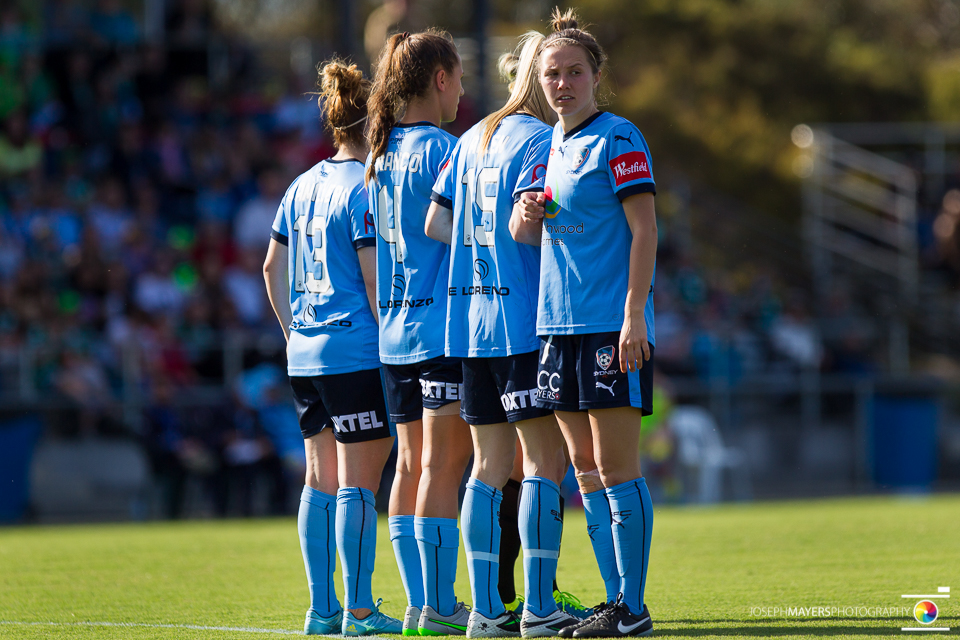 Not all is sad news for Sydney however with captain Teresa Polias, midfielder Nicola Bolger and the esteemed Matildas Kyah Simon and Alanna Kennedy all back in the sky blue jersey.

This season will also see the return of Servet Uzunlar who took a break last year but has been a W-league stalwart since its inception, she will bring experience and her dynamic energy to the field.

Sydney FC have boasted the most stable coaching arrangements of all W-league teams after the departure of Alen Stajcic two seasons ago opened the door for second in command, Dan Barrett.

Barrett remains with the club starting his 3rd season and he has certainly demonstrated his ability to organise and rally the troops. Barrett sets high expectations for Sydney FC and has maintained the competitive ethos.

The Sky Blues, as always, have the makings of a side who can win the Championship but it is the ability to uphold strong results all season to secure a Premiership that eludes them.

The big question for Sydney FC this season: can they improve their regular season performance consistency and avoid a last minute ‘scrape’ into the top 4?

Sydney FC’s strength is their balance and depth across the pitch. In 2016 the long-serving ‘youngsters’ are now seasoned W-league players who have demonstrated that they can put in the hard yards, match the physicality of senior players, win and keep the ball.

Few teams have the depth of W-League and international experience of Princess Ibini, Liz Ralston, Olivia Price and Natalie Tobin have as they now enter the dawn of their careers.  Beyond the headline acts, it provides Barrett with greater flexibility in Season 9.

A major challenge for Sydney FC is plugging the gap left by the departure of NWSL Goalkeeper of the Year, Michelle Betos.  Replacing an influential goalkeeper is not an easy task. This is a significant risk to Sydney as it is so often the footballer between the sticks that is the difference between a win and a loss.

Experienced and reliable, Sham Khamis is a solid choice with her trustworthy shot blocking capabilities but the sweeping foresight of Betos was a lifesaver for Sydney FC last season. It will be critical for the Sydney FC back four to work cohesively with Khamis to avoid any unnecessary exposure in behind the line. 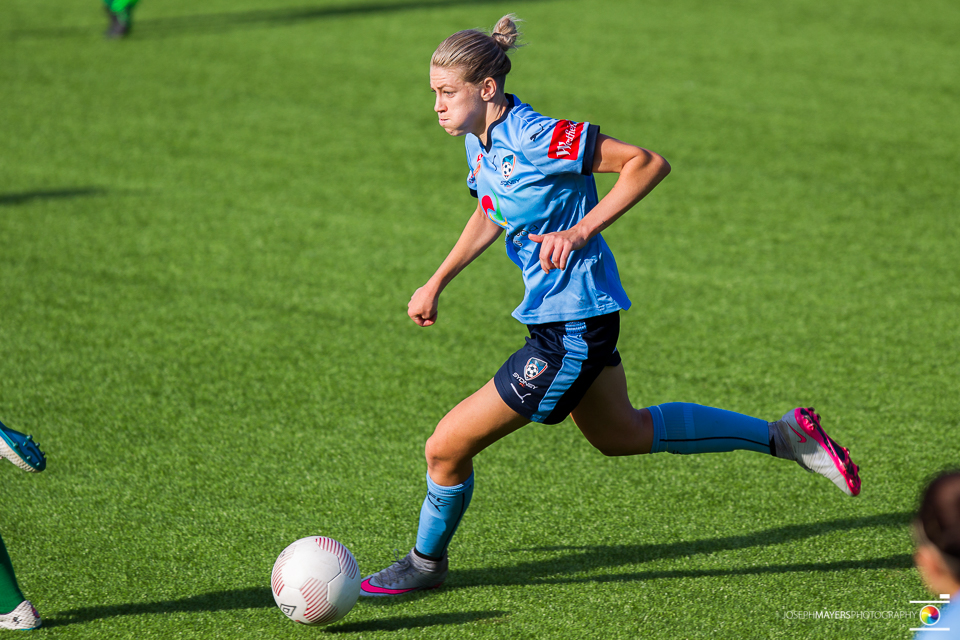 Kennedy has become one of Australia’s most respected defensive footballer’s putting in performance after performance in 2015 and 2016. She finished a solid Rio Olympic campaign to then go on and win a NSWL Championship with Western New York Flash. Every team in the W-league would like to have Alanna Kennedy sitting in that central defensive pocket winning every ball whether it is on the ground or in the air.

Yeoman-Dale was a major coup for Sydney FC in the off-season after they snatched the talented pacy winger from Newcastle Jets. GYD has acceleration to burn and the engine to fly up and down the wing allowing her to stretch the field and provide Sydney with improved use of the width of the field.

Khamis has been the Sydney FC no. 9 since the W-League kicked off and her unwavering dedication to the club, the fans, the league and the Sky Blue jersey is unmatched. After some injury troubles Khamis has come back into her prime and offers Sydney FC attacking smarts. She can run into space or sit up and hold the ball. Khamis can adapt to positional changes to support the front four or play high and score goals with her sharp finish.