Season 2015/16 was yet another step forward for the Newcastle Jets.

Season 2015/16 was yet another step forward for the Newcastle Jets.

Led by a new coach in Craig Deans the Jets went into the season with a strong squad that more than held its own against the bigger sides, finishing within a win of a finals place and will be looking to take that next step this season.

For Newcastle, defence was the key component with a powerful, rock solid backline led by New Zealand international Hannah Bromley whose combination centrally with the emerging Megan Oyster of Washington proved tough to crack throughout the campaign. 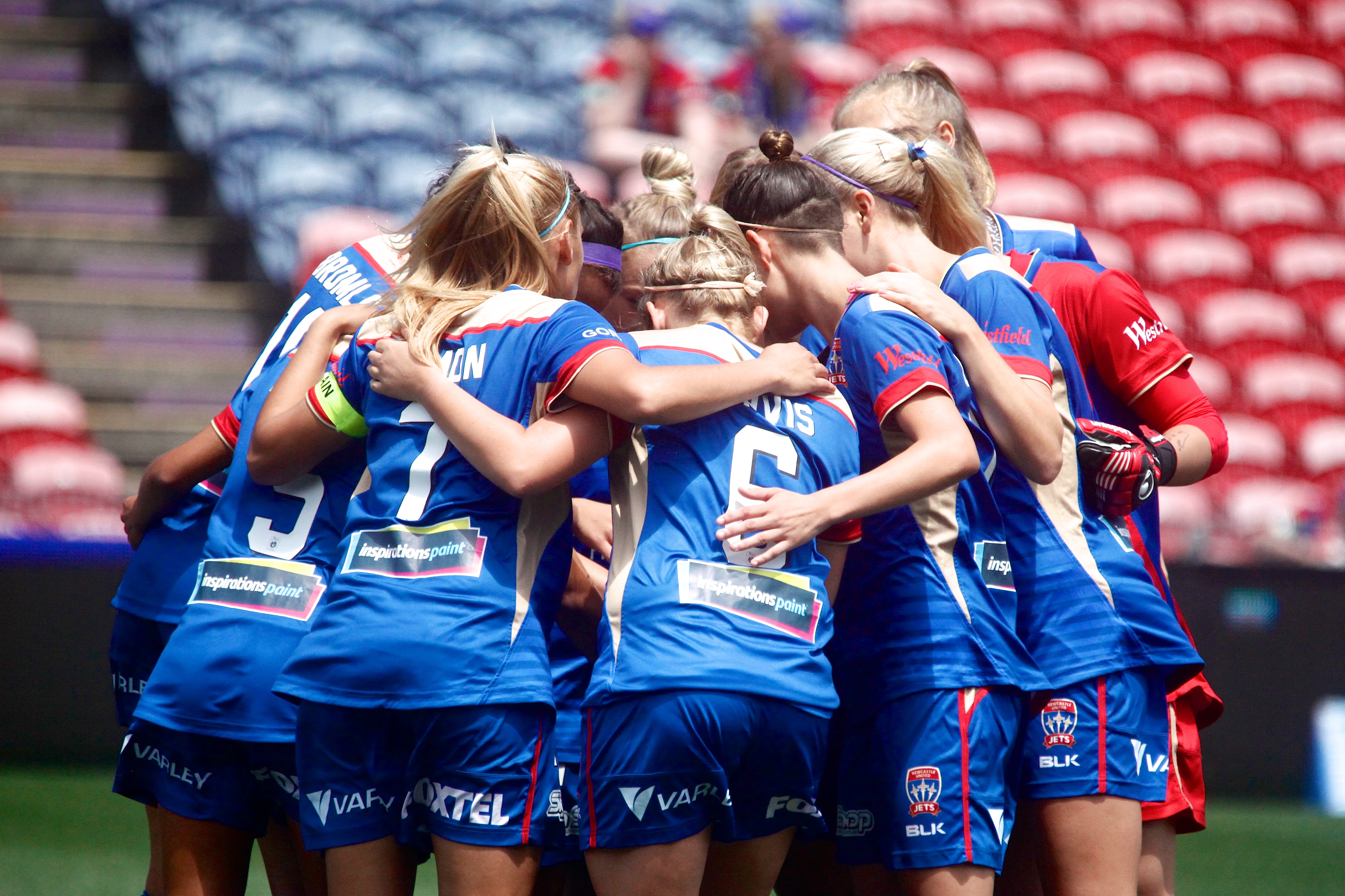 This was highlighted in their meeting with Melbourne City at Hunter Stadium, where the Jets produced arguably the best defensive performance of the season against a side boasting 516 international caps who swept all before them, consistently scoring goals with ease but could only put one past the Jets.

This Season the Jets will again have a strong defence, yes they’ve lost Hannah Bromley (retired), Georgia Yeoman-Dale (Sydney FC) and goal keeper Hannah Southwell (Rugby Union) but they have the potential to be just as formidable.

Megan Oyster returns following a strong season for the Washington Spirit on the back of taking out the Jets player of the year award last season.

In goal, and continuing the strong relationship between the Newcastle Jets and Washington Spirit, will be Kesley Wys.  Wys is also in good form after getting her opportunity to deputise and then hold on to the starting ‘keepers position following the return of Canadian international Stephanie Labbé.

The midfield for the Jets was steered by the fleet footed Caprice Dydasco who will be missed due to an ACL injury, though the Jets have managed to find a for like replacement in Arin Gilliland from the Chicago Red Stars.

Usually a defender, Gilliland is expected to be deployed as a holding midfielder alongside Cassidy Davis.

Where Newcastle did struggle, and what proved the biggest stumbling block was scoring goals. Despite having the 3rd best defence in the league, the Jets were last on the goal scoring list with no one really stepping up and taking the role of being the match winner.

Coach Craig Deans has looked abroad to address this by signing Jenifer Hoy, a proven goal scorer to give them that bit of extra quality in front of goal.

The players around her will also need to step up. Jenna Kingsley, gifted with pace but at times last season just lacked that final finishing touch in front of goal whilst Rhali Dobson will be back to her best after a strong season with Adamstown Rosebud.

The Newcastle Jets were strong in defence last season and it should be the expectation this season as well.  Goalkeeper Kelsey Wys, the returning Megan Oyster, captain Gema Simon, new import Arin Gilliland and Young Matildas defender Sophie Nenadovic make for an experienced, mobile and quick defensive unit.

The biggest challenge for the Jets will be taking that next step and playing finals football, a task that has eluded them for the past seven years.

They have stepped up regarding their international recruitment however, so has everybody else in response to the champions Melbourne City.

The Jets have a challenging front four on paper with Hoy, Kingsley, Dobson, and Logarzo bringing a combination of pace and movement who, assisted with overlapping runs from Simon and Nenadovic have what it takes it shake up the competition.

There will be a bit of a wait until these four can combine as Chloe Logarzo will miss the first few weeks of the season due to commitments with her Swedish club in the Champions League.

It will be perhaps up to the fringe starting players and new recruits from the NPL competition to step in to fill the void.

The Jets captain and most experienced players is back and feeling stronger than ever before following a tough off season playing with Suwon in the KW-League.

Big, intense training loads and a 28 game season has left Simon is good shape and from which will hold her in good stead for what would be Newcastle’s biggest season yet. 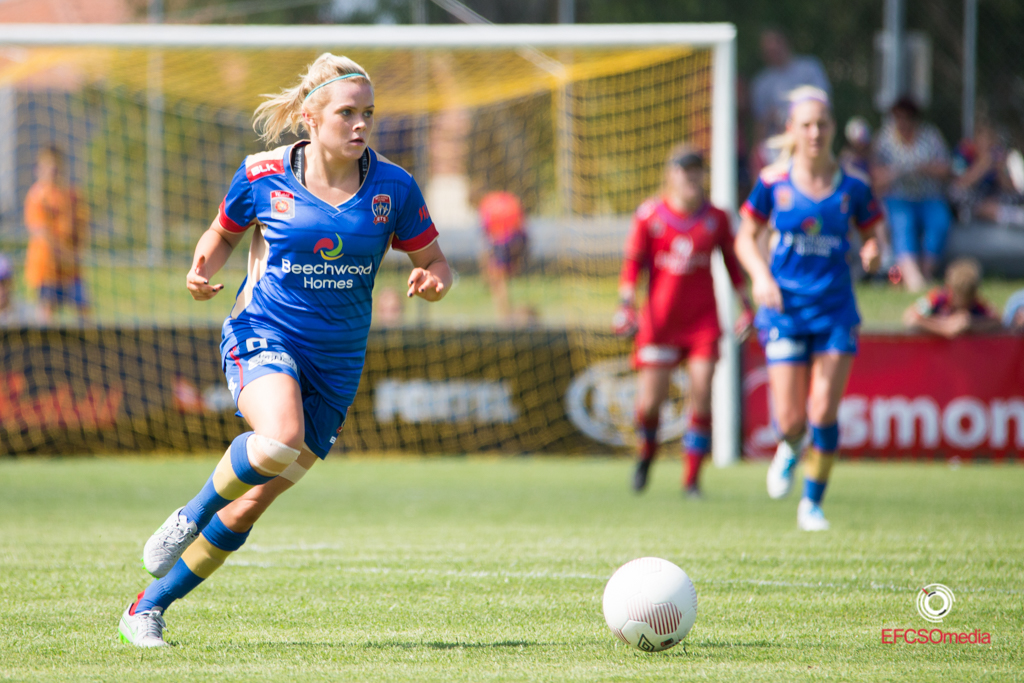 After playing several different positions for the Jets, in Season 8 Davis found her footing and place as the screening defensive midfielder.

A physical player, Davis was fulcrum for the Jets that allowed for the Dydasco and Logarzo combination to fire the Jets midfield.  This season her screening work for a new look defence will continue to prove important.

While the Jets were often in control of matches last season, the lack of cutting edge in the front third ended up costing the Hunter side.

Hoy is Craig Deans’ attempt to address that due to the Red Stars striker’s proven goal scoring record.  The compact striker is set to fit in well with the Jets’ current pace attack that includes Dobson and Kingsley.  If she can add clinical finishing then the Jets have a chance to return to the finals for the first time since 2008.