To say last season was a tough one for Melbourne Victory would be an understatement.

To say last season was a tough one for Melbourne Victory would be an understatement. The late switch over of management to the club’s A-League division, plus arrival Melbourne City’s arrival, set Victory off on shaky note.

Their side was young with many of the players entering the W-League for their first season. It was a rough initiation into the league.

This was quickly followed by Matildas alumni Selin Kuralay exiting the team with an ACL injury in Round 1, with returning midfielder Gulcan Koca also kept off field with injury.

Despite finishing last on the ladder, the season did not go without positives. This namely took the form of younger players stepping up to the plate - including the likes of Annabel Martin (check out One To Watch below) and Melinda J Barbieri. 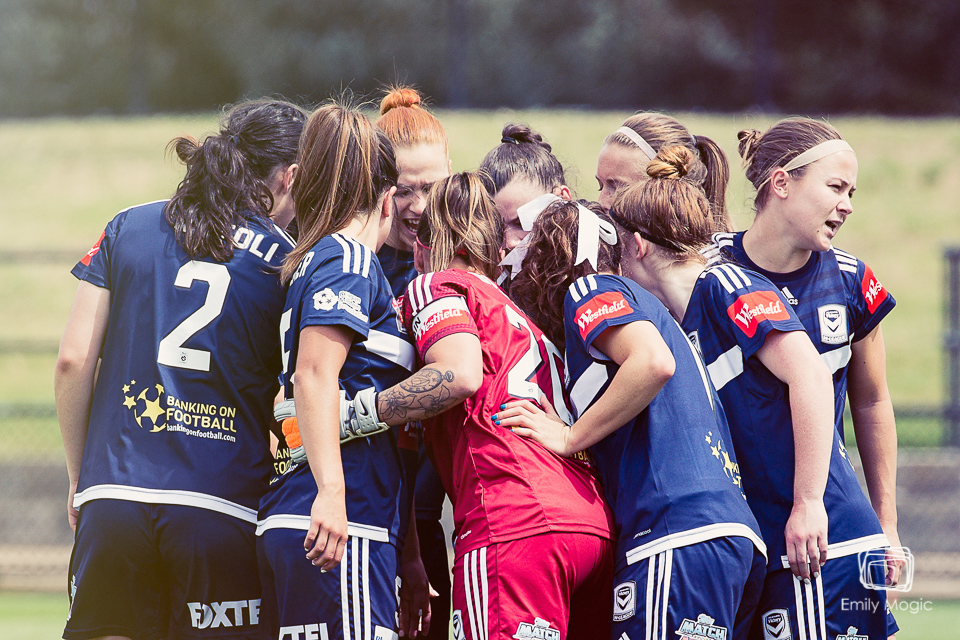 The latter half of the season saw some improvements, securing them two wins. Natasha Dowie’s arrival was integral in this as she took initiative on the attack, removing some of the pressure from team leaders Christine Nairn and Melissa Barbieri.

In their second season under A-League management, the club have put together a squad packed with local talent from the Victorian Premier League as well as a host of internationals.

Victory regular Gulcan Koca will bring Calder United team mate, and former Adelaide United player, Rachel Alonso with her. Alonso demonstrated her leadership skills and scoring abilities as co-captain at Calder. Alongside Geelong Galaxy’s Laura Spiranovic, she will give depth to the forward line.

Bulleen FC’s Caitlin Friend will return after a season off. Her teammate Lia Privitelli will accompany her, adding to a reliable group of midfielders. Alex Cheal, captain to South Melbourne’s State League One side, will make her W-League debut this season.

A notable loss will be Hayley Raso who, after completing a strong season in the US with the Portland Thorns, is returning to her W-League roots in Canberra. Last season’s captain and goalkeeper Melissa Barbieri and former Matilda Thea Slatyer will also be absent.

Assistant coach Kat Smith will be back for her fourth season at Victory. Head coach Dave Edmondson has checked out, heading up a position at the London Bees. In his place will be Jeff Hopkins. Hopkins has previously spent four seasons as head coach at Brisbane Roar, leading them to a double in the inaugural 2008 season and a championship win in 2011.

Last season saw talk of development and the long term plan. The big question for the team is will there be improvement?

The international players may be the element that make or break this Victory side. Whilst there is local talent in abundance, the experience and much-needed structure is going to come from Victory’s imports. Nairn, Dowie and Henninger all have valuable skill sets, as well as the communication skills essential for driving a team.

In the absence of veteran defender Thea Slatyer, the backline will be especially sparse, something that could be easily exploited by oppositions. NWSL newcomers Samantha Johnson and Bianca Henninger will be necessary in organising a strong defence.

In a similar vein to last season, one of the greatest challenges facing Victory will be a lack of experience in a young squad. However, to their advantage, most will already know what to expect with the likes of Melinda J Barbieri, Annabel Martin and the Taranto twins entering their second season at Victory.

Additionally, the amount of newcomers is relatively low in comparison to last season, meaning they will have an already established core to build upon. Whilst the talent is apparent, it will be crucial for coach Jeff Hopkins to balance both the younger and the more experienced players into cohesion.

Henninger joins from Houston Dash, where she deputised for Matilda Lydia Williams with 5 clean sheets from 9 starts this season.

The experienced shot stopper has played for the USA’s junior national teams, and was more recently named on Mexico’s senior roster. Henninger will marshal the backline, and provide a sense of security and structure for the young defenders that sit in front of her. Her athleticism and agility will prove critical this season, as Victory look to continue to rebuild and improve on last season’s results. 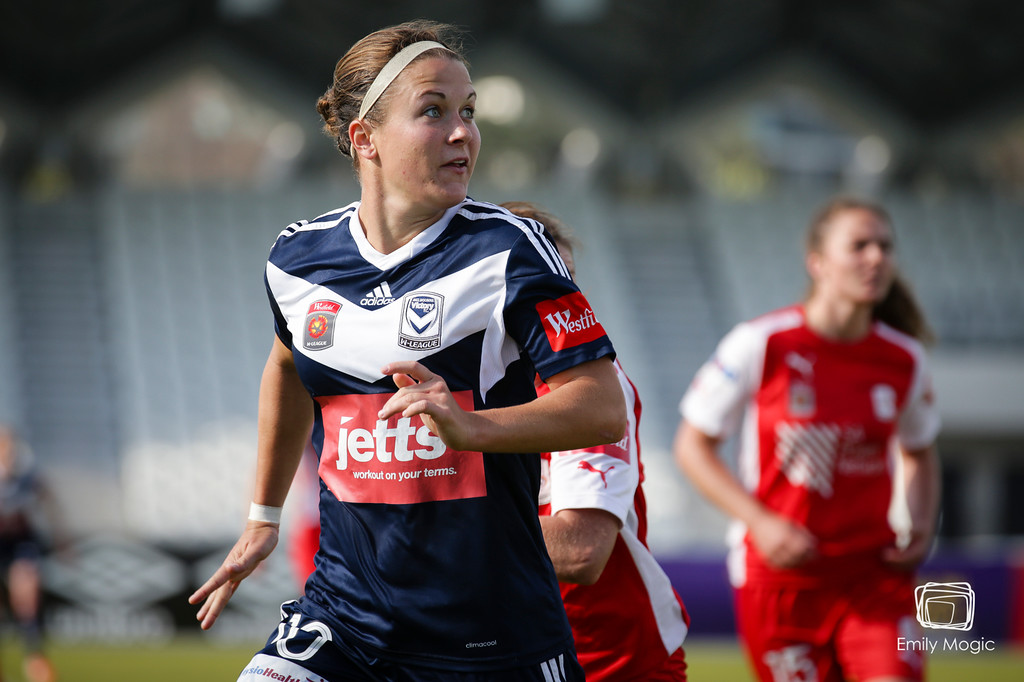 Victory will look to Washington Spirit’s 2016 MVP Nairn to anchor the midfield for a third consecutive season.  Nairn adds a wealth of experience to the squad, bringing superior vision and distribution. Victory will look to capitalise on her link-up play with the strikers, which could prove the difference. The classy midfielder will again bear the bulk of the responsibility in the middle of the park this.

To allow Nairn to be the creative force, Victory will need a stable holding midfield anchor.  That is where Norrie comes in.  A Brisbane product, Norrie has a number of W-League seasons under her belt and is a more than capable stopper and distributor.  Ideally, the former Young Matilda will form a solid partnership with Nairn that ensures there are few holes in the Victory midfield.

After a successful guest stint at the end of Season 8, Dowie returns to headline the Victory attack.

A clinical finisher, she works tirelessly to create chances for her team. A guest spot during the recent NWSL season saw an impressive return of 3 goals in 7 matches for the Boston Breakers. Dowie will look to continue that form in Melbourne, whilst adding experience and leadership to this relatively young Victory squad.

The Young Matilda and Victory Medallist has produced a number of standout performances as a fullback. Forming as part of the leadership group for Geelong Galaxy in the Victorian NPL this year, she has shown maturity beyond her years. Martin is a capable defender who reads the play well. Moreover, her ability to accelerate quickly and contribute to the attack has added a new dimension to her game.

Martin’s second season at Victory - and in the league - provides her with the perfect platform to continue her rise. Look for consistently strong defensive displays throughout the season.