Season 8 saw the Reds’ best finish to date – a fifth place spot and a narrowly missed finals berth. Adelaide United inched closer to their new standard yet again and again showed glimpses of what the next generation of South Australian footballers are capable of – a worthy opponent and finals threat.

In the end, despite the continual upward trajectory, it was close but not close enough, with one win preventing the club’s first, and highly sought after, finals appearance.

Being close summed up Adelaide’s Season 8, with five of their losses involving a one or two goal margin – it turned out to be a vital difference.

It also reflected the Reds’ ongoing need to find an attacking edge to finish tight games, games where they at times dominated the possession and chances.  Having a stronger forward presence could have made the difference between an early season finish and a finals place.

All of that means that there are heightened expectations for the United side, especially considering the early days when the Reds’ once went 34 games without a win.  With significant squad turnover, coach Jamie Harnwell established a greater work ethic among the team and implemented solid team structures.  The style of football Harnwell fostered at the club showed in an improved goal count for the team.

Two years ago in The Women’s Game’s Season 7 Guide, the tone for Adelaide United was about ‘respect’. This season it is about revival.

With a new coach, new Adelaide United A-League partnership and new international, national and home-grown talent, the question is whether all these changes can produce a continued revival in the Lady Reds for Season 9.

Adelaide United this year announced their partnership with the W-League team. The defending A-League champions have replaced Football Federation South Australia in funding and managing the W-League team’s participation this season, which supporters hope will result in a further boost in the team’s profile in the competition.

Hussein “Huss” Skenderovic has been confirmed for the 2016/17 season following the departure of Jamie Harnwell and, most recently, Mark Jones.

Skenderovic arrives at Adelaide with a long list of recommendations and experience in different roles worldwide.  He enters the season with a clean slate and an entirely new group of players.

“Yes, it’s a new chapter for the club,” said Skenderovic.

“It’s important that we energise the squad with a new fresh look. We have a combination of foreign experience, mature stability and the new generation of Adelaide youth.”

In addition to the returning players, United celebrate the arrival of South Australian prodigy and Young Matildas vice-captain Alex Chidiac, an influx of local Premier League talent and a string of internationals. Chidiac embarks on her first season playing for the Lady Reds after being scouted as a train-on at the age of 14 and leads the youth brigade alongside fellow Young Matildas Emily Condon and Grace Abbey.

Skenderovic has also rewarded local players with their first opportunity in the W-League with the likes of Dragana Kljajic, Kelsey Zafiridis and Stella Rigon gaining a look at the national competition. How they adapt to the step up in level will be key to the strength and depth at Skenderovic’s disposal.

“Our vision to promote the game locally means that we must entrust the local women footballers to step into a new opportunity and belief that they can compete confidently and be competitive in the W-League.”

“The transition does take time but it must start somewhere. We will instil the confidence to our local players and bind the experienced foreign internationals to create the learning process in transition.”

It will mean that Brazilian defender Monica Hickmann Alves and Chicago Red Stars trio Danielle Colaprico, Katie Naughton and Sofia Huerta may carry some of the early burden.

“The internationals are very professional and they have begun to integrate very positively. They are all leaders and will be given leadership roles to set the high standards in character, technical, tactical, & the physical attributes that Adelaide United require.” 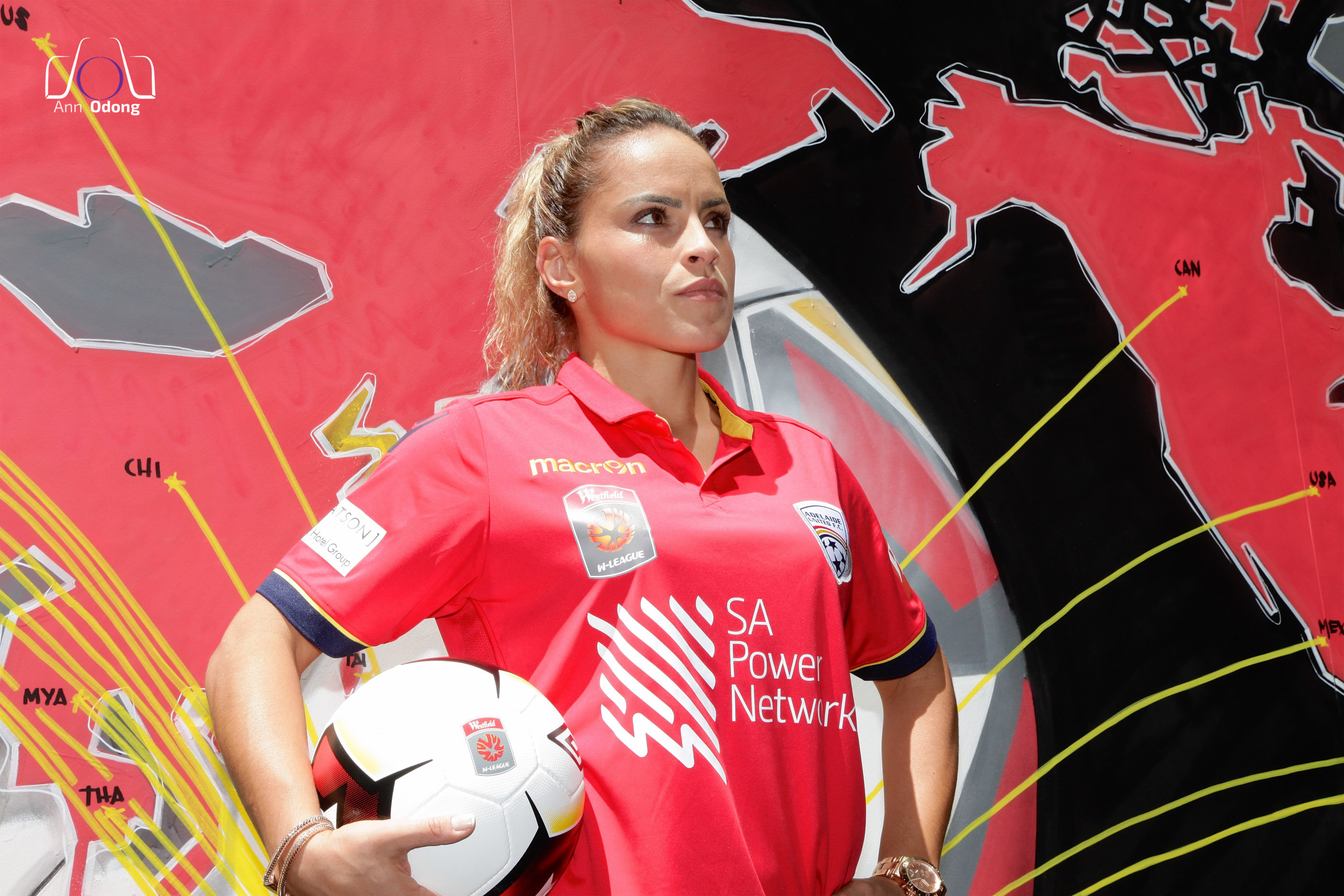 As to style of play, like many coaches Skenderovic is looking to employ a style that best suits the players at his disposal. The past five seasons have seen Adelaide develop from a unstructured side to a highly structured and defensively sound unit with limited attacking options to last season a more open and attacking threat.

“Football is a game we love, so it must be enjoyable. And it’s enjoyable by entertaining ourselves and the fans.”

“That means scoring as many goals as possible and creating goal scoring opportunities. We will try and endeavour to be effective with ball as much as possible.”

“Our ambition and key will be to continue to implement a clear vision and new dynamic style of play that will see the Lady Reds to be very competitive and make the finals.”

Season 9 poses potentially the most promising line-up regarding attacking force.  In this key area Adelaide have bolstered their stocks with the return of Racheal Quigley and signing of Sofia Huerta.  Quigley comes off the back of a strong Korean league where the Reds’ all-time leading goal scorer took out the 2016 Golden Boot winner in the Korean W-K League.  Meanwhile, Huerta is a proven goal scorer at college level, in the NWSL and also internationally with the Mexican U20 and senior national teams.

The inevitable challenge will be forging a bond within a team so close to the season’s start. Stability will be the Reds’ first major challenge, considering the club’s five coaches and six captains in their eight-year history.

Among the confirmed squad, only a handful - Grace Abbey, Emily Condon, Claudia Jenkins and Sarah Willacy - are returning players from Season 8. The level of experience varies dramatically between the likes of Brazilian World Cup and Olympics player Monica and the swarm of entering state league players. The variance in experience brings into question the ability to produce consistent performances over the course of 90 minutes and ultimately the season.

On loan from Orlando Pride, Monica will add strength and stability to the United backline.

Strong in the air and good with the ball at her feet, Monica will need to be the anchor of a newly fashioned Adelaide defence Monica has experience playing at the top level, as she represented her country at both the 2015 Women’s World Cup in Canada, and the Rio 2016 Olympics, where Brazil finished fourth. The 29 year old has 25 appearances for her country, and has also played club football in Austria.

Chidiac has made 13 appearances for the Australian U20 side as well as one senior match for the Matildas in 2015.  In 2013 Chidiac was the youngest player to receive the South Australian Premier League Player of the Year award, after scoring an impressive 33 goals.  In 2016 she once again picked up the State League Player of the Year.  While she won’t carry all the midfield responsibility, the 17 year old is well balanced on the ball with strong technical skills and good passing ability that should complement her midfield partners.

Quigley returns to Adelaide this season after a successful stint with South Korean team Hwacheon KSPO. After scoring the game winning goal in her opening appearance, ‘Quigs’ finished up with 12 goals from 21 appearances.  Since last wearing the Red jersey, Quigley has become a more complete striker.  Importantly for Adelaide, she has also developed the knack for scoring on a more consistent basis.

A fresh face to the W-league, Scalzi has captained Adelaide City in the SA Premier League the past two seasons.

The defender is well known for her speed and agility as well as her leadership qualities. Related to former Matildas’ and Adelaide striker, Sandra Scalzi, she has been a standout in the local competition and Skenderovic will be hoping she can make an impact in her first season.