Last season Sydney FC were early forerunners to take out the competition after a dominant start.

Last season Sydney FC were early forerunners to take out the competition after a dominant start.

Disappointing back-to-back losses cost Sydney FC the Premiership, and to add injury to insult, they were then knocked out of the Championship race by a crushing 5-1 loss to Perth Glory.

Sydney FC have been quick to put this late season slump behind them. Replacing head coach Dan Barrett is former FFA Technical Director Ante Juric. Juric is a well-known name in women's football in Australia and his expertise is undoubtedly an advantage for Sydney FC.

Juric has already made clear Sydney's intention and ambition to capture all the W-league silverware in season 10, and this may well be a possibility as Sydney FC shape up with an impressive squad. They boast a wealth of experienced players across multiple key field positions and also possess strong bench depth.

Rejoining the squad are Sky Blue royalty, striker Leena Khamis and midfielder Teresa Polias, the latter of which will don the captain's armband once again. 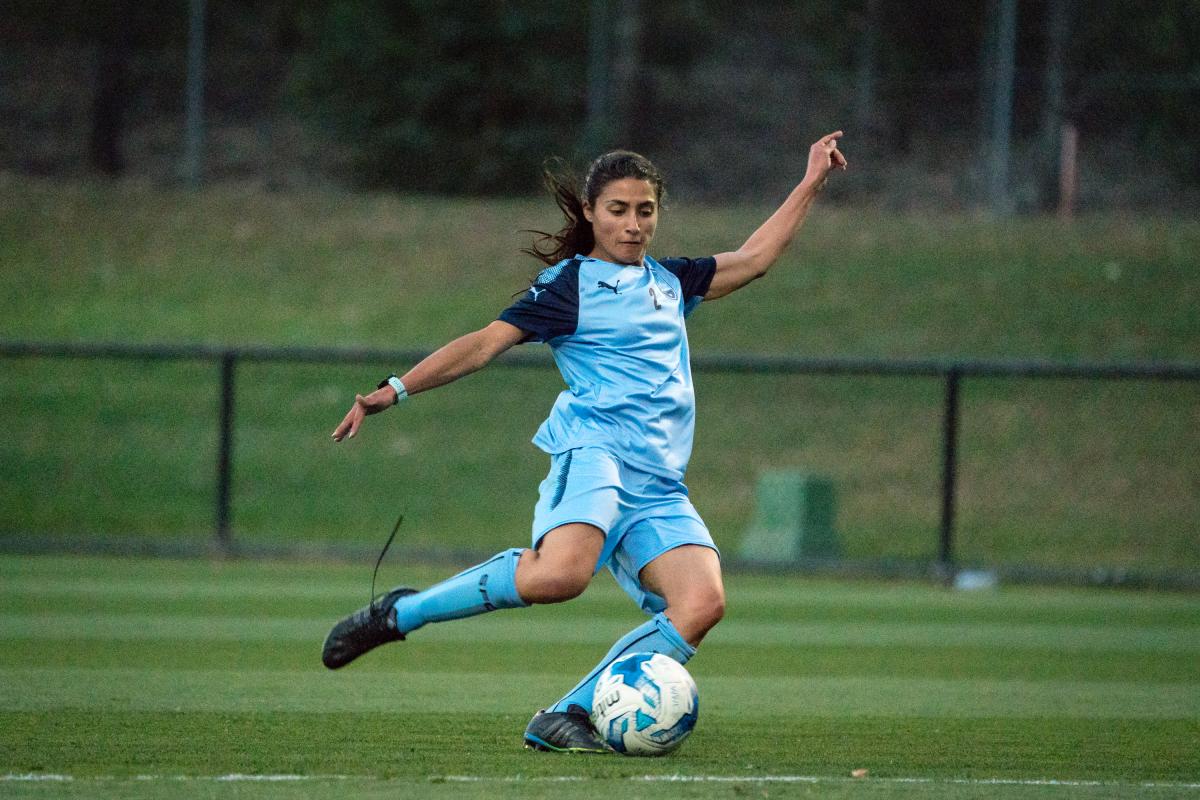 More familiar faces with goalkeeper Sham Khamis, Lizzie Ralston, Amy Harrison, Georgia Yeoman-Dale, Princess Ibini and Remy Siemsen are all returning in sky blue. These were all solid performers in 2016/17 and are in good form.

A surprise returnee is former retired Sydney FC stalwart Kylie Ledbrook who is well-respected for her attacking prowess and goal scoring ability from a central attacking midfield position. An Asian Cup champion, Ledbrook fills void that was left by Nicole Bolger who departed for Perth Glory.

Defensively the Sky Blues have raided their cross city rivals the Western Sydney Wanderers with centre backs Caitlin Cooper and Angelique Hristodoulou and full back Rachael Soutar all making the switch to the sky blue side of town.

Adding to their defensive stocks of Ralston and Yeoman-Dale is the return of Teigen Allen and the signing of Portland Thorns centre back Emily Sonnett.

A former member of the US Women’s National Team, Sonnett was a significant part of the Thorns’ championship winning run in the NWSL. Her potential partnership with Caitlin Cooper or Liz Ralston provides a stable foundation for the sky blues. That stability is complimented by the attacking nature of potential full backs Yeoman-Dale, Allen and Soutar to give Sydney a new but promising defensive look.

“It will be interesting to see what we can do in that regard. Ante is working with us on the transition and they provide a good foundation for that style of football.”

There are a few high profile losses for Sydney however, with both Kyah Simon and Alanna Kennedy defecting to Melbourne City while midfielder Nicola Bolger heads to Perth Glory.

Sydney FC have responded to these key losses by recruiting an array of Matildas, including Australian superstar striker Lisa De Vanna and Chloe Logarzo and with the anticipated return of Caitlin Foord from Japan midway through the season. Each of these players on their own is a major achievement for Sydney FC, let alone signing all of them at once.

The return of Logarzo is a key move for Sydney as the midfielder returns after several seasons with the Newcastle Jets. Moving to the Jets to mature and hone her game, Logarzo returns as an important attacking midfielder for the Sky Blues. Alongside Ledbrook and Polias, it makes for an exciting engine room for Sydney.

“We are going to be very attacking minded,” Ledbrook continued.

“With De Vanna, Chloe Logarzo, Leena Khamis, Amy Harrison Our attacking third is definitely going to be the key for Sydney FC this year.”

Sydney FC are a team with an immaculate football pedigree. They remain the only club to have booked a spot in every finals series since the league commenced 10 years ago. They never fail to recruit well-known names and capped Matildas to challenge the competition. And yet, they have not won a championship since 2013/14 and are well overdue to get their hands on the trophy again. 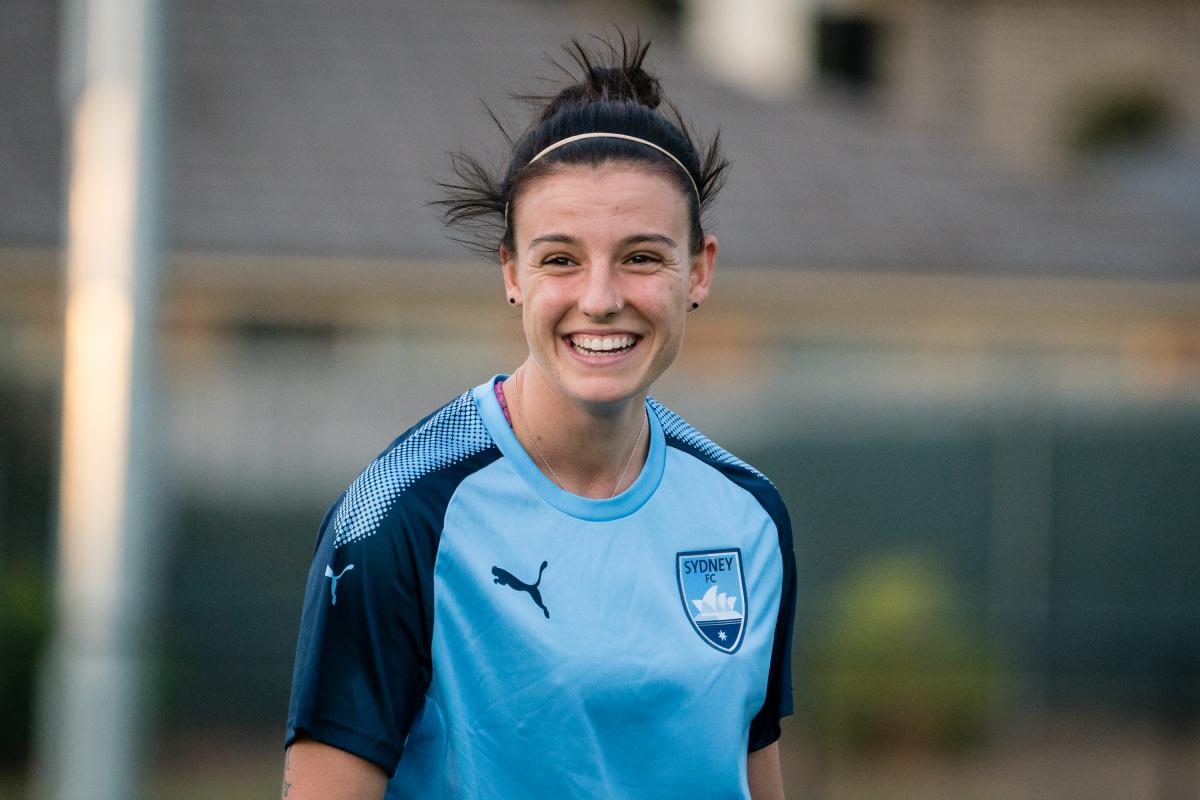 New Head Coach Ante Juric brings a fresh perspective for a Sydney FC side that is known to dissolve into inconsistency towards the end of the season. Juric has prior experience working with Sydney FC's W-league side as an assistant coach to Alen Stajcic in the opening seasons of the competition.

Juric is also joined by leader Teresa Polias who will continue to boss the midfield and captain the Sky Blue charge in 2017/18. The experienced creative pairing of Polias and Ledbrook in the centre of the park will have Sydney FC fans smiling.

Strengths for Sydney FC are also notably in their pace across the flanks with Logarzo and De Vanna known for their ruthless hustle. If De Vanna and Logarzo can pair well with Harrison, Siemsen and Ledbrook then anything will be possible for Sydney.

The challenges for Sydney FC are few and far between. With a fast and ruthless attack and a sensible backbone with a heap of experience there is little that can go wrong. Goalkeeper Sham Khamis has proven herself as a reliable shot-stopper and has improved her aerial game. Khamis was also voted NSW Women's Premier League Goalkeeper of the Year after a big season in goals for Macarthur Rams.

The comparative shift of players may present as a challenge for Sydney FC with a lot of new faces to adopt into the sky blue system. The loss of Kyah Simon and Nicola Bolger stings as the two would usually sit centrally in the high midfield and distribute balls to Leena Khamis and Siemsen.

Despite some excellent recruitment it remains to be seen if the new look Sydney FC will gel and work collaboratively to continue the proactive football Sydney are known for. Consistency has been an issue in the recent past, and it will be very important for Sydney FC to improve their week-to-week performance and maintain their momentum and energy across the whole season. 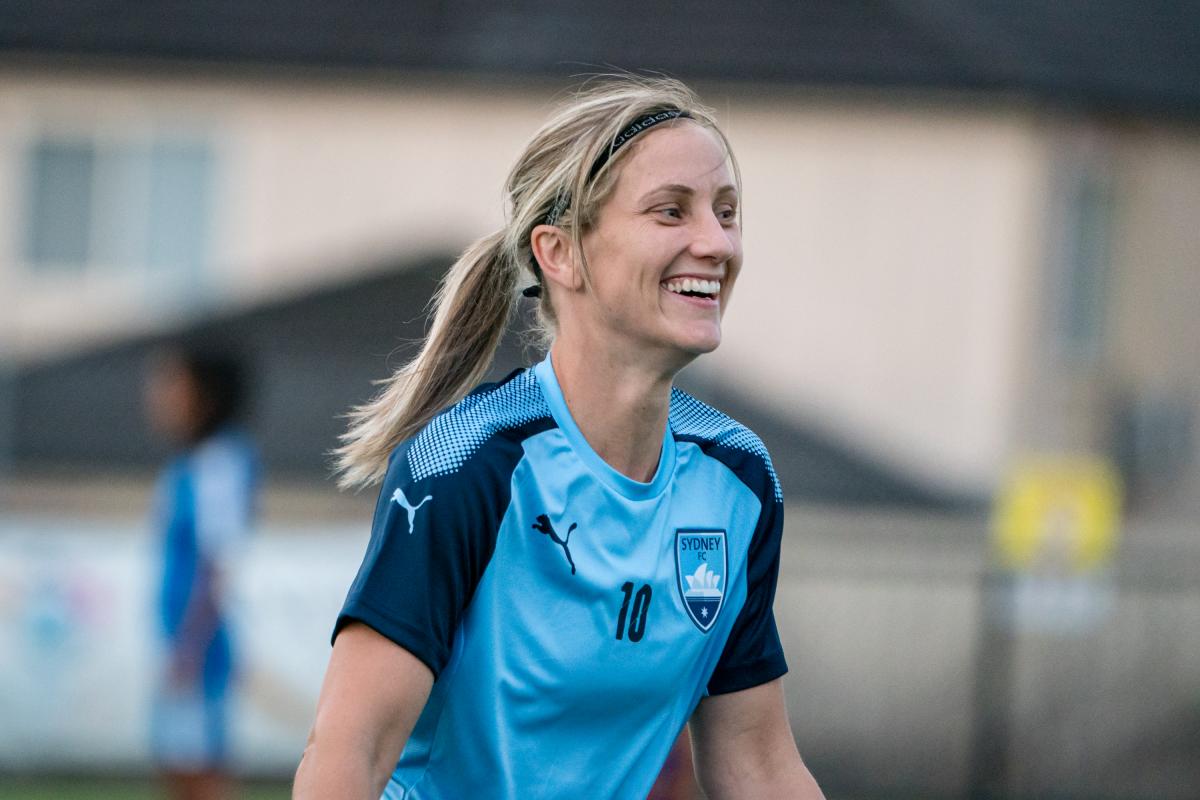 Caitlin Cooper (Defence): Defecting from crosstown rivals Western Sydney Wanderers to join Sydney FC could not have been an easy decision for Cooper, but she comes prepared and in excellent form. Cooper has enjoyed her time in the Matildas outfit and will be looking to continue to impress to secure her spot in the national team line-up.

Kylie Ledbrook (Midfield): Ledbrook has returned to the W-league following a stellar season in the NSW Women's Premier League playing top shelf football for Minor Premiers Macarthur Rams. Ledbrook has a heroic history with Sydney FC and is a fan favourite, scoring lots of flashy goals in the early days of the W-league competition. Ledbrook is a clever midfielder who is able to open gaps with excellent passing. She can also shoot from distance which makes her always dangerous with the ball.

Lisa De Vanna (Forward): One of Australia's greatest ever football players, it was a major coup to get De Vanna in the Sky Blue jersey. De Vanna's big game experience, speed in attack and technical ability to score goals is unrivalled. De Vanna has an eye for goal at all times and her enthusiasm and passion for the game can help Sydney to lift the intensity level. 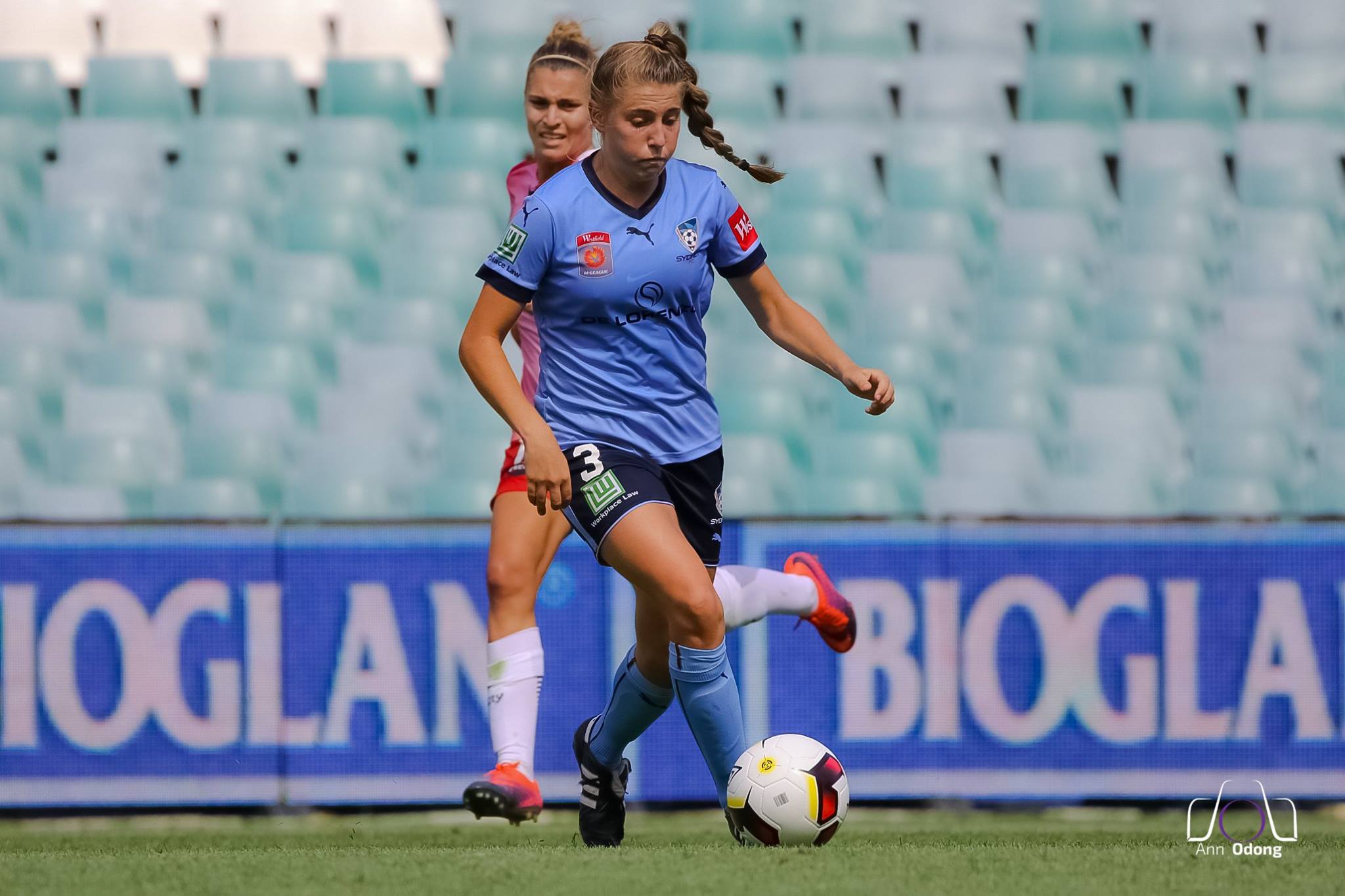 Remy Siemsen (Forward): Young gun Remy Siemsen was deservedly awarded the Sydney FC Golden Boot and NAB Young Player of the Year after a hugely successful season in 2016/17. Surrounded by experienced Matildas, she stood out with her consistency and movement, always in the right place at the right time.

At 17 years old Siemsen has the football world at her feet and will start season 10 of the W-league hot off AFC U20 World Cup qualification representing Australia. In her first game of this tournament she assisted one goal and scored the other. Siemsen is stacking up to be one to watch for many seasons to come. 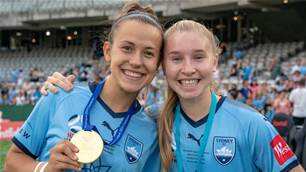