It’s fair to say that with a second place regular season finish and a grand final appearance, Perth Glory were the surprise package of season 10.

It’s fair to say that with a second place regular season finish and a grand final appearance, Perth Glory were the surprise package of season 10.

The season started off with a convincing 4-2 win over the Western Sydney Wanderers and bar some late season jitters, the Glory posted consistent results in the 2016/17 season while playing some enthralling attacking minded football.

The key to Perth Glory was their talismanic captain Sam Kerr, who was really the key to every team she played for in 2016 and 2017.

Kerr has always been a good player. Strong, mobile, and fast, with the ability to take on and beat defenders, Kerr went to another level during the last W-League season and carried it into 2017.

What was the difference from previous years? A newfound confidence and a vastly improved finishing ability. The result was a boatload of awards in Australia and overseas; Julie Dolan Medal, NWSL Most Valuable Player, NWSL Golden Boot, WinS Sportsperson of the Year, PFA Player of the Year.

But it wasn’t just Kerr last season; she had help from players like Vanessa DiBernardo, Rosie Sutton and Nikki Stanton. DiBernardo and Sutton have departed but Stanton is back for her third W-League season and will be the foundation of the midfield.

To replace DiBernardo, head coach Bobby Despotovski has looked east to pick up former Matilda and Sydney FC midfielder Nicola Bolger. A W-League original, Bolger is a veteran with two championships and premierships under her belt. She will assume the role of playmaker and has the vision and passing ability to perform it well. 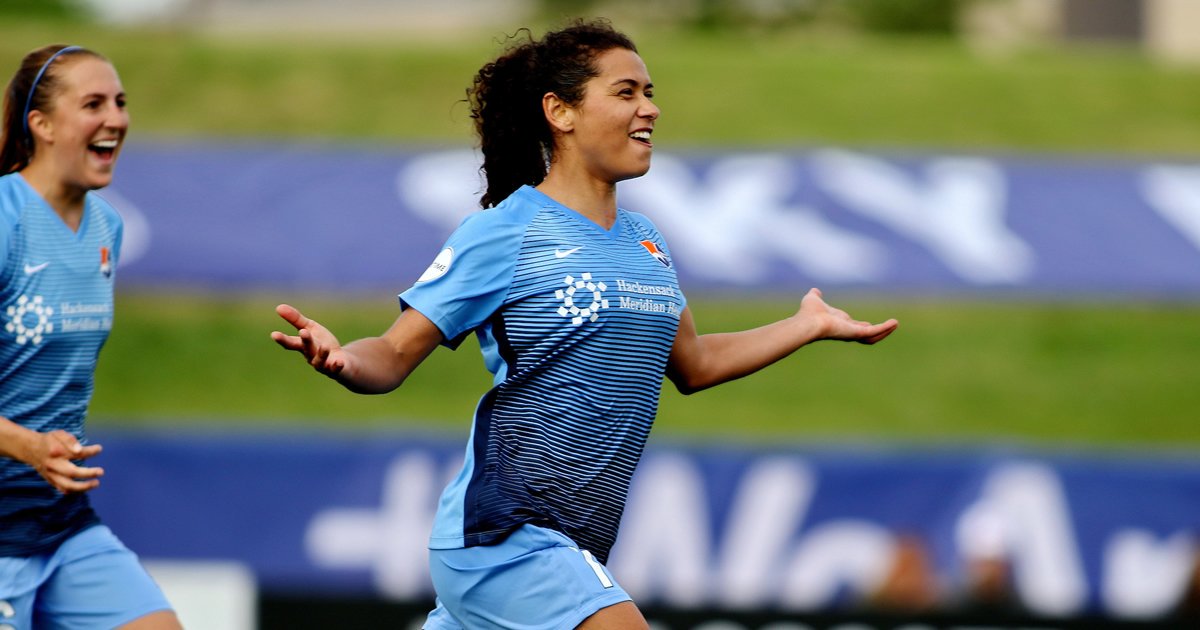 Bolger will be helped in that attacking midfield role by Costa Rican international Raquel Rodriguez. A former college football star, Rodriguez is a midfielder who also has an eye for goal. Rodriguez is a solid player who could work well alongside Nicola Bolger and has the advantage of being familiar with Sam Kerr’s game from their time at Sky Blue FC.

In fact that midfield connectivity is a bonus for Glory with Stanton, Rodriguez, Bolger and Kerr all having played long spells together in Australia or the United States.

Attacking wise Perth product Marianna Tabain has returned home after two seasons with Melbourne City. The leading appearances holder for the W-League, Tabain is a quality and consistent forward that adds pace to the Glory forward line.

Despotovski has also looked internationally to supplement his attacking options with young American forward Rachel Hill. Hill had a promising rookie season with Orlando Pride, netting three goals and one assist. A similar return for the Glory would be welcome in spreading the load in terms of goals. 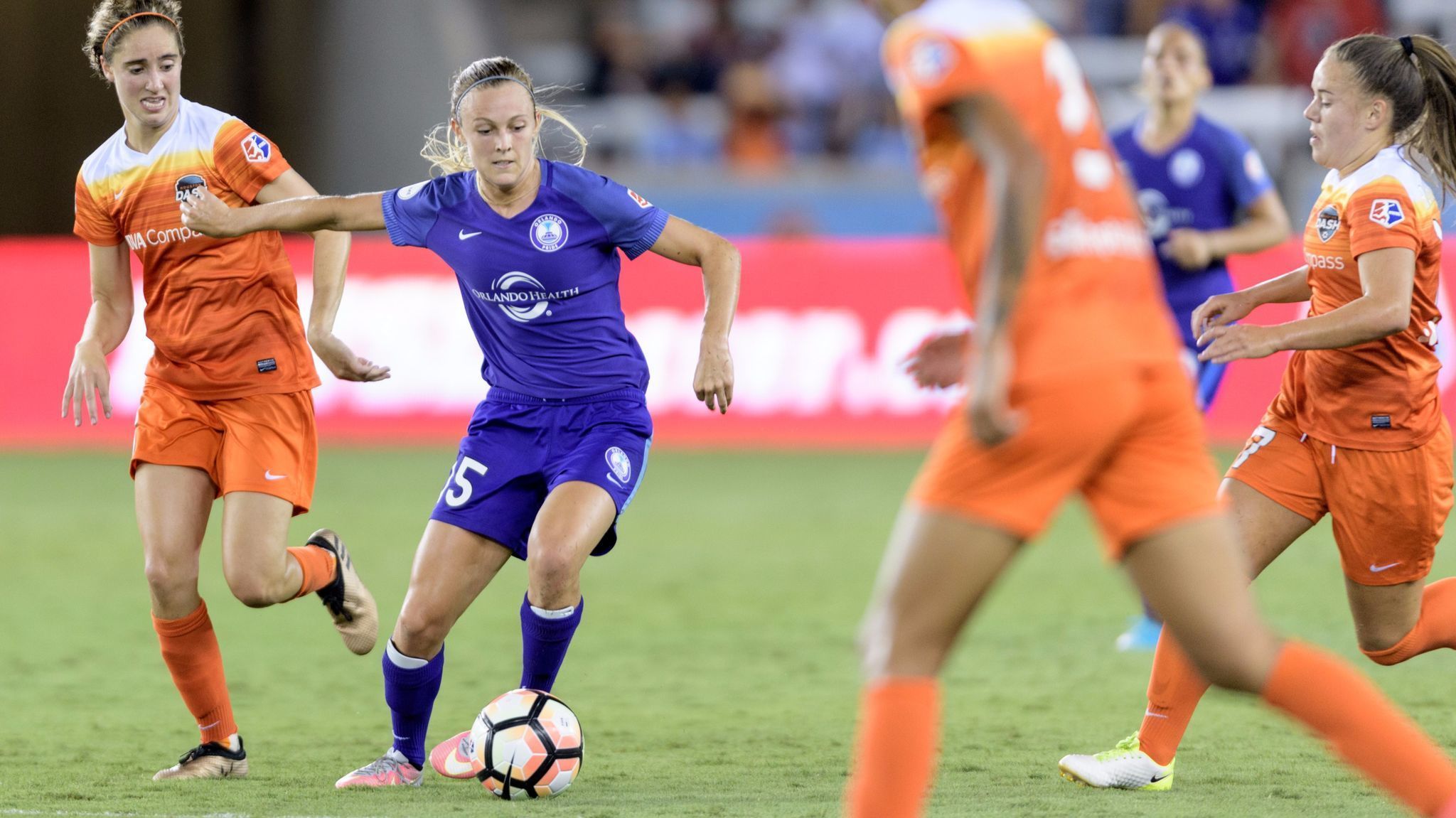 Defensively Perth Glory has kept faith with the players who helped them to the grand final appearance. Led by Kim Carroll, the Perth defence recorded the third best defensive record - a feat that would have been even better if not for an aberrant 7-2 loss to Canberra.

Kim Carroll, goalkeeper Gabby Dal Busco and full backs Sarah Carroll and Natasha Rigby will be joined by Danielle Brogan and American Amanda Frisbie. Brogan is a veteran central defender with international experience with the Matildas and a wealth of W-League knowledge.

Frisbie is a versatile defender who can play at centre back, fullback or pushed up into the midfield, The Boston Breakers loanee is prized for a long range distribution from a quality left foot and it will be curious to see how Despotovski deploys the 25 year old.

While Perth’s defensive resources may not have the star power of a Melbourne City, it is one that has experience and pace that should again prove fundamental to Perth’s success. Add to the squad Bobby Despotovski’s stewardship and all in all the Glory squad is one that Perth supporters should take comfort from.

Perth have twice now fallen at the final hurdle and the question is whether, in their 10th season, they can finally lift the coveted championship trophy. 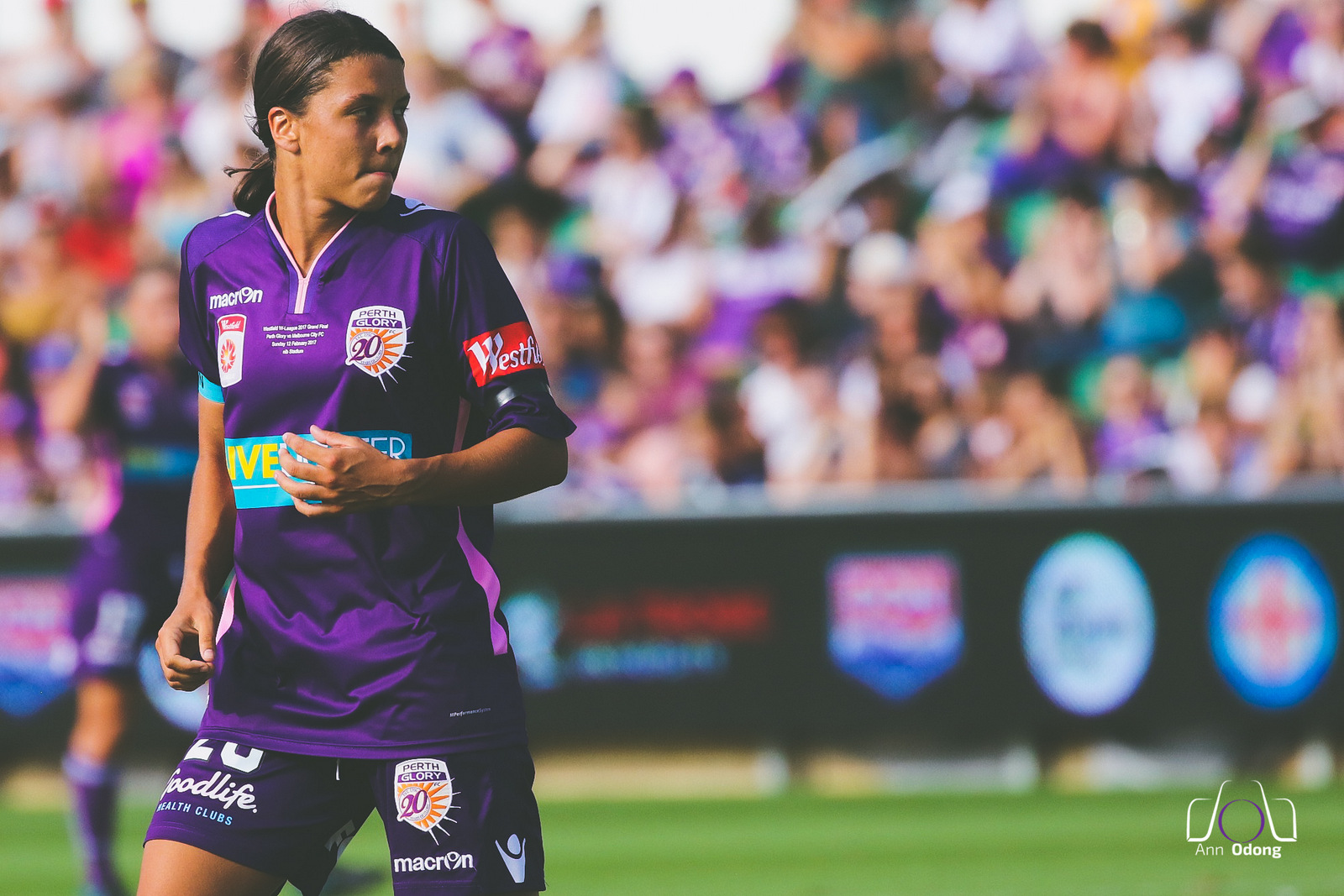 Last season the key word to come out of Perth’s unexpected run to the W-League grand final was unity. Speak to any player post match and they discussed the closeness of the playing group and the togetherness the senior leaders had fostered. That the majority of that squad is back for Season 10 bodes well for the Glory.

Then there is the front third of Perth. While they have lost some significant pieces of last season’s forward line, Despotovski has looked to recruit players of a similar ilk so as to keep the consistency of play. May, Rodriguez, Bolger and Tabain all have similar traits that should mix well with Kerr, Doeglas and Gibbons.

Last season Perth were a relatively stable team with the third best defensive record and the fourth best attacking record. Despotoski built a team that was mainly solid and occasionally spectacular but in many ways teams underestimated them. That won’t be the case in Season 10.

So how will they deal with being the hunted? The Glory thrived when they were the underdog but In situations where Perth were expected win, they often stumbled, including twice against the Newcastle Jets, once against Adelaide United and just scraping by the Wanderers in the final round of the season. How the Glory deals with the added pressure to succeed will go a long way to determining their season. 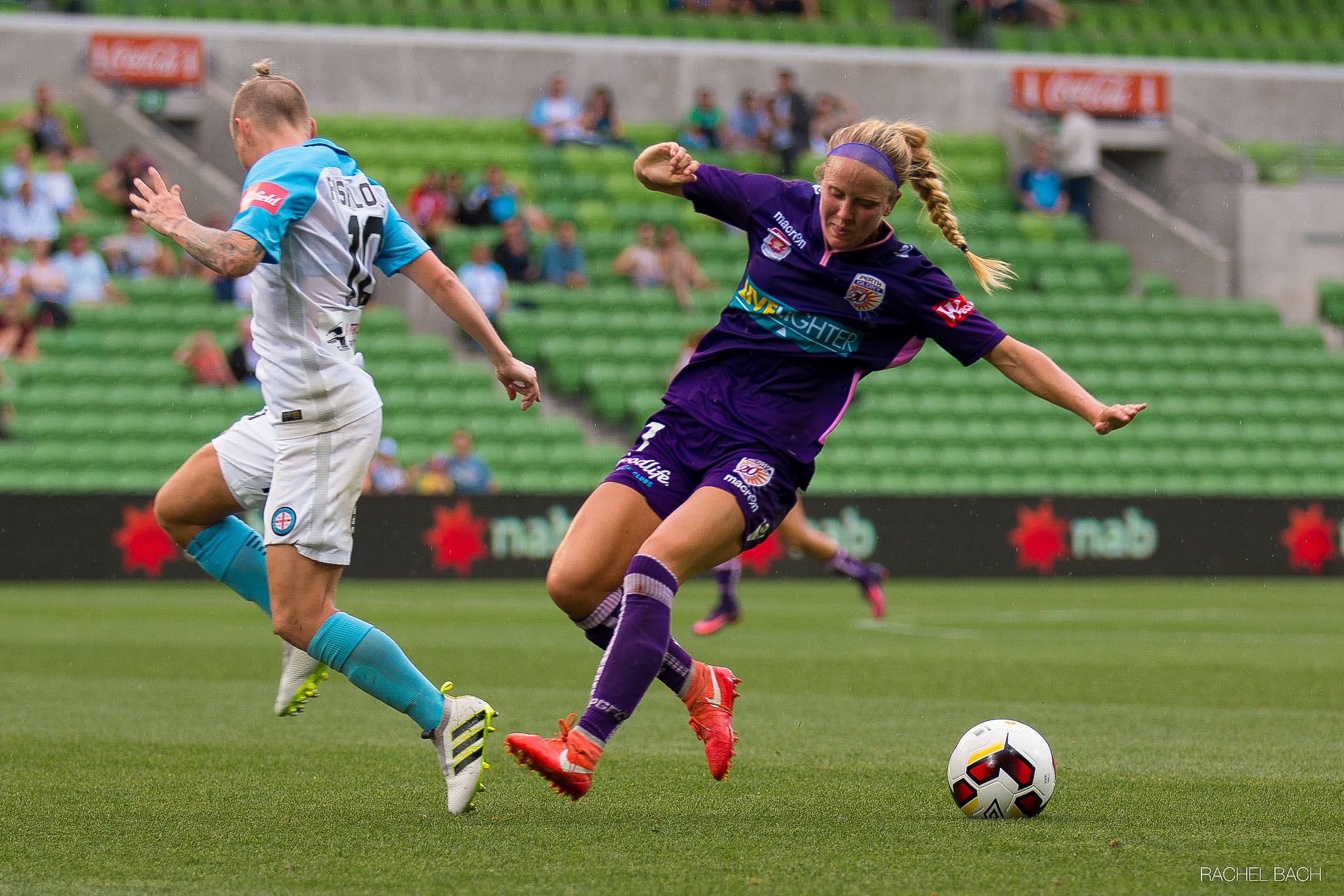 Brogan is a battle-hardened, no nonsense defender and with seven W-League seasons under her belt - including several as Sydney FC captain - the 29 year old could provide some much welcomed defensive leadership.

Nikki Stanton / Nicola Bolger (Midfield): Stanton and Bolger are a study of contrasts. One is a physical, all action box-to-box midfielder while the other is a more artistic minded languid midfield architect. However both will be equally important for the Perth midfield to function as it did last season.

Bolger in particular has a big role with Perth losing the services of Vanessa DiBernardo. DiBernardo not only pulled the attacking strings but she also provided goals and Bolger will need to perform a similar function. Meanwhile Despotovski will be hoping that for a third season Stanton can provide the drive and steel of the Glory midfield.

Marianna Tabain (Attack): Yes, the shock that Sam Kerr is not down as the forward’s key player is audible. However, it is a given that the reigning W-League Player of the Year is key to Perth Glory’s hopes but her supporting cast will be equally decisive. Last season it was Rosie Sutton - who has headed to the Wanderers - this season it will be Marianna Tabain.

With two premierships, two championships and 30 goals to her name (top 10 in W-League all time list), Tabain is one of the great quiet achievers of the W-League. In Perth’s premiership winning season of 2015/16, Tabain was one of the important attacking threats alongside Kerr. She has the ability to play out wide or centrally. She can be a creator or a finisher. With a high performing Tabain, Kerr will have the perfect foil.