Overall, the 2016/17 season was a frustrating one for the Newcastle Jets.

Overall, the 2016/17 season was a frustrating one for the Newcastle Jets. It was a season that had promise,but ultimately Craig Deans’ side fell short of finals contention once again as they finished fifth.

Newcastle were a squad that more than held their own at times, highlighted by a 3-1 win against Sydney FC in Sydney, but just couldn’t produce enough consistent performances to warrant playing in the finals.

Where Newcastle did struggle, and what proved the biggest stumbling block, was scoring goals, which for the second year running cost them a finals berth.

Coach Craig Deans has looked to address what he described as a “sameness” about their attack by signing Katie Stengel to give them that bit of extra quality in front of goal.

The Jets strike force will be further bolstered by the addition of Tara Andrews after a year off which will be almost like having a brand-new player. Andrews’ technical ability and cleverness on the ball along with her eye for goal make her the ideal number nine. 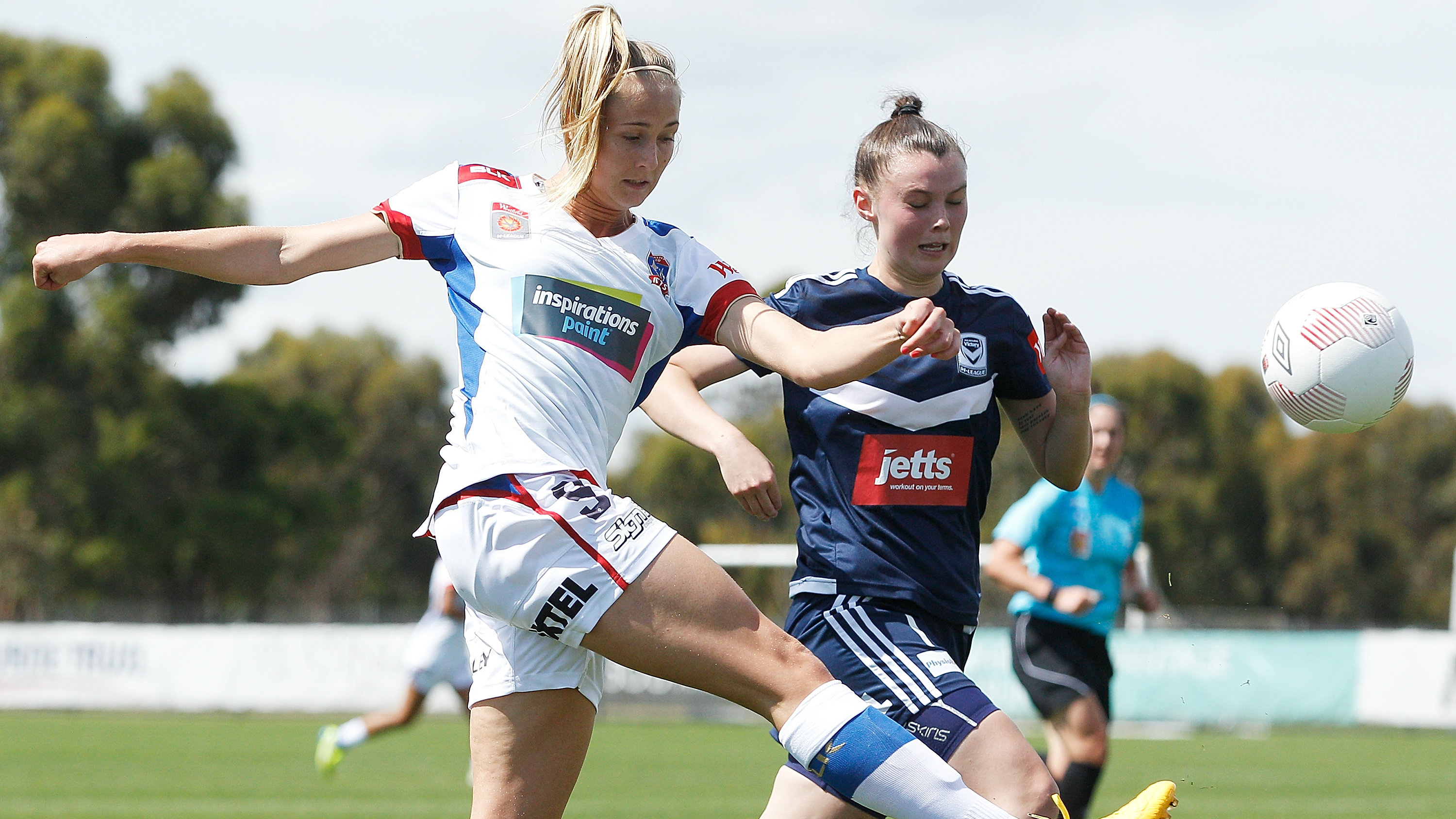 Stengel and Andrews provide a different look to the Jets forward lines of the past. This season the tall target forwards provide a contrast with the wingers like Jenna Kingsley, Young Matildas forward Cortnee Vine and Panagiota Petratos.

While the forward line has been tweaked is nothing line the overhaul the midfield has undergone. The headline signing is the return of local product and one of the Matildas captains in Emily van Egmond. Van Egmond returns after three seasons in Germany, including two with Bundesliga champions Wolfsburg.

In Van Egmond, Craig Deans has a player that he can build a team around. He also has another centrepiece with American Tori Huster returning. Huster is the kind of solid and consistent performer that team supporters love. A hard worker, she will provide some robustness to the midfield along with local product Cassidy Davis. 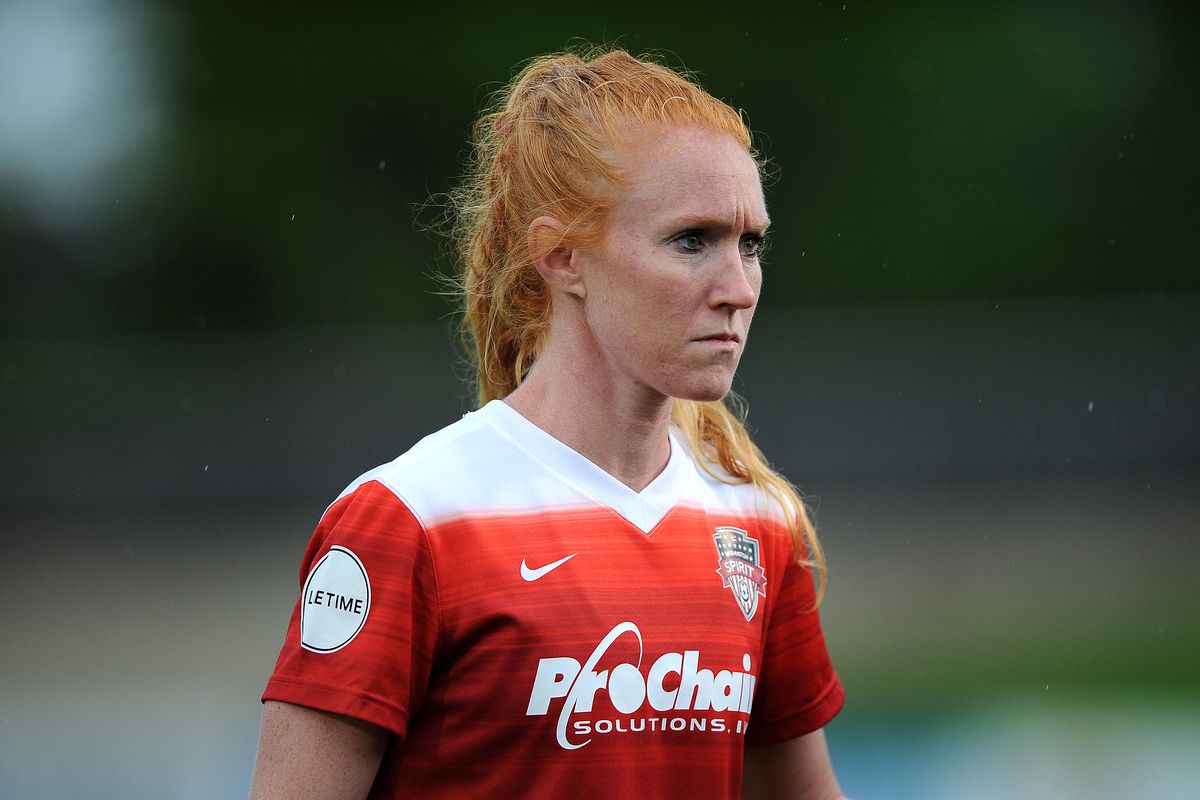 This may free up Arin Gilliland to play any number of roles for the Jets this season including further up the park as a more attacking entity. That move worked to great effect last season for the Jets and could do so again this season.

Defensively the Jets have also undergone a reshuffle with Portland Thorns goalkeeper Britt Eckerstrom coming in as the number one while tough full back/central defender Hannah Brewer returns after championship and premiership winning stints with Melbourne City and Canberra United, respectively.

Brewer, along with Gema Simon (currently in Norway), will provide experience to a defence that will be light on that experience with Young Matildas defender Sophie Nenadovic, rookie centre back Tash Prior and defender Nikola Orgill all set to feature in the backline.

Once again things look hopeful for the Newcastle Jets ahead of the tenth season but it remains to be seen if they can put it all together to return to the finals eight seasons after their first appearance. 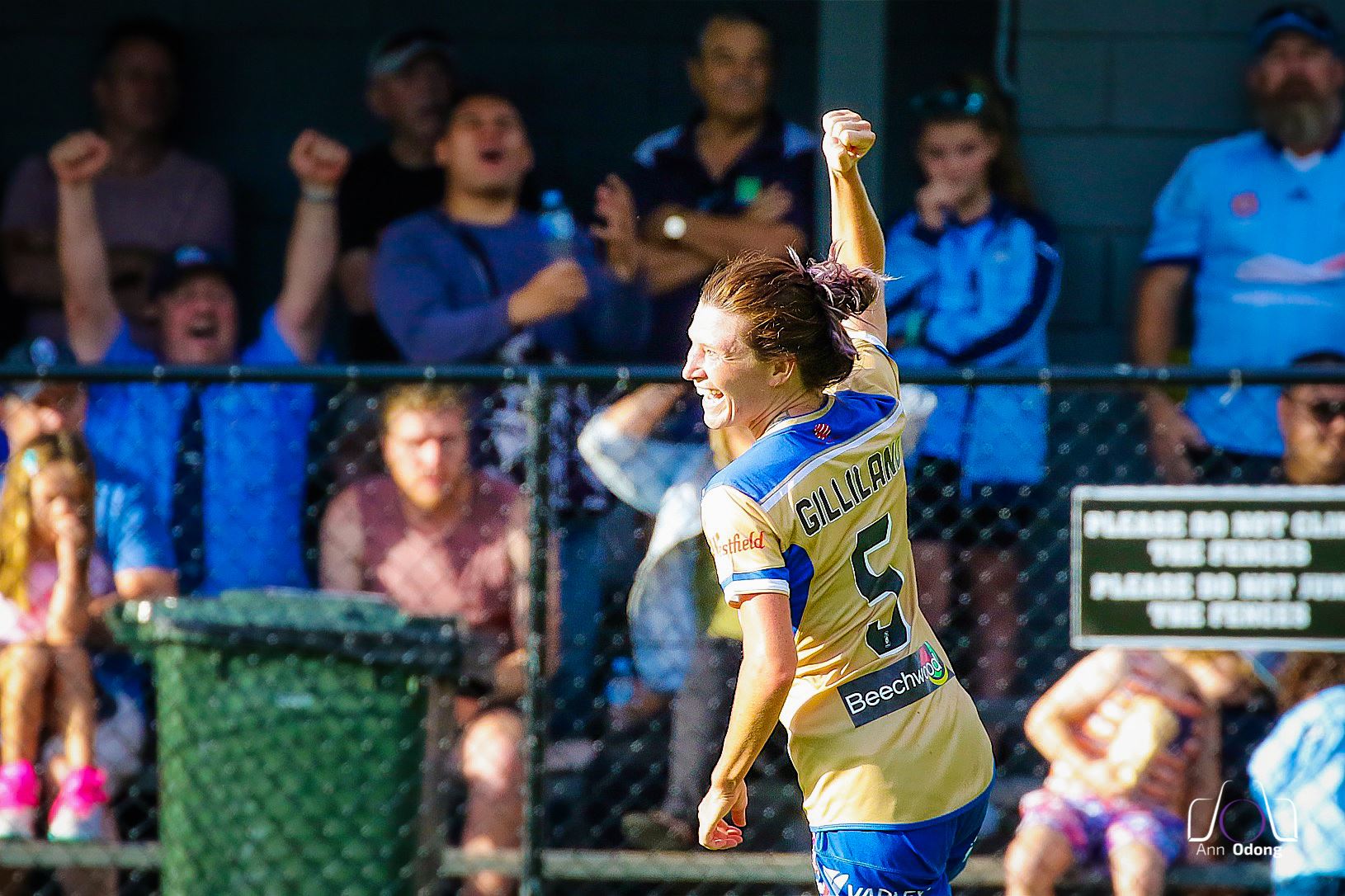 The Newcastle Jets’ real strength this season is undoubtedly their midfield. With the addition and return of familiar faces Arin Gilliland, Cassidy Davis, Tori Huster, and arguably the biggest signing of the season in Emily van Egmond, the Jets will be hard to break through this season.

How Deans makes the most of this talent is still a question, whether he looks to play an attacking three midfield formation or looks for the safety and solidity of a four in the midfield to assist a young defence.

Either way, with the personnel in the engine room, it will mean that the Jets should see their fair share of the ball in most contests and, in van Egmond, they also have the quality to take advantage. 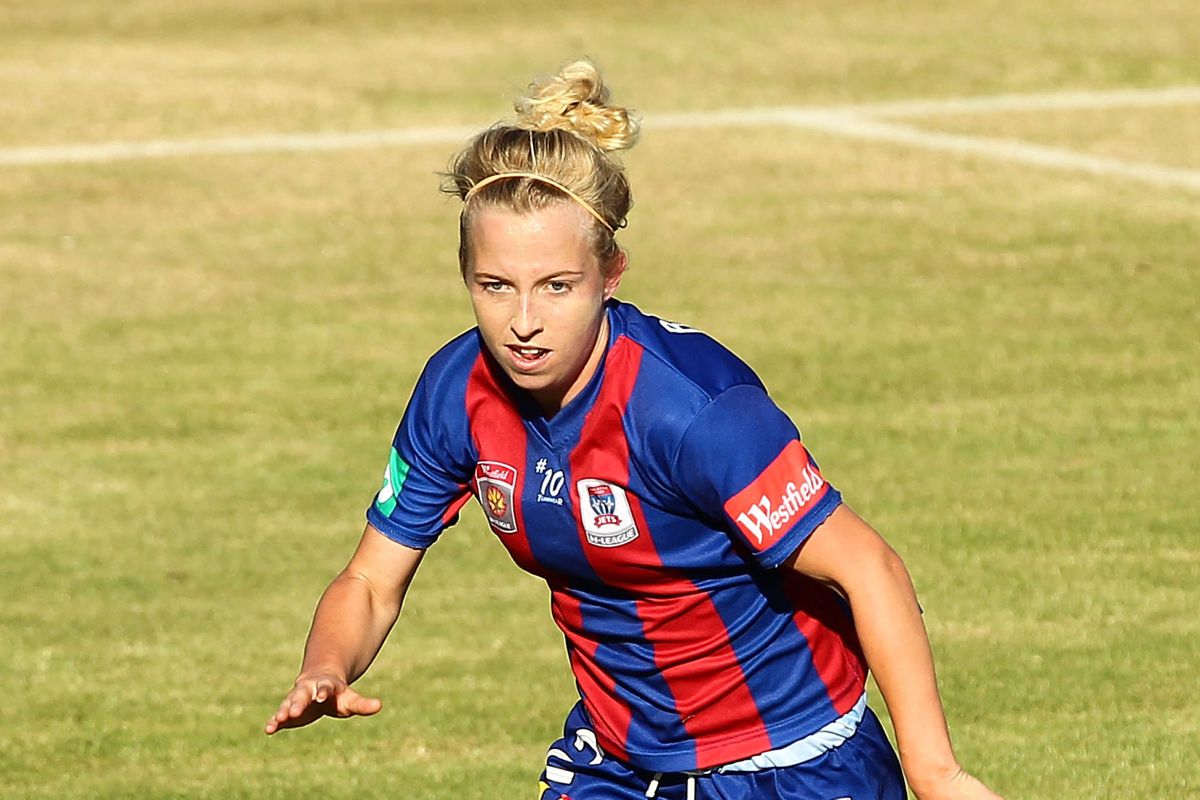 Defensively the Jets have some huge holes to fill, with the most glaring being the loss of Megan Oyster who was so influential in the heart of the defence. Oyster would almost always come out on top in one-v-one situations but her role could quite possibly be filled by the more-than-capable Hannah Brewer.

Despite being just 24, Brewer has been around the league for a long time & her experience in the backline will be invaluable with club captain Gema Simon not expected to return until around about the fourth round.

Just who will partner Brewer at centre back remains to be seen, with the relatively inexperienced Prior and Orgill as options along with midfielder Cass Davis, who has played there several times before.

Behind them will be a new goalkeeper in Britt Eckerstorm. Though she does not have the experience at the top level as others who have ventured to Australia, the 24-year-old has great athletic ability and quality distribution. Eckerstrom will no doubt relish the opportunity to test herself at a high-quality level of football week in week out having been under the guidance of one of the best in Thorns goalkeeping coach Nadine Angerer. 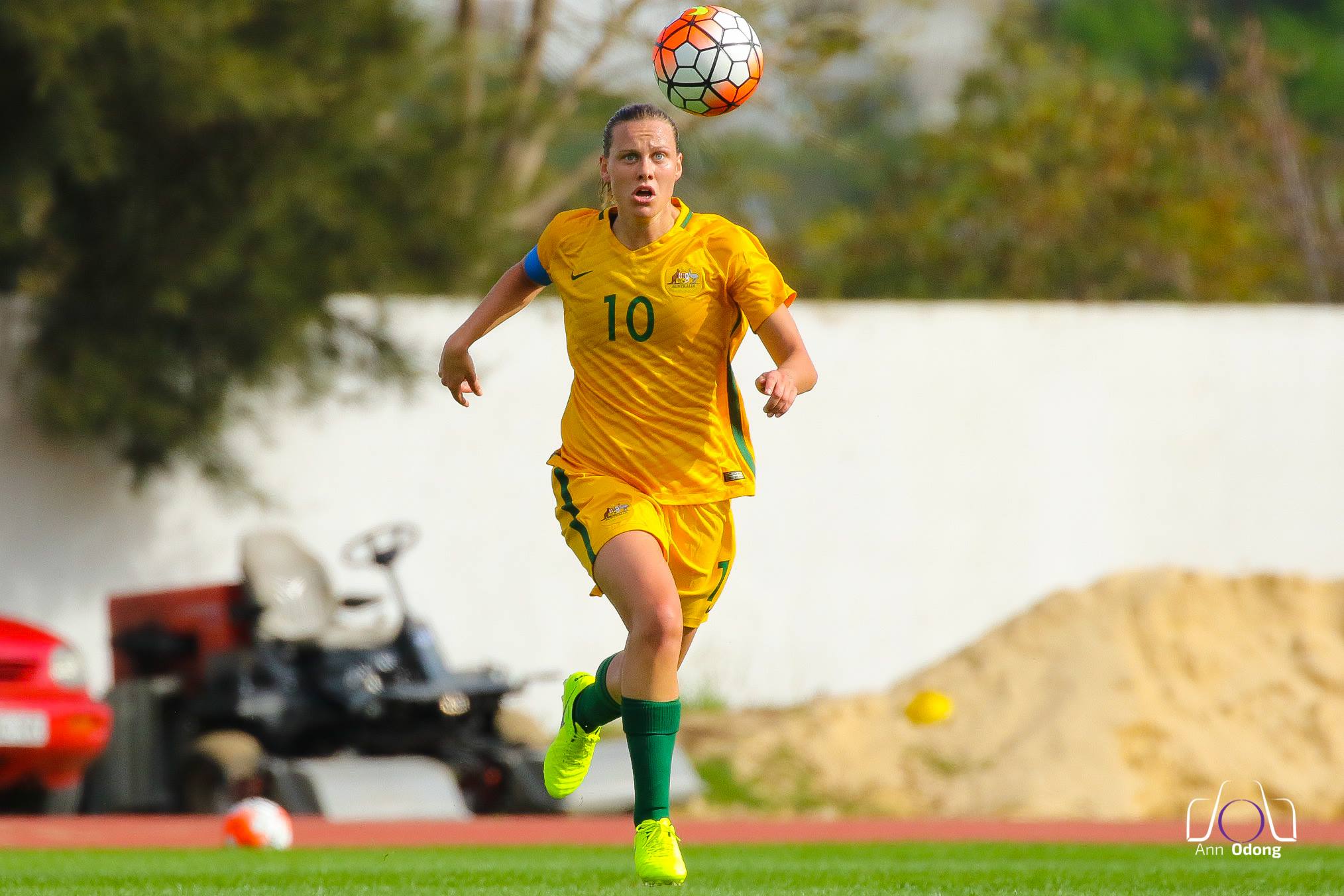 Hannah Brewer (Defence): The foundation Jet is back after a couple of seasons away from the Hunter which included a guest stint at Melbourne City and a season at Canberra United.

With 69 W-League appearances to her name Brewer adds a wealth of experience to the Jets backline. Expect her to fill the role vacated by Megan Oyster.

Emily Van Egmond (Midfield): The greatest modern-day player Newcastle has ever produced was a surprise and welcome addition to the Newcastle side after returning less than halfway through a two-year contract extension with German powerhouse Wolfsburg due to homesickness. The Jets moved the earth itself to fit her into their roster, gaining the required funds via sponsorship to land her as their marquee player.

Van Egmond offers real quality on and off the ball with superb vision and passing, and her familiarity with her teammates will prove an integral part of the Jets’ quest for success this season.

Katie Stengel (Forward): Craig Deans wanted a point of difference to the forward options of the past and Stengel fits that bill. Stengel lead Bayern Munich to the 2014/15 Frauen-Bundesliga title, scoring nine goals from 20 appearances.

Stengel will be familiar with Australian conditions having played for the Western Sydney Wanderers last season, bagging six goals in nine matches, including a double at Hunter Stadium.