It probably was not the season the Brisbane Roar wanted but sometimes it does not always go to plan.

It probably was not the season the Brisbane Roar wanted but sometimes it does not always go to plan. Last season, the team was surrounded by pre-season off-field drama from a pay dispute and longtime coach Belinda Wilson leaving the club.

Mel Andreatta, who had previously been coaching the National Training Centre (NTC) girl’s side, stepped up to fill her shoes through a rollercoaster season.

The Roar put on a brilliant display of football in the opening round against Sydney FC but other matches, like the one against Canberra United in Gosford, they will want to forget. A lack of finishing in front of goals was the main problem for the squad, with the second-fewest goals (15) just in front of Western Sydney Wanderers (14).

In a crazy turn of events, despite having more points (20) on the ladder compared to their previous season (16 points) where they finished fourth, they finished seventh overall.

The last 10 seasons of the W-League have seen the Brisbane Roar become one of the most successful clubs, winning two Premierships and Championships while making five Grand Final appearances.

They have seen the likes of Elise Kellond-Knight, Lauren Colthorpe, Alicia Ferguson and Lana Harch grace the field. Clare Polkinghorne and Tameka Butt are all who remain from the inaugural squad. While Polkinghorne became the first player to reach 100 W-League matches, Butt is not far behind and could make her 100th appearance this season.

The squad has not seen any significant changes from last season. While seven players have departed, the spine of the team has stayed intact with Amy Chapman, Clare Polkinghorne, Katrina Gorry and Mackenzie Arnold committing their futures to the club. Younger players from the squad last season are expected to step up and fulfill the roles of departed players. 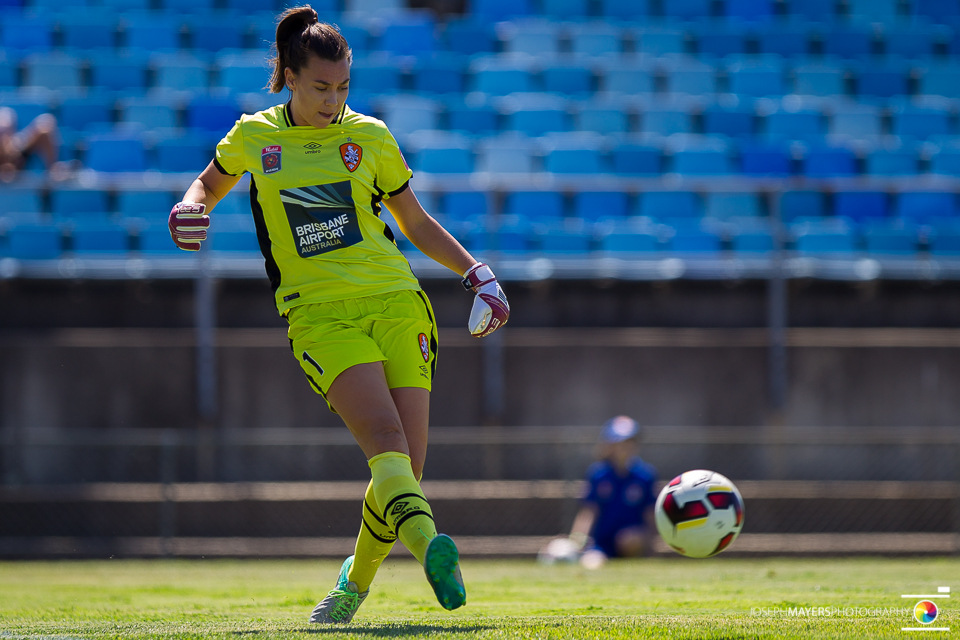 The Roar are yet to announce their last three players, two of whom are widely speculated to be Tameka Butt (confirmed) and Emily Gielnik who have been playing overseas and will not return until at least Round 5.

However, with three spots up for grabs, Andreatta has not ruled out signing more young players from the NTC to the W-League team.

“There is a lot of great potential.  We had them playing with use against The Gap and they performed really well but at this stage, the cards are close to my chest. Everyone is working hard and have so many options is exciting.”

As Andreatta enters her second season in charge of the Brisbane Roar she wants to see her side contending for finals.“Everyone has come out said they want to make finals,” she said. “I am expecting a very competitive highly entertaining season for everyone to be involved with this year and I think all the teams look to be signing and re-signing well so it will be interesting to see how it all plays out.”

Brisbane Roar is not generally a team who rely heavily on their internationals, with the majority of their players coming through the youth programs put in place by the QAS and the PS4NPL Women’s competition. A

ndreatta has signed three internationals so far for the season. Hong Kong international Wai Ki Cheung looks set to be the target in the forward line for the crosses into the box but could come off the bench if returning players re-sign with the squad in the coming rounds.

Roar surprised most with the signings of American players Carson Pickett (Seattle Reign) and Celeste Boureille (Portland Thorns) who seem to replace the departed Maddy Evans and Nina Frausing-Pedersen from last season.

All three internationals will be great additions to the squad to try not only push for more goals but strengthen the Roar’s defence.

The one thing Brisbane has that other clubs do not will be their experience as a group along with playing dynamics. In the off-season, the majority of the squad chose to stay in Brisbane and played mid-week games against junior boys’ teams in the NPL.

This has given the side the chance to work on tactics, formations, and combinations throughout the off-season while also trialing selected players from the NTC squad. On the pitch, Brisbane’s attack will be one that many teams will have to spend some time thinking about. Marshalled by Gorry, the Roar this season have a wealth of options in attack including the returning Hayley Raso - fresh of an NWSL champions with Portland Thorns - Tameka Butt, Allira Toby and potentially Emily Gielnik (currently in Norway).

One attribute evident in this attack is the sheer foot speed. If Brisbane can take control of the midfield in matches, they should get some reward through the attack Andreatta has assembled.

There is one particular challenge for the Roar and that will be the goals, which have been hard to come by in the last two seasons. While some outstanding goals were scored last season, it is time to stop relying on the midfielders to score and for the attackers to stand up.

It might sound a bit harsh but it could be a potential challenge for the team this season especially in a competition full of top forwards who score week in. So where will the goals come from?

Hayley Raso has re-joined the side after two seasons at both Canberra United and Melbourne Victory and is known for being deadly in the final third while Emily Gielnik (if she re-signs) has been playing her football in Norway, where she has scored six goals in 11 matches.

Wai Ki Cheung is also another option for Andreatta in the opening games of the season with three players still set to be signed in the last forward roles. 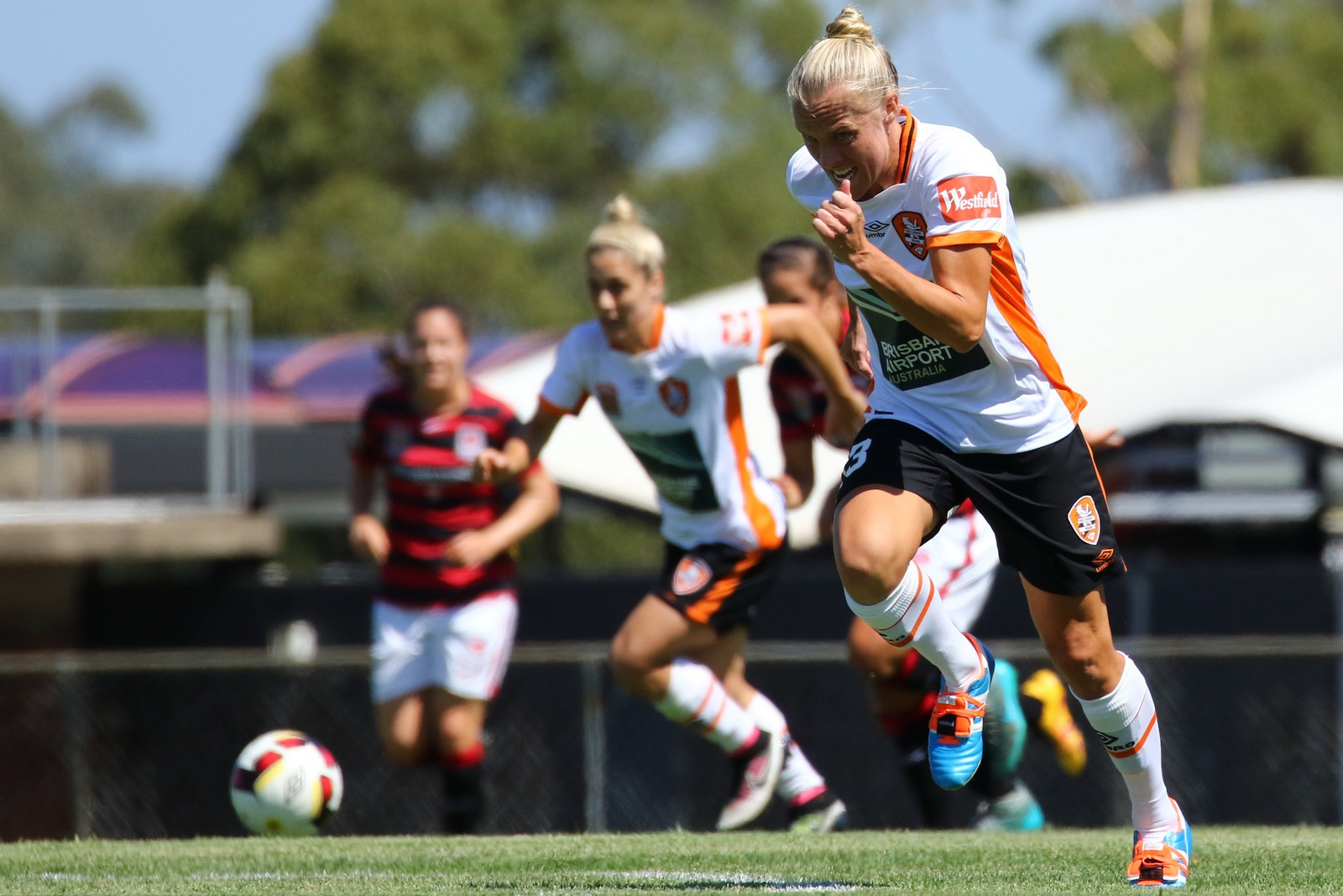 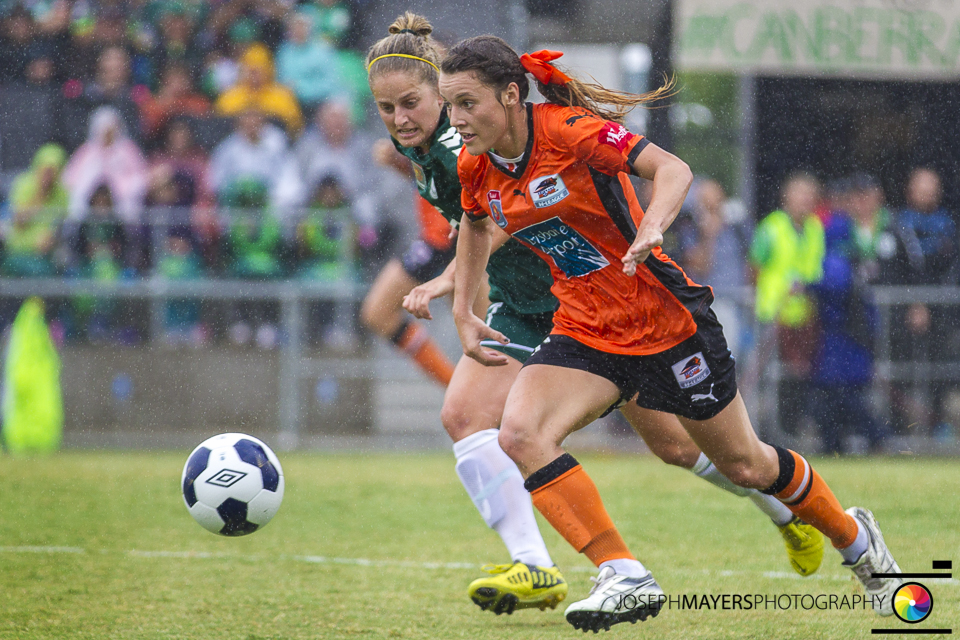 Hayley Raso to be monitored during the week | Credit: Joseph Mayers Photography

Summer O’Brien (Defender): The central defender enters into her third W-League season to hopefully continue where she left off. She has continued to improve since joining the squad from The Gap and while it took her a bit to fully settle into the level of the W-League, she has not looked back. She has been working hard with the other defensive players in the squad during the off-season and has been consistent throughout. This season could be a turning point for the young defender.

Katrina Gorry (Midfielder): Gorry has always been a significant member of the Brisbane Roar squad. The beloved midfielder is the link between the defence and forwards, so you will see her constantly moving up and down the pitch during the game. She is quick on the ball and even more deadly if you give her an ounce of space near the 18-yard box. However, there is one thing she does better than anyone else and that is her slide tackles.

Hayley Raso (Forward): She is back! After two seasons away from the Roar and having stints with both Melbourne Victory and Canberra United, Raso has come back home. Raso is a versatile attacker who is known for causing defenders trouble with her pace on the ball.

Having scored six goals and three assists during her season with the Portland Thorns where she is known as ‘Ribbons Raso’ to her US fans, the beloved forward is the quiet achiever in the league. Could she be the attacking force Roar need? 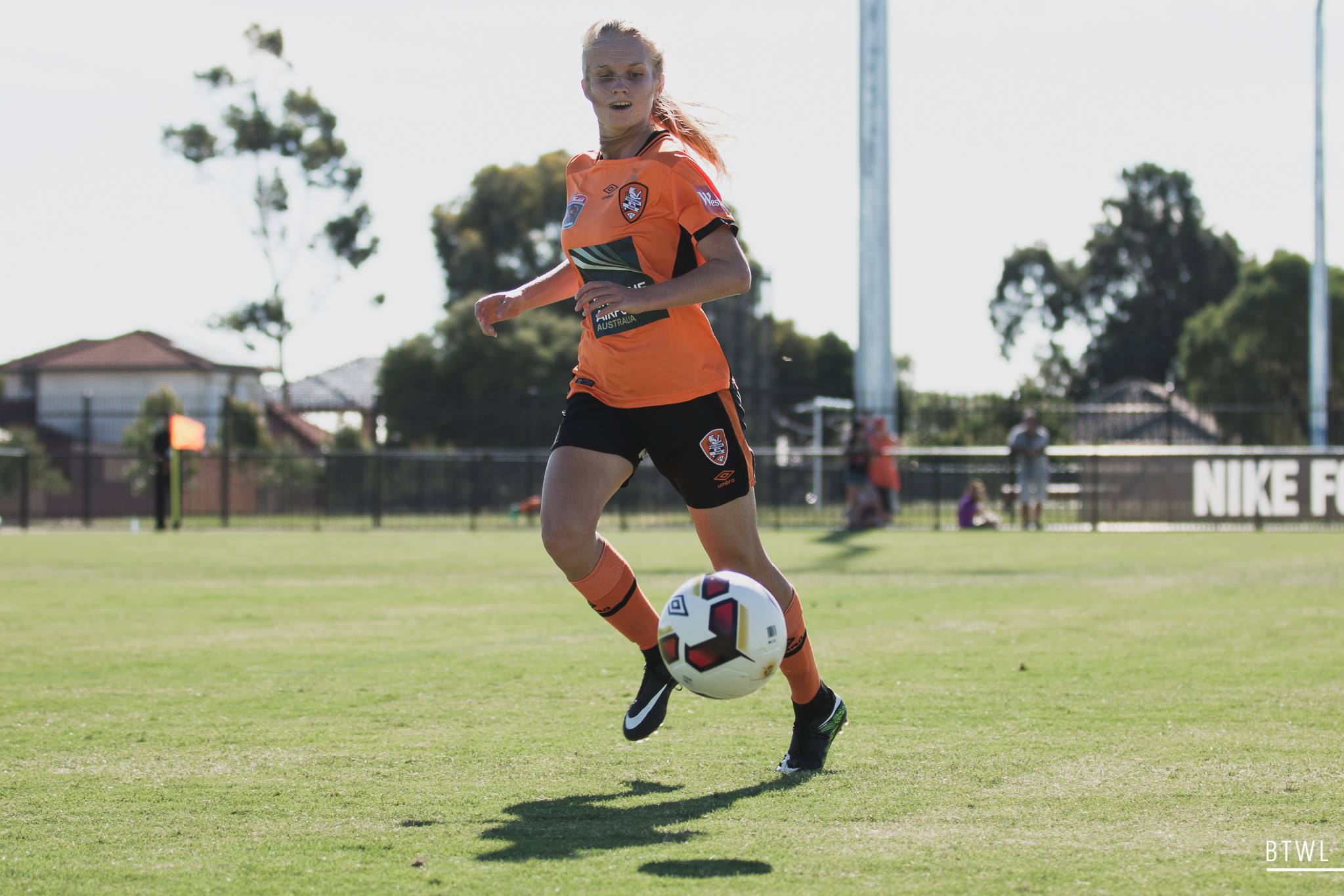 Kaitlyn Torpey (Defender): At only 17, Torpey is going to be the one to watch from Brisbane Roar this season and one for rival teams to keep an eye on. Having made her way to the W-League through the QAS/Brisbane Roar NTC squad, the youngster turned coaches’ heads with her pace and scoring ability.

Originally an excellent attacker/midfielder, she made the switch to defence last season under the guidance of Mel Andreatta. She made a name for herself last season after seven appearances for the club in the right-back role. Her work ethic is phenomenal and was rewarded with a Young Matilda’s call-up for friendly matches in July this year and for the U20 Women’s World Cup qualifications this month.