Bittersweet is a fitting description for the Reds’ ninth season – a rocky start plagued by injuries to key players and a squad who finally managed to gel together only towards the end of the competition.

Bittersweet is a fitting description for the Reds’ ninth season – a rocky start plagued by injuries to key players and a squad who finally managed to gel together only towards the end of the competition.

The connection between midfield and forward clicked, uncovering Adelaide’s potent attacking force and netting 17 goals in their last three games. Unfortunately, this came too late and hopes for an inaugural finals appearance dissipated.

The Adelaide story in the ten years of the W-League has been one of a hardworking team, playing the hand they have been dealt. However it is also a story of pain and underachievement with the program only in recent years starting to see the light.

Long gone are the days of winless streaks spanning seasons. Instead last season there were exciting attacking displays that brought about a 10 – 2 demolition of the Western Sydney Wanderers followed by committed performances that dashed Sydney’s premiership hopes.

Indeed, they have been on a lengthy journey while keeping their core philosophy to utilise home grown South Australian talent.

Ivan Karlovic has been confirmed for the 2017/18 season taking the reins from Huss Skenderovic. Karlovic is, however, no stranger to the team having worked as Skenderovic’s assistant last season. Armed with majority of the players from season 9, the club is ready to hit the ground running come the start of the new season.

“We are a team ready for success,” said Karlovic.

“I’d like to think that we’ve got more grit and strength this year, the quality and depth of players is better and our ability to retain some of the players from last season will help with the fluency of the squad.”

Coupled with that are a few big names returns including South Australia’s very own Emma Checker and Jenna McCormick. The duo will inject vital defensive experience gained from other clubs and overseas, while taking on leadership roles to guide younger players to further step up into their game.

McCormick and Checker will aid the returning Katie Naughton from the Chicago Red Stars. Naughton was a vital cog in the United defence last season and her potential partnership with Checker, as well as Eliza Campbell will give Adelaide some much needed defensive stability. Meanwhile Karlovic has the luxury of playing the versatile McCormick as an attacker, central defender or even a wing back.

Keeping with the theme of a strengthened core is the return of Danielle Colaprico. The intelligent Colaprico’s work as a defensive/holding midfielder last season allowed Alex Chidiac to flourish as a number 10 last season and the results were evident in the back part of the season.

That midfield has been reinforced with the addition of Colaprico’s Chicago Red Stars teammate Alyssa Mautz. With Mautz, Colaprico and Chidiac, Adelaide have a midfield that can screen the defence and create for the attack.

Karlovic has brought the players in for an earlier pre-season to strengthen the bond within the team and address some of the issues faced by the side.

“The biggest challenge for us is obviously having the belief that we can compete and make finals. We really want to shrug the monkey off our back, and have a good crack this season for a chance at finals for the first time in our club history.”

“We’ve started our preparations earlier to implement a style of play and our culture, and increased our physical conditioning so that we are at a better standard.”

There are lots of expectations for the side in this season, but the biggest one of them all: will Adelaide finally fit all the pieces of the puzzle together in time to make it for their inaugural finals series? 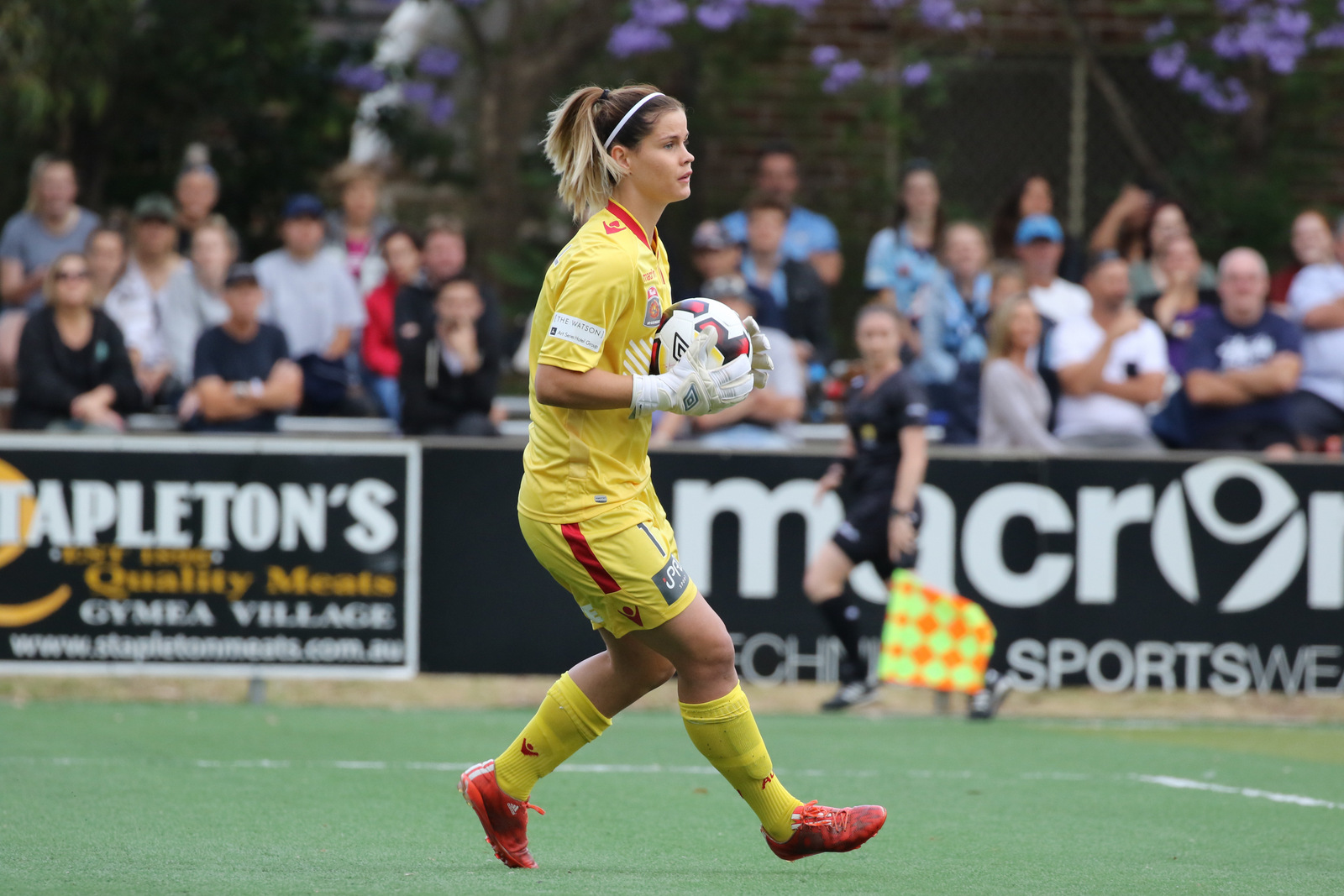 With Campbell, Naughton, McCormick, Checker, Mautz, Colaprico, Chidiac, Jones and Quigley; for the first time in many seasons, Adelaide United has a strong, in form spine to their team. Importantly, that core has plenty of experience in the W-League and internationally providing solid leadership to many of the young South Australian talent.

What may assist Adelaide also is being able to retain most of the players from last season is certainly an advantage, as stability has been a big question mark troubling the United side for a long time. Each of these players have a strong work ethic, and if they can build on the momentum and confidence from the tail-end of last season, the side will make for a successful and cohesive unit.

Despite struggling to keep clean sheets, last season, particularly in the back half, Adelaide United thrived in attack second only to Canberra United in goals scored. The departure of Chicago Red Stars international Sofia Huerta during the off-season will prove to be a huge blow to the club. Huerta was the fulcrum of the attack as the Red’s Player of the Year caused havoc to opposing defence, burying eight goals and five assists. Without her Karlovic will need to look to his pool of players for replacements.

The Reds will be hoping that fellow American Makenzy Doniak make a similar impact. While not a prolific goalscorer for North Carolina Courage, Doniak was an industrious worker with the ability to help create goals. If she can play supplier then the likes of Adriana Jones and the experienced Racheal Quigley have the finishing ability. 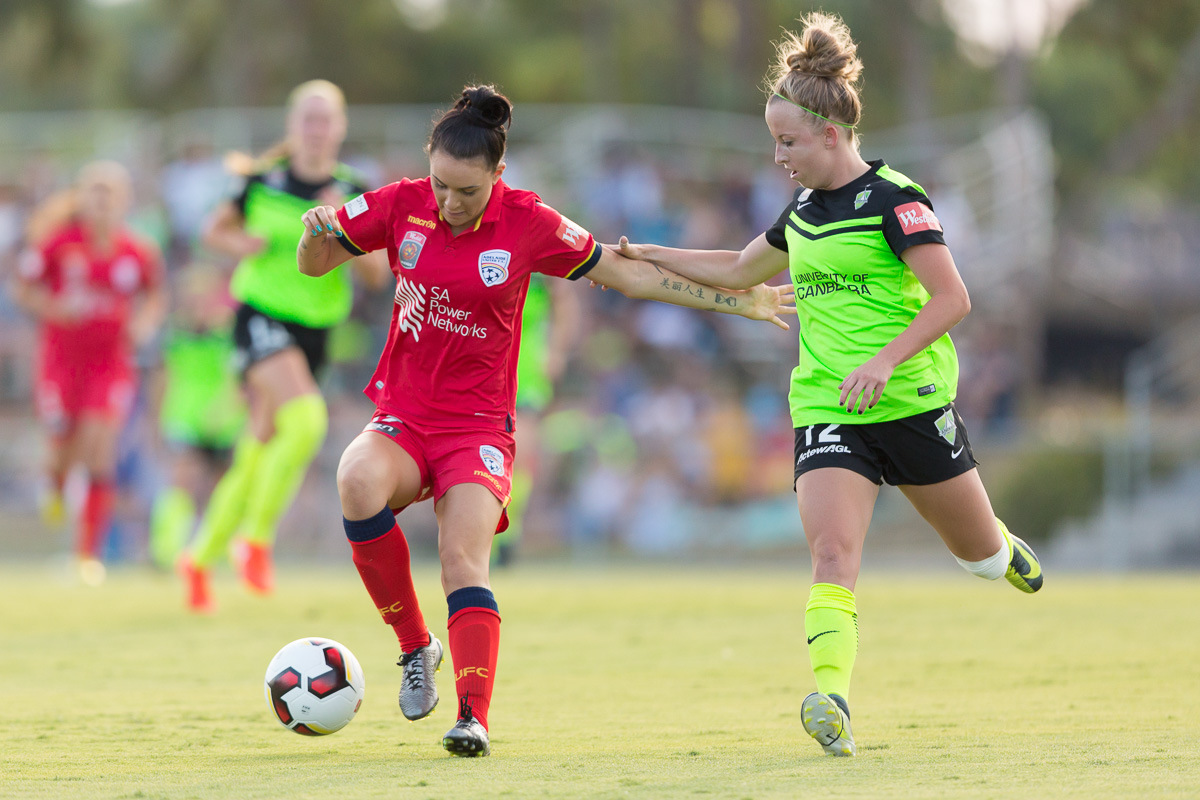 Eliza Campbell (Defence): Custodian of the United backline, Campbell’s performances were so good last season that she earned herself a call-up to the Matildas training camp for the Tournament of Nations back in July.

An acrobatic shot stopper, Campbell has quick reactions, aerial abilities and demonstrates immense bravery between the sticks. Without her the young Reds’ defence may have found itself in greater trouble and this season she will again be critical for Adelaide as they search for their first finals berth.

Alex Chidiac (Midfield): The wunderkind is coming into her own. With good distribution abilities, technically sound and wonderful on the ball, Chidiac will be key in Adelaide’s midfield. She was rewarded with the Club’s W-League Rising Star Award and the inaugural PFA Young Player of the Year for her stellar 2016/17 season.

Although still young, Chidiac will be the key creative force for the Reds, and with American Colaprico also featuring heavily in the Young Matildas squad, Chidiac will be looking to put some of these experiences in her game this season.

Adriana Jones (Forward): Jones is the lethal striker United has been looking for in past years. With a breakout W-League season that saw her bag nine goals (sharing the 3rd top goal-scorer with Victory veteran Natasha Dowie) and a stellar off-season stint in China with Zhuhai Suoka Guangdong FC.

Jones will again provide Adelaide the pace and clinical finish in the top third of the field. Jones is pacy and composed and, with the departure of Huerta, the goalscoring pressure will fall on her slight shoulders. 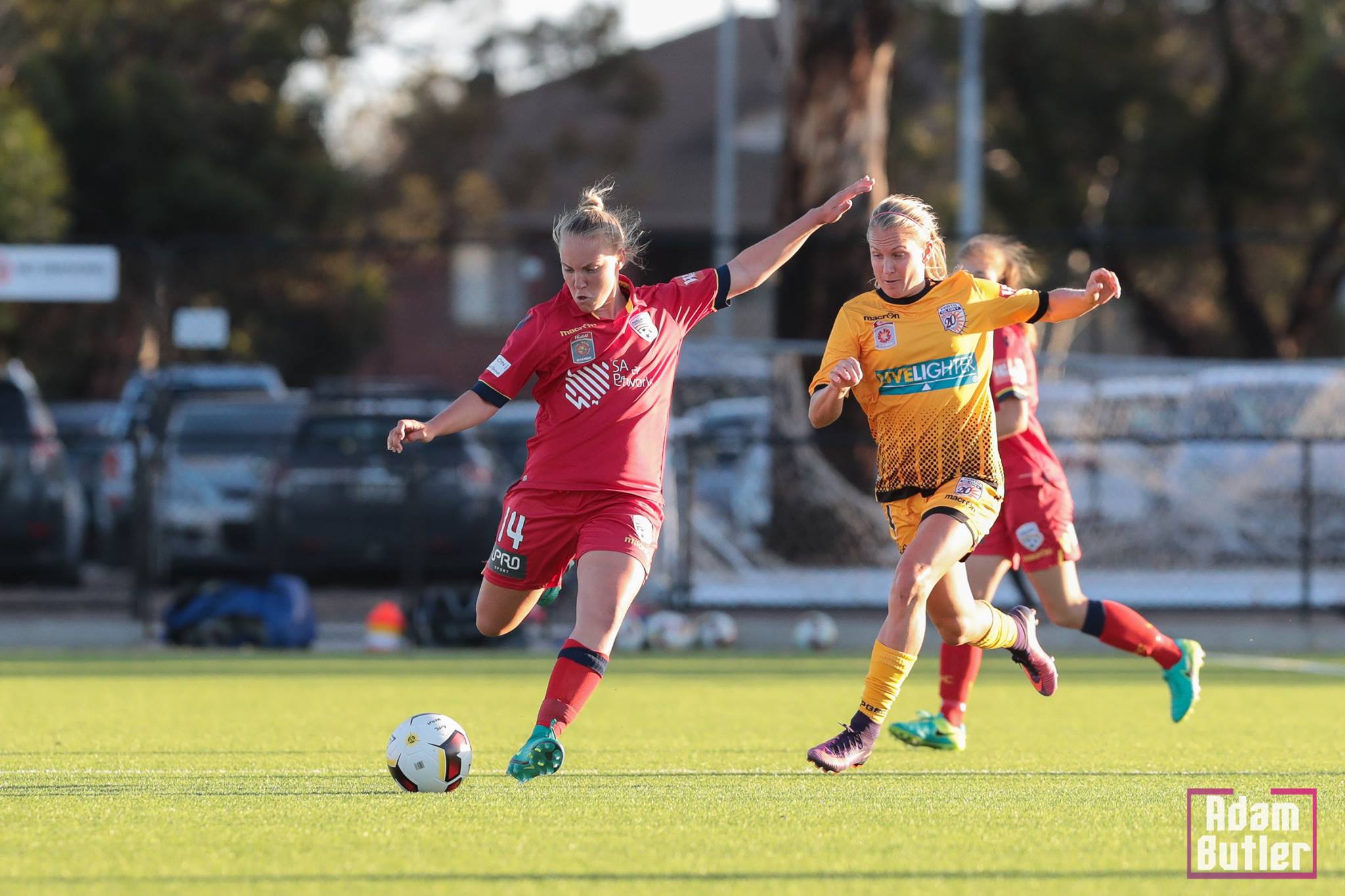 Grace Abbey (Defender): A player who has been working hard ever since she joined the Reds in 2015, Abbey’s work rate and skills earned herself a regular starting spot last season.

The 18-year-old is a versatile and strong defender with the ability to play both sides of the ball. Abbey’s ability on the ball saw her deployed as a midfielder for Adelaide City in the South Australian NPL (who won the championship). Another season at United for the bright youngster will provide her with more opportunities to mature and develop her abilities as a stable player in defence.